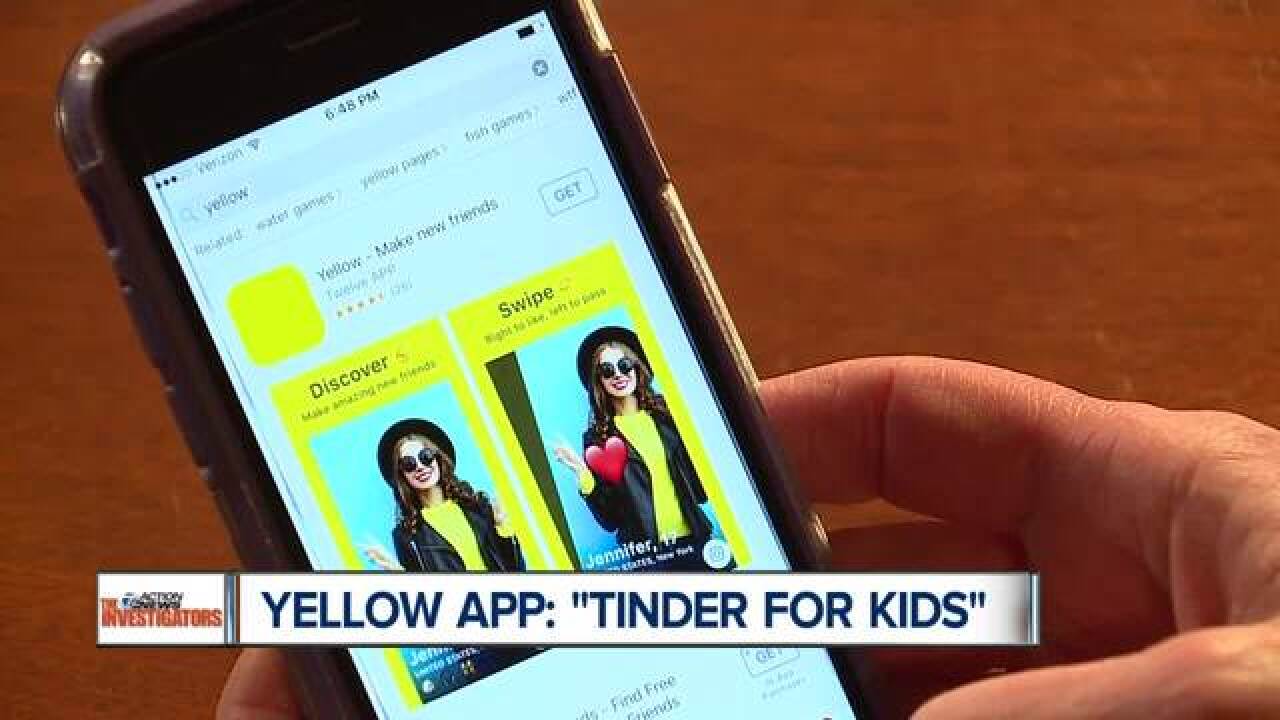 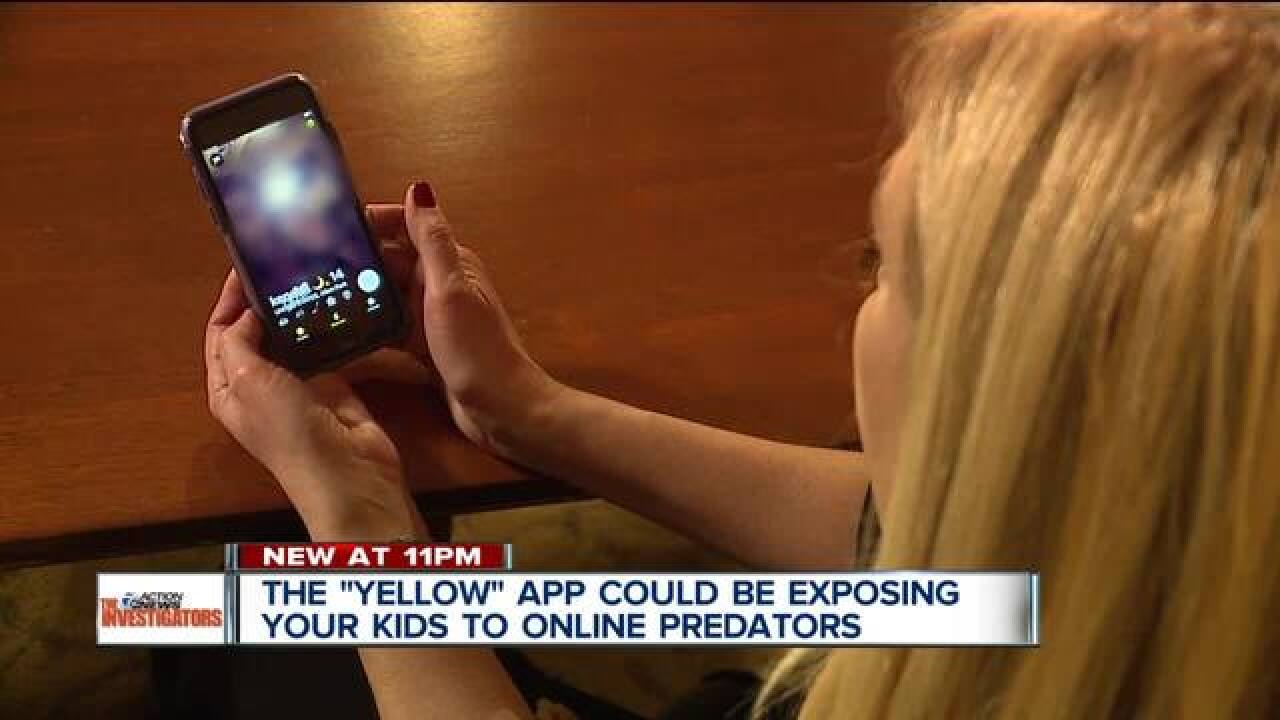 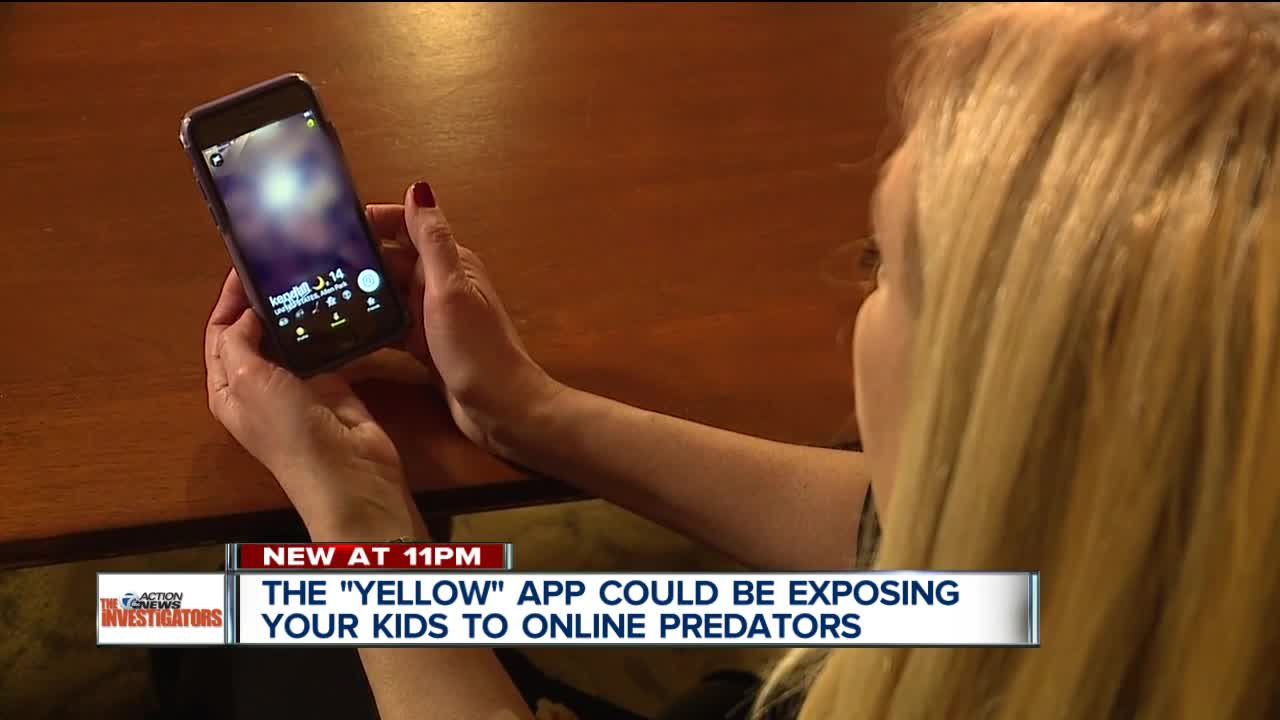 Parents are calling a new app "Tinder for Kids," and now this hot new smartphone app has caught the FBI's attention.

You’ve probably heard the expression “swipe right” to connect with someone you’re interested in on the dating app Tinder. The app called Yellow is the same kind of concept, and many parents are worried about who’s using Yellow.

Once you’re connected, Yellow users can swap messages, even pictures, similar to the popular dating app Tinder.  But with Yellow, it's primarily teens who are using it.

“It’s just not appropriate for children,” said Kristen Smolen.  Kristen has a 10-year-old daughter, and 2 teenage sons.  She downloaded Yellow to check it out, and says what she saw in the app was concerning.

“I went on and saw some of the pictures. And while some were very innocent, there were girls that wore provocative tops. There were some boys that didn’t have shirts on.  And if I’m a predator, whether it’s male or female, this is a prime area to find a potential target, and make that contact,” said Kristen.

Adding to Kristen’s concern:  there's no age verification system on Yellow. That means there’s nothing in place to stop an adult from posing as someone much younger.

"We're now in a stage where adults are using it to target students and to groom them. And grooming only leads to one conclusion. That's a sexual encounter with a child,” said school district attorney Rhonda Porter.

To test the app and demonstrate just how easy it is, the 7 Investigators set up a Yellow profile as a 13-year-old girl.  We never had to prove our age.

Within moments of downloading Yellow, we were able to “swipe right” on dozens of local kids.

“It's very easy to put in a fake birthday and portray yourself as a 15-year-old boy that plays football at the high school," said FBI Special Agent Vicki Anderson.  Anderson says while social media apps are not inherently 'bad,' the FBI is very familiar with many of them, and they often check those apps immediately during a missing child investigation.

"It's an important time to warn parents-- you need to be parents. Be nosy. You need to know who you're kids are talking to and what information they're putting online," Anderson said.

As for Kristen Smolen, she says she won’t be letting her kids use this app.

“It’s just going to get you into trouble.  There’s no point, you’ve got enough friends locally.  Enjoy the people that you’re with today,” said Kristen.

Yellow's developers have said they are working on an update to make it more difficult for users to change their birthdate.  Of course, we deleted the account and the app after creating it for this story.