'I do think they're dangerous.' The legal pitfalls of sexual consent apps 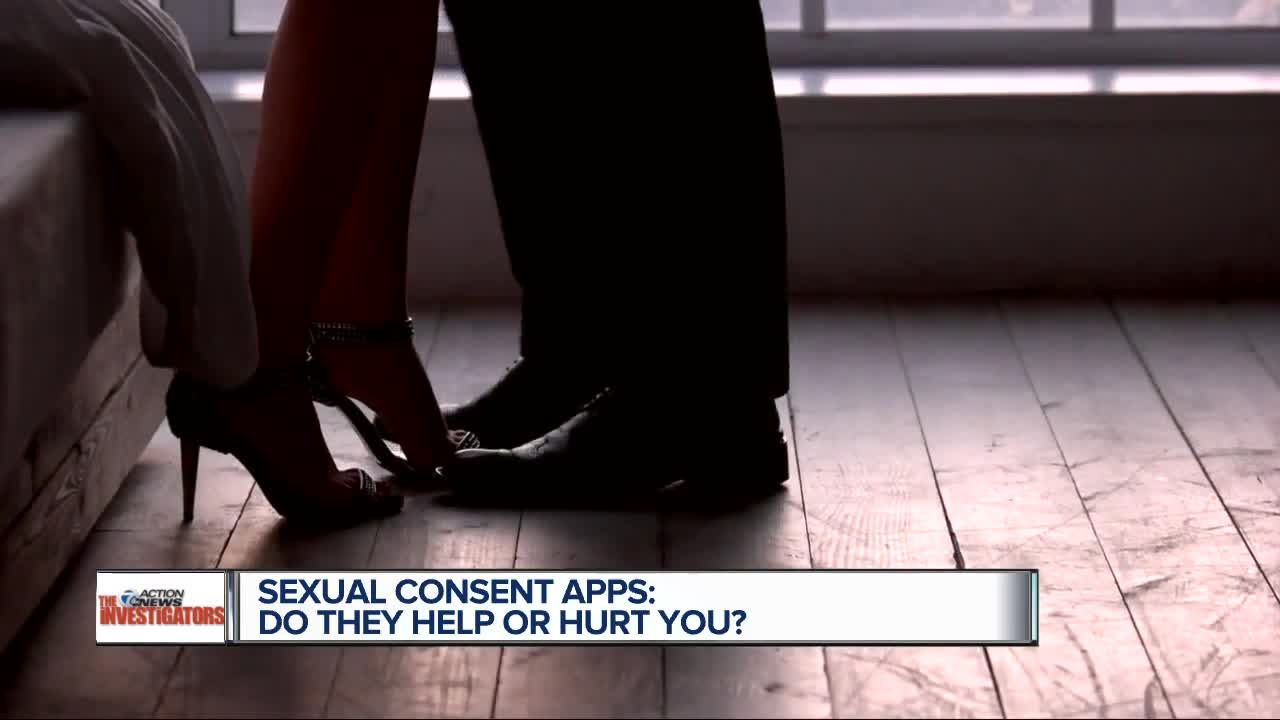 In the wake of the #MeToo movement, several apps for smartphones have been created that allow you to document consent for sex.

(WXYZ) — In the wake of the #MeToo movement, several apps for smart phones have been created that allow you to document getting consent for sex.

According to the National Sexual Violence Resource Center, one in five women and 1 in 71 men will be raped in the U.S. at some point in their lives. Now there are new ways to document consent, but do they help you or hurt you?

Adrian Sturgill says she recently became aware of a form circulating on a college campus that has her upset.

“I do think it’s dangerous,” Sturgill added. “I think it’s going to make women less likely to come forward. If they do decide to withdraw their consent at any time.”

That written permission slip of sorts isn’t the only attempt some have made at getting sexual consent in writing.

“Anybody is allowed to withdraw consent at any time,” she said.

Consent concerns and sexual harassment issues have made headlines for years, but especially in the #MeToo era.

There are now several smartphone apps where you can create a somewhat of a virtual contract to consent to sex. But are these a good idea? And what happens if a criminal case ensues after a sexual encounter?

“In order to use one of these apps, you have to reveal something that could be really unpleasant for you later on if it comes up in court,” he added.

Prescott says consent apps or forms could prompt someone to think they have permission to cross the line.

“If you actually consent over one of these apps to some sort of sexual activity, you ought to be concerned that now the person that you’re engaged in this activity with, might be comfortable going a little bit beyond that,” Prescott said.

He also says the apps can help someone who becomes falsely accused of assault.

“It’s really about producing evidence, and framing the interaction between the parties, and having some hard, actual data, that the parties can point to back up their stories of what happened,” said Prescott.

Because consent can change at any time, the apps or a consent form ultimately prove nothing. Consent must be voluntary and knowing, so if you’re drinking, you may not be able to truly give consent in an app or otherwise.

“It’s not a solution. The solution is teaching people how to respect others. And how to maintain that level of verbal consent throughout the whole process,” said Adrian.

Some of the apps say their agreements are legally binding, but legal experts say contracts like this are very hard to enforce. Several of the consent apps are no longer allowed in the App Store or on Google Play due to the content. But some of them are still available.