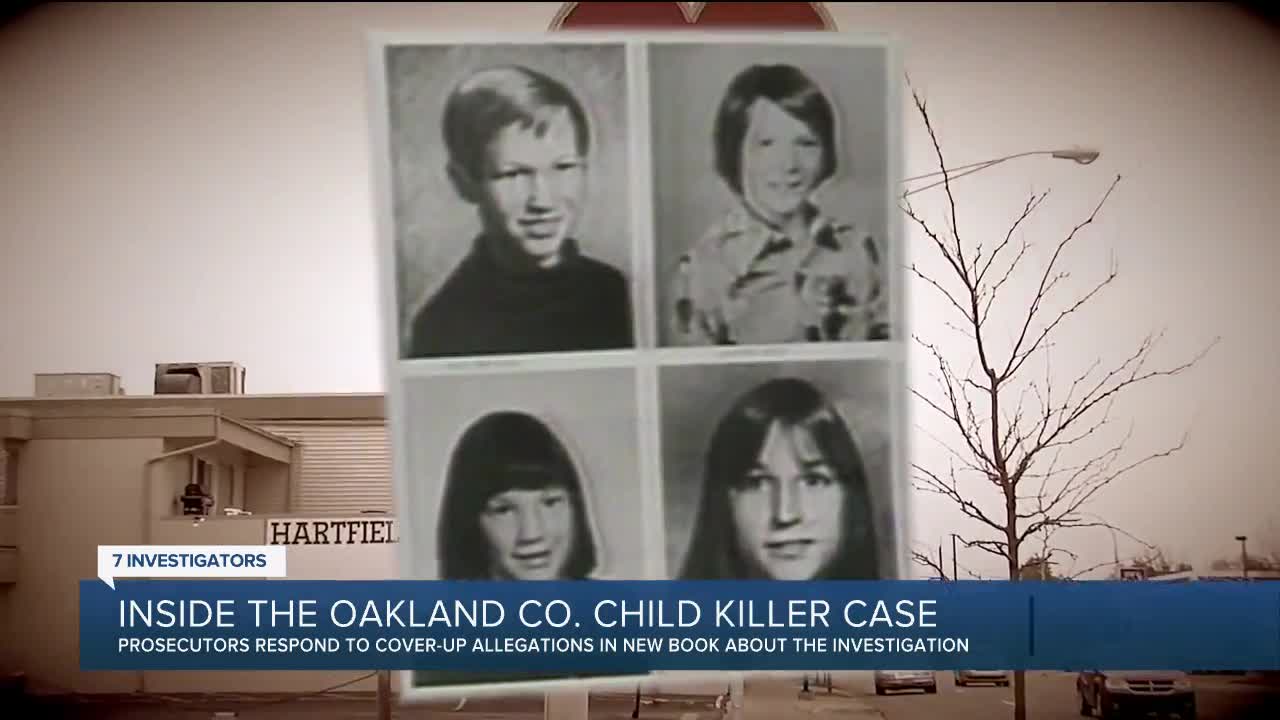 Police and prosecutors rarely talk about the inner workings of the Oakland County Child Killer case. 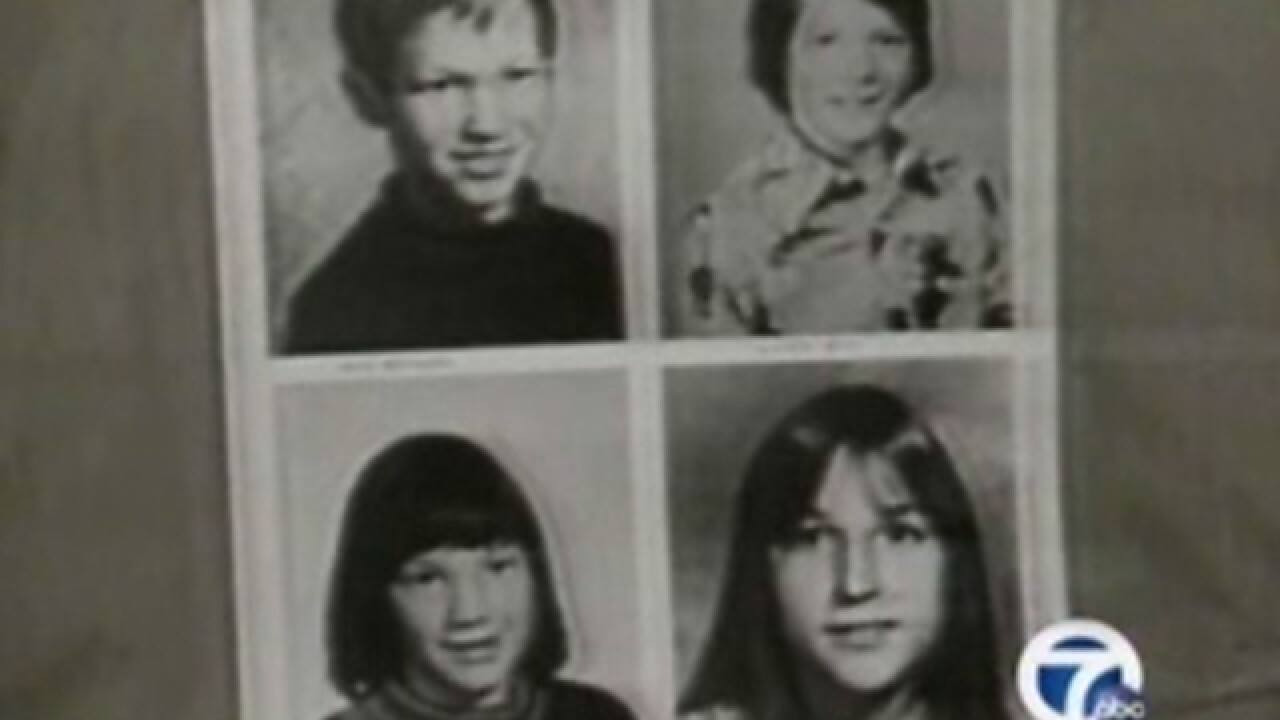 But now in an exclusive interview, one of Oakland County’s top prosecutors is answering questions and responding to allegations in a new book about the decades-old case.

Between 1976 and 1977, four children were abducted, held for days, and later murdered. The killer (or killers) became known as the Oakland County Child Killer.

Even though 44 years have passed, the case still has not been solved. And it’s finally clear that a lot of false information has been publicized over the years.

“It’s absolutely horrible to see, that families have to go through this,” said Paul Walton, chief assistant prosecutor for Oakland County. Walton oversaw the county’s involvement with the case for years.

“So what we tried to do is strip the case back down to the very basics. We contacted all the original investigating agencies, we requested their assistance,” Walton said.

Eleven-year-old Timothy King was the last known victim of the Child Killer. Because his body was left in Livonia, Wayne County has been part of the case for years.

A new book about the murders, “The Snow Killings,” chronicles the perspective of a Wayne County detective and that prosecutor’s role in the case.

“The Snow Killings” even alleges that Oakland County obstructed the case in recent years.

“Did your office obstruct this case?” 7 Investigator Heather Catallo asked.

“No,” Walton said. “In fact, this office went through and did a complete review of all the forensic evidence. I understand that that wasn’t done before.”

In the last decade, the King family helped discover one of the most promising leads: A four-time convicted pedophile named Christopher Busch. Busch allegedly killed himself in 1978. The King family and the book’s author allege Oakland County Prosecutor Jessica Cooper treated that lead and the King family badly.

“From the get-go, the Oakland County Prosecutor discounted the Busch lead,” said Marney Keenan, author of “The Snow Killings.”

“Could it be Busch? Yes! It could be. Could it not be Busch? Could not be, too,” said Walton.

“Did this office kill that lead?” Catallo asked.

“No! No. We explored that lead,” Walton said.

Walton said misinformation and assumptions made over the years have hindered the case.

For example, when an investigative report authored by a Wayne County detective described “bloody ligatures” found at the Busch suicide scene, Walton said Oakland Country discovered there was no blood on those ropes.

“What we did is we actually found the state forensic examiner who conducted that investigation, located him in Chicago. We sent an investigator down, interviewed him, and said - did you know what you were looking at? And he goes ‘yes, and my report says there was no blood on this ligature,’” Walton said.

There are several other examples of misinformation that’s in the public domain.

The car often associated with this case, the Blue Gremlin, is likely the wrong suspect car.

The 7 Investigators were the first to report years ago the real suspect vehicle was likely a Pontiac LeMans or Tempest.

Also, Walton said a widely publicized suspect sketch made back in 1977 is not of one person, it’s a combination of various suspect descriptors rolled into one.

“So you’ve got kind of this lore that is created around this, and when you start delving down into the facts of the case, or the evidence of the case, you see a lot of misleads or missteps,” Walton said.

Walton also said it’s not even clear if all four children were abducted and killed by the same person.

At one point, information was made public that gold carpet fibers in the victims' socks tied the cases together, suggesting they were all held in the same home. Walton said that’s not true, either.

“So they didn’t all match one location? Or one carpet?” Catallo asked.

There is a form of DNA evidence connecting the two boys– the first victim, Mark Stebbins, and the fourth victim, Tim King. A mitochondrial DNA similarity, which means the results link it to 1 in 1814 people, potentially ties three hairs found on the boys and inside a car that belonged to Arch Sloan.

Sloan is a 78-year-old convicted pedophile serving a life sentence in Michigan prison. While the hairs don’t match Sloan, the 7 Investigators were the first to report that Sloan did fail a polygraph about the child killings. Walton can’t comment on that, but can say he wishes the case could be solved.

“I wish we could turn around and say tomorrow that we think forensically we can point to one individual, or someone’s made admissions,” Walton said. “I am very empathetic towards Mr. King. I wish we could come to him and say we have identified who abducted and killed your child. That has always been our goal. But to go to him and say, ‘I think, maybe, could be…’ I don’t know that that advances anything for him.”

Both prosecutors and the victims’ families hope that advances in DNA technology may provide more clues. But the genetic evidence in this case is very challenging: It’s very old, and it’s not the of slam-dunk nuclear DNA evidence that you hear about that cracks other cold cases.

The King family believes there are a lot of people out there who still know something, and they hope eventually someone will come forward.

Heather Catallo can be reached at hcatallo@wxyz.com