The fix that failed: how Kevin's Law never delivered on its promise to help the mentally ill 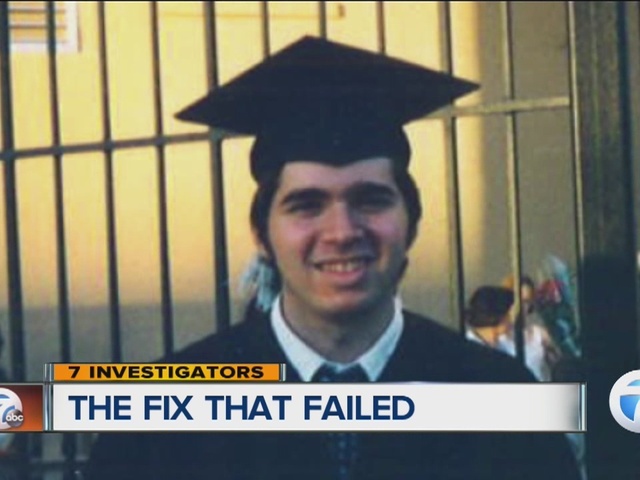 The fix that failed 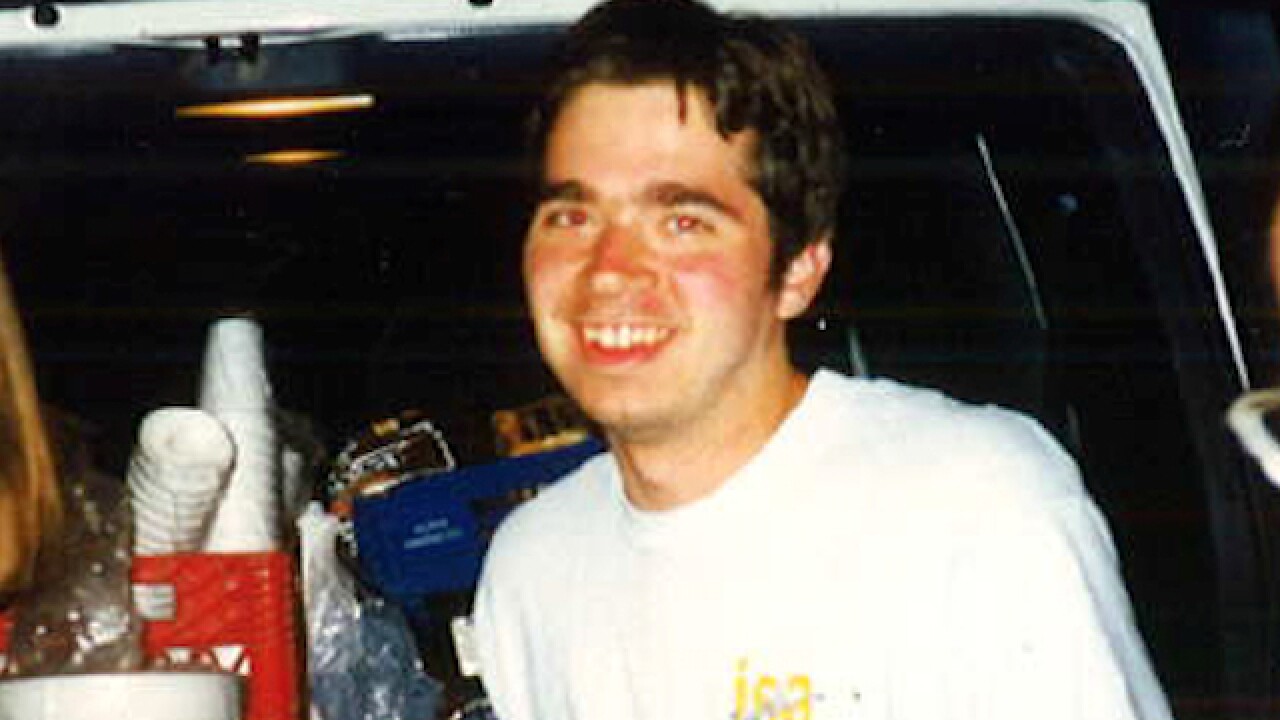 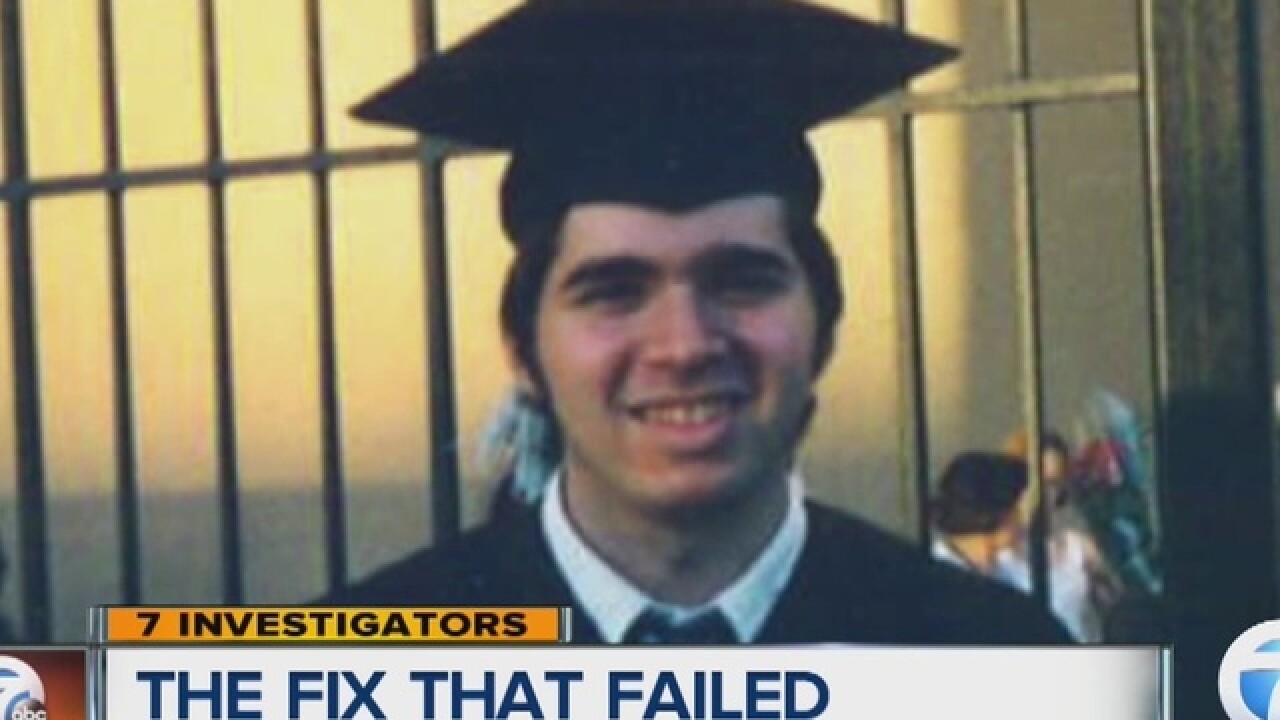 Charles Heisinger’s son Kevin was supposed to turn 38 this year.  The math wizard with an IQ off the charts and a degree from Northwestern was known by friends as much for his heart as for his brain.

"Kevin always helped people," said his dad. "He was a very smart individual, but he liked to help people."

But at a bus station 14 years ago, Kevin Heisinger was murdered. The 24-year-old was preparing to attend the University of Michigan for grad school. He wanted to become a social worker, and help those in trouble.

In August 2000, Kevin was returning from orientation at U of M when the bus he was riding pulled off at a station near Kalamazoo. He got off to use the restroom and was attacked.

"Kevin was washing his hands, and he came in from behind," said his father Charles. "He knocked him down, kicked him on the head a few times.  Probably about five minutes after he was assaulted, he died there on the bathroom floor."

Kevin bled for several minutes before anyone even came to his rescue. The man who bludgeoned him suffered from paranoid schizophrenia, and stopped taking his medication. He was the kind of troubled person Kevin wanted to help.

"Our mental health system is so bad in so many ways that you have to try things," said Mark Reinstein, CEO of the Mental Health Association in Michigan.

After Kevin’s murder, mental health advocates like Reinstein said Michigan needed a new way to intervene in the lives of people with a mental illness. At the time, Michigan law only allowed a court to order care if someone was in crisis: a threat to themselves or someone else. The only action a court could take was ordering hospitalization.

But after talking with mental health experts, State Legislator Tom George introduced a bill that was supposed to provide more meaningful care.  It would allow courts to intervene earlier, before danger was imminent.

"It was a pathway to make it a little easier to get care for the severely mentally ill," George told Channel 7.

Instead of hospitalization, this new law would allow judges to order outpatient services like a case manager to make sure you were taking your medicine, supervised living arrangements or any other service needed to prevent relapse.

Judges, like Wayne County’s Milton Mack, say that kind of treatment is more effective than sending someone to the hospital.

Signed into law in 2005, it was called Kevin’s Law, and some called it “the beginning of hope.” Judge Mack was one of the biggest advocates for Kevin’s Law. Ten years after it was signed, he called it  "a complete failure."

To get care under Kevin’s Law, a loved one or guardian needs to file a petition with a court.  But last year, in all of Wayne County, only three were filed. In most counties, that’s high.

In fact, of the more than 20,000 mental health petitions filed across the entire state last year, less than only 69 used Kevin’s Law.

"Kevin would be upset about it, too," he said.

For 15 years, James Haveman has been the head of Michigan’s Department of Community Health. Why the law has been so sparingly used is a mystery to him, and he’ll leave office without a plan to fix it. A week after this interview, he retired from office, citing health concerns.

"It's being not utilized like it should," Haveman said. "Kevin’s Law should be used more than what it is."

One of the biggest roadblocks to using Kevin’s Law is that it was passed without a penny of funding. If you don’t have insurance, it’s up to Community Mental Health organizations to pick up the tab: the same groups that have seen state funding fall year after year after year.

Judges like Milton Mack are asking that when someone petitions the court to hospitalize one of their loved ones, that judges have the option to order outpatient treatment allowed under Kevin's Law; treatment that he says is much more effective. But for that to happen, the legislature and governor would would need to change the mental health code.

For the upcoming fiscal year, Gov. Snyder asked for just over $1 million to help train and implement Kevin's Law. Experts say it’s a nice gesture, but not even a drop in the bucket.

Fourteen years after his son’s murder, Charles Heisinger says he wishes he could talk to his son one more time, just to tell him he was so proud of him. One day, he hopes, he’ll be proud of Kevin’s Law, too.

"We loved him, and his life was cut too short.," said his dad.  "Everybody loved Kevin Heisinger"