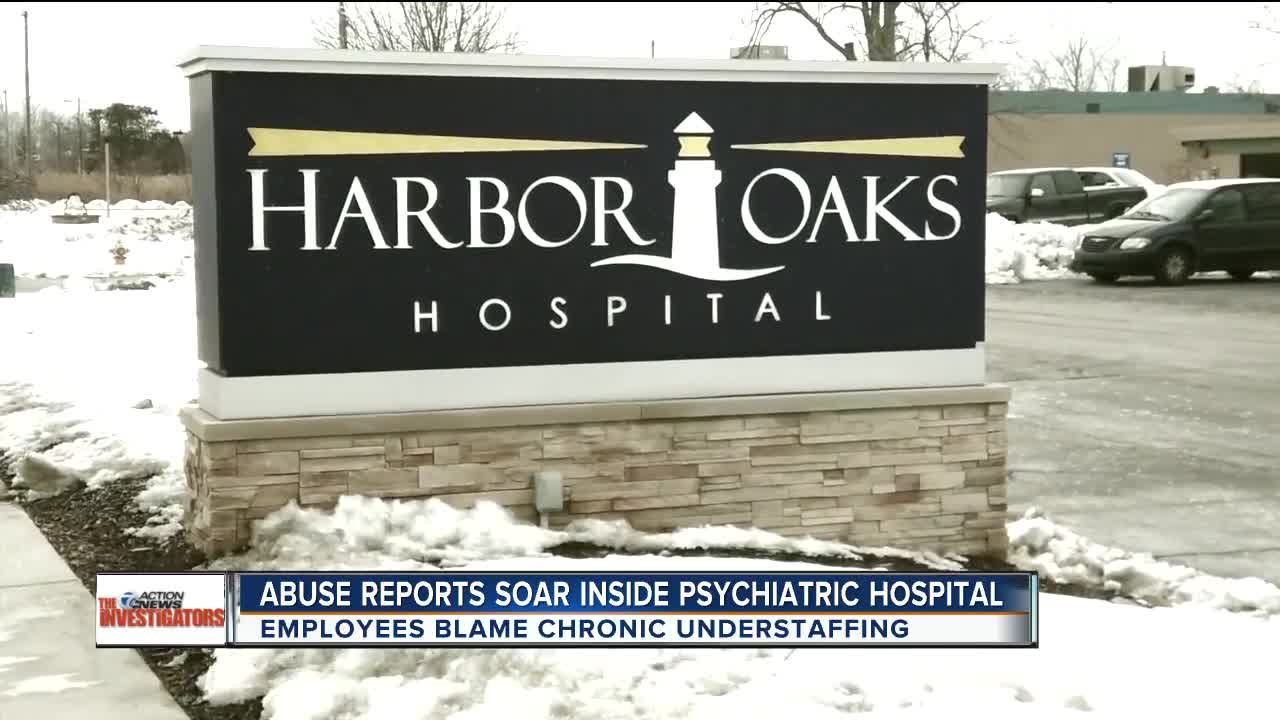 Violence inside a New Baltimore psychiatric hospital has soared in recent months, according to police records and staff inside the facility. The allegations follow years of reporting by 7 Action News documenting physical and sexual asbuse charges inside Harbor Oaks Hospital. 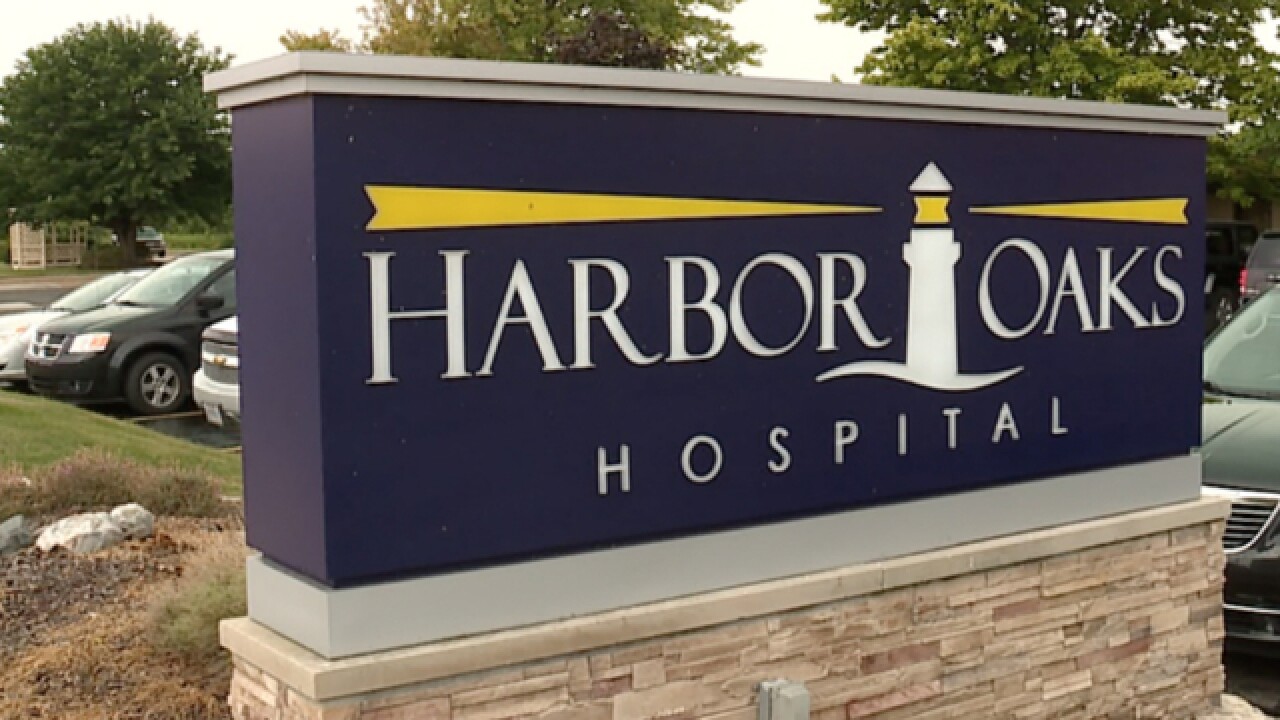 NEW BALTIMORE, Mich. (WXYZ) — Violence inside a New Baltimore psychiatric hospital has soared in recent months, according to police records and staff inside the facility. The allegations follow years of reporting by 7 Action News documenting physical and sexual asbuse charges inside Harbor Oaks Hospital.

“I’ve even had patients that tell me they will never seek help again because of their experience at Harbor Oaks,” said Autumn Konwerski, who worked at the hospital for just under a year.

Within months of starting her job as a behavioral health technician, Konwerski said she went from wanting to help to badly needing it.

On paper, she says Harbor Oaks looks like it’s properly staffed. Autumn worked with two nurses who were supposed to help her manage patients. But reality, she said, was a different story.

“I was in charge of 14 people by myself,” she said. “The LPN is pulling meds, the RN is doing paperwork and charting. So on the floor with the patients is one tech.”

In July alone, four patients reported they were the victims of crimes. In one instance, police were called after a woman was repeatedly punched by another patient.

Later that month, a man reported being sexually assaulted when another patient with a lengthy criminal history “stuck his hand up (his) gown and grabbed his penis.”

In just five days at Harbor Oaks, Jacob Osborne says he was involved in two assaults. The first didn’t leave much of a mark. He wasn’t as lucky with the second.

“A right hook to my left ear and,” he recounted, “punctured my ear drum.”

“It didn’t help me one bit. If anything, I’d think they’d want to keep you away from violence rather than push it all together,” he said.

In August and September, three more assaults were reported, including one where a patient suffered a concussion.

One patient accused in three different assaults at the hospital is accused of attacking a Harbor Oaks nurse. A warrant is being pursued by police.

All told, between July 10 and December 3, 13 physical assaults and 1 sexual assault were reported to New Baltimore police.

Tom Watkins spent years as CEO of the Detroit Wayne Mental Health Authority, and before that, was in charge of the state’s mental health system. He says mounting abuse inside the hospital should have the attention of state watchdogs.

“They’re at the hospital for help They shouldn’t end up abused in any fashion," Watkins said. “And when it does happen, there needs to be accountability.”

And yet, when the state’s department of Licensing and Regulatory Affairs has inspected Harbor Oaks, it consistently found the facility to be in compliance.

But internal e-mails show that other state officials felt differently. In the summer of 2018, Dr. George Mellos was hospital director for the Bureau of Health Systems. And in a string of e-mails with a colleague, he worried about understaffing at Hawthorn Center, a state hospital for children, writing, in part: “We must not let (Hawthorn Center) be the next Caro or Harbor Oaks.”

Caro is one of the few psychiatric facilities still operated by the State of Michigan.

Mellos declined an on-camera interview about his comments, but through an MDHHS spokesman, said: “Harbor Oaks is not operated by the state” and that “MDHHS does not have authority over staffing levels.”

“Harbor Oaks is the responsibility of the state,” Watkins said, pointing out that it is the state that licenses the hospital.

“Certainly somebody going into a hospital and being harmed, physically or emotionally—even greater—is just unacceptable. And it should be unacceptable all the way up the line," he said.

As you would suspect, patient privacy and confidentiality prohibits us from commenting on particular incidents.

What is very important for your viewers to know is that Harbor Oaks takes all incidents and issues very seriously. We address them immediately. We promptly investigate any allegations of abusive behavior among residents and report them to law enforcement, state agencies, and guardians. The safety and rights of everyone in Harbor Oaks – our patients and staff – have been and always will be the hospital’s top priorities.

Harbor Oaks serves residents who are very vulnerable and at-risk. We follow strict protocols and standards to administer proper care. The hospital is accredited by The Joint Commission and licensed by the state of Michigan.

It was unacceptable to Autumn Konwerski. After less than a year at Harbor Oaks, she quit last month, concerned that she couldn’t keep patients, or herself, safe from harm.

“Sooner or later, the travesty, the dam will break,” Watkins said. “And people will say what they have historically said. How did this happen? How did we not know? Well they didn’t know, often times, because they didn’t want to know.”

Earlier this year, the Michigan Department of Health and Human Services released a separate investigation looking into how Harbor Oaks responded to reports of neglect and abuse. The findings "deeply concerned" the state's top health official.

After being found to be out of compliance in multiple key areas, the hospital has shown improvement.