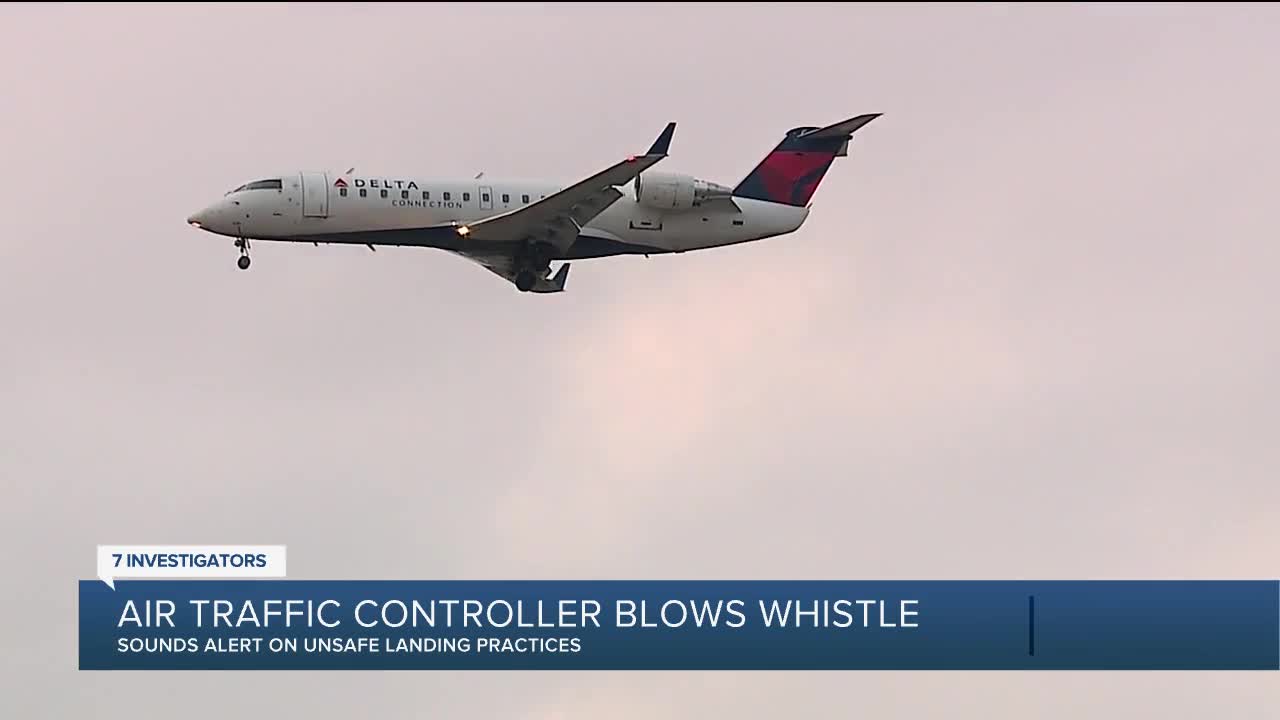 An air traffic controller at Detroit Metro Airport is blowing the whistle on what he calls a dangerous system used during landings at the airport. And now the U. S. Special Counsel has alerted the president about these safety concerns. 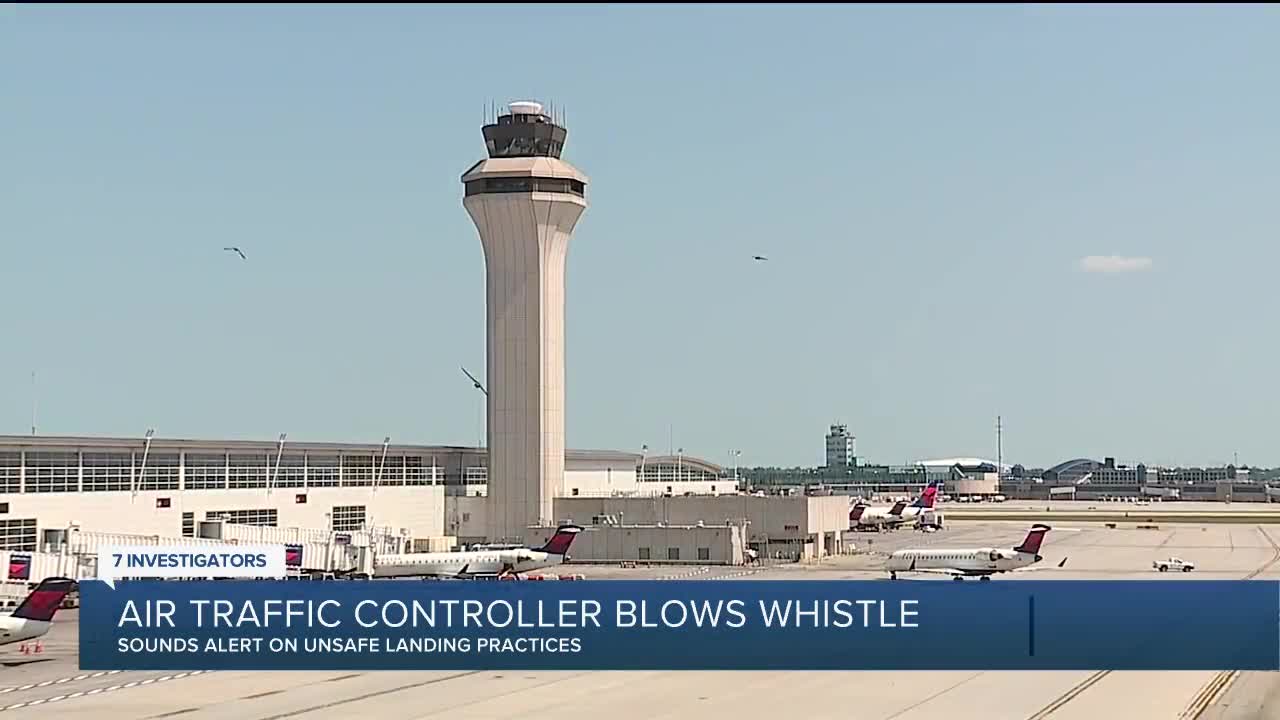 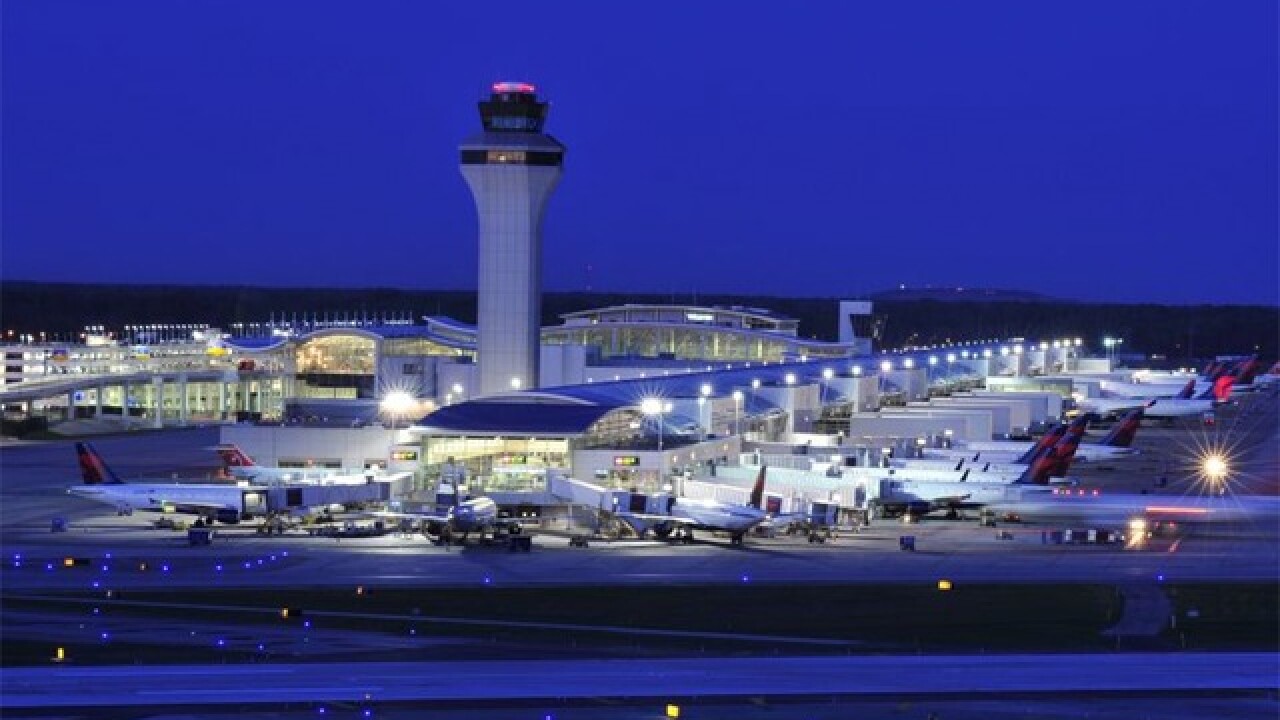 ROMULUS (WXYZ) — Editor's Note: The 7 Investigators started working on this investigation last fall, when it was still safe to do in-person interviews without masks, thus you will notice no social distancing in the video.

An air traffic controller at Detroit Metro Airport is blowing the whistle on what he calls a dangerous system used during landings at the airport. And now the U. S. Special Counsel has alerted the president about these safety concerns.

Landings and takeoffs are the most critical part of flying, especially when the weather is bad.

That’s why air traffic controllers at Detroit Metro Airport have been worried about an antenna system that’s supposed to provide course information to pilots as they approach the airports western-most runway.

Pilots and Air Traffic Controllers at DTW say the ILS Y approach system is a major safety concern, meaning some pilots have to abort landings due to signal interference. At 6pm, @HeatherCatallo shows us what U.S. Special Counsel recommends in a letter to the president about this. pic.twitter.com/3e9V3gCFxG

“You’re well east of the final runway 22R – are you correcting or did you miss the localizer,” asked the controller.

In another recording, a pilot urges the tower to change runways after a troubling approach in bad weather:

“Trust me that’s a constant discussion,” said the controller.

“No it’s not a discussion, it’s a safety issue coming from the pilots,” said the pilot.

“You guys can call the tower and talk to the supervisor about that, it’s out of my control, and I agree with you,” said the controller.
“I need a phone number,” said the pilot.

“I was concerned for the safety of the flying public and the pilots,” veteran Air Traffic Controller Vincent Sugent told 7 Investigator Heather Catallo.

Sugent has worked in the Detroit Metro Tower for decades. He certified as an air traffic controller back in 1983, when he was in the U.S. Navy.

Sugent says he told Federal Aviation Administration (FAA) management about the problem with the offset localizer in 2015.
“I said there’s going to be an issue and I said we need to stop this,” Sugent said.

Sugent says if the signal to the plane gets interrupted, the pilots can overshoot the runway, forcing them to abort their landings. Sugent says that could result in a devastating collision.

“They could actually hit in poor weather,” Sugent said.

Federal records show the FAA did stop using this air traffic procedure back in 2015 “due to safety concerns.”

But in August of 2018, the FAA started using the “ILS Y approach” yet again, despite the signal interruptions on the runway. Records show the “FAA stated that ‘this effect has been deemed an acceptable risk.’”

So Sugent filed a federal whistleblower complaint with the Office of Special Counsel, alleging “the FAA has prioritized airport efficiency and capacity over the safety of the flying public…”

Sugent says if the antenna was just moved, the problem could be solved.

“It’s that simple, and it’s a simple solution to fix it,” Sugent said.

The FAA said Sugent’s allegations were not substantiated and said the location of the offset localizer does not create “imminent danger.” But the U.S. Special Counsel disagreed and wrote a letter to the President saying, “the agency’s findings do not appear reasonable.”

“I urge the FAA to further review the safety issues associated with the ILS Y approach procedure and take the steps necessary to resolve them,” said Special Counsel Henry J. Kerner in the letter to President Trump.

“What’s your message to the FAA,” Catallo asked.

“Do [your] job. Move that piece of equipment to where it should be so the signal does not get interfered with,” Sugent said. “We should be making it safer.”

7 Action News reached out to the FAA about the U.S. Special Counsel’s recommendations and so far has not heard back.