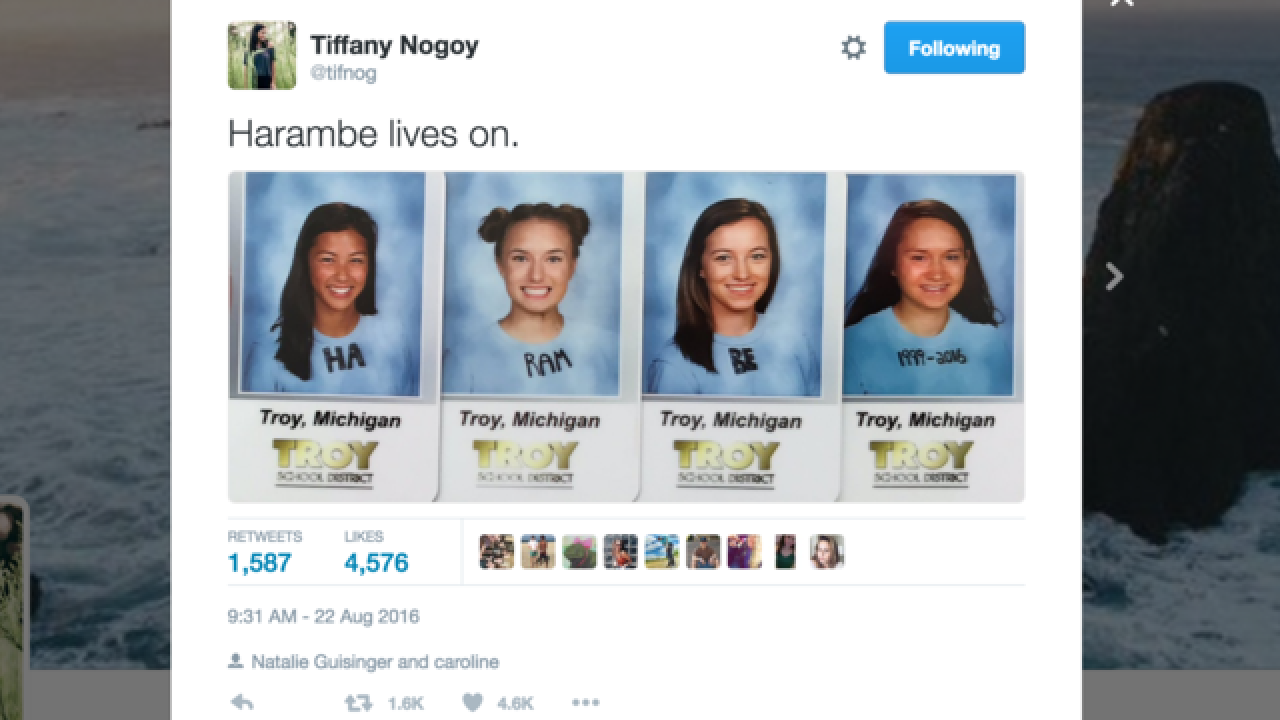 You may have noticed Harambe showing up across the Internet over the past couple weeks, and now a group of local students are honoring the gorilla with their student ID pictures.

Tiffany Nogoy tweeted out a photo of student ID pictures featuring Tiffany and her friends. The girls are wearing shirts with "Ha" "Ram" "Be" and "1999-2016" written on the shirts. All are seniors at Troy High School.

Harambe was shot and killed in May to protect a 3-year-old boy who had entered its exhibit.

The Cincinnati Zoo said it is not amused by the Harambe memes, saying the zoo family is still healing.