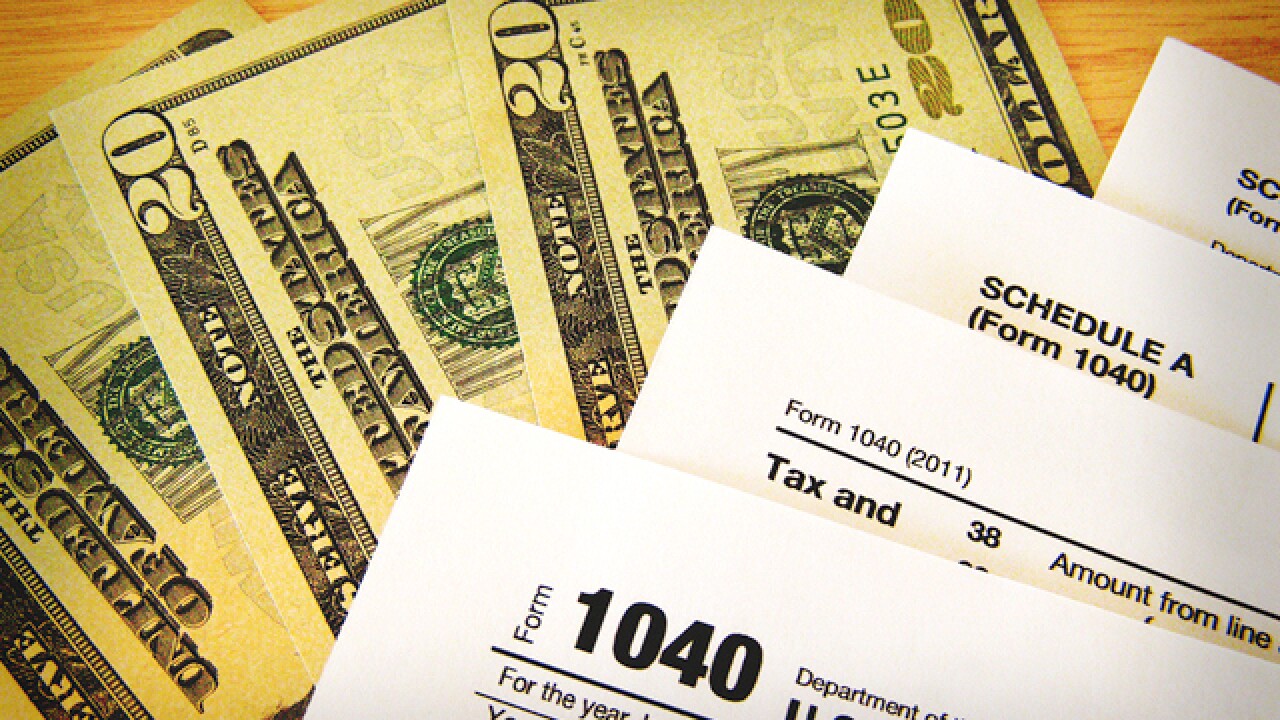 A Detroit mom is out over $900. She says her state income tax return was garnished - but it never should have been.

Roselene Thomas is a single mother on disability. She says when the lease for the Detroit home she was renting was up in 2014, she moved.

But, she was still being billed months after she left, even after she moved into a new place.

The state has since garnished her income tax return – but she’s fighting hard to get her money back.

Struggling to pay her bills and care for her two kids, 50-year-old Roselene says this was the last thing she expected to see earlier this year.

“I was wondering why my income tax didn’t come and I get the letter in the mail and it says Garner Properties was garnishing my wages.”

It all began back in September of 2014 when Roselene lived on the 5000 block of Neff in Detroit.

“I received a notice that said I had to move because the landlord wanted to sell the property.”

She says she moved at the end of the month and showed 7 Action News proof with a residential lease for her new place signed on September 29th. A payment receipt also shows she had no balance before moving.

According to the garnishment letter she received in February from the state treasury’s office – $917 was held for the 2015 tax year, citing a debt from Garner Properties & Management.

“I’m like why are you garnishing my wages … because you guys are the ones that asked me to move.”

Frustrated and confused, Roselene wasted no time trying to get her money. She headed straight to 36th District Court.

“I filed a motion for reconsideration.”

There was initial time to challenge the collection case, only problem …

“I never got the judgment, so they were awarded money.”

She says all notices pertaining to Garner Properties and rent money she didn’t owe were being sent to an address she never lived at.

“They put my name on an address that I didn’t belong to in order to miss a judgment date ...that they sent the collect rent that I did not owe.”

For months, Roselene has been relentless on the phone and in the courthouse, trying to get her money that she believes was fraudulently taken in this rent collection catastrophe.

We reached out to Garner Properties, and in an email, the owner told us they can’t garnish tax returns or wages without going through court procedures, adding “Ms. Thomas would have had a number of opportunities to challenge any type of collection case or garnishment judgment before any action was taken.”

The owner then told us he was not available for an interview, but would notify his attorney.

We emailed and left messages for the company's attorney – even paid him a visit – but couldn’t get a hold of him.

We then tried to get answers from the Michigan Department Treasury. They can’t comment on specifics of any taxpayers’ case due to the revenue act, but they did tell us:

“When a citizen owes a debt, that entity could request that Treasury offset a citizen’s income tax return. It is the responsibility of the citizen to contact that entity and provide evidence that a debt is not owed. That entity would then contact Treasury.”

Roselene who has diabetes and a number of other health issues says she’s not giving up. Roselene is heading back to court on July 26th for trial with Garner Properties to fight this and we will be in the courtroom with her.

In the meantime, if something like this has happened to you let us know, so we can look into it.

Now, if you disagree with a garnishment of your tax refund or credit, the state says get some legal advice -- most places will give you a free consultation.