Louisiana crayfish popular down South could be disastrous for Michigan 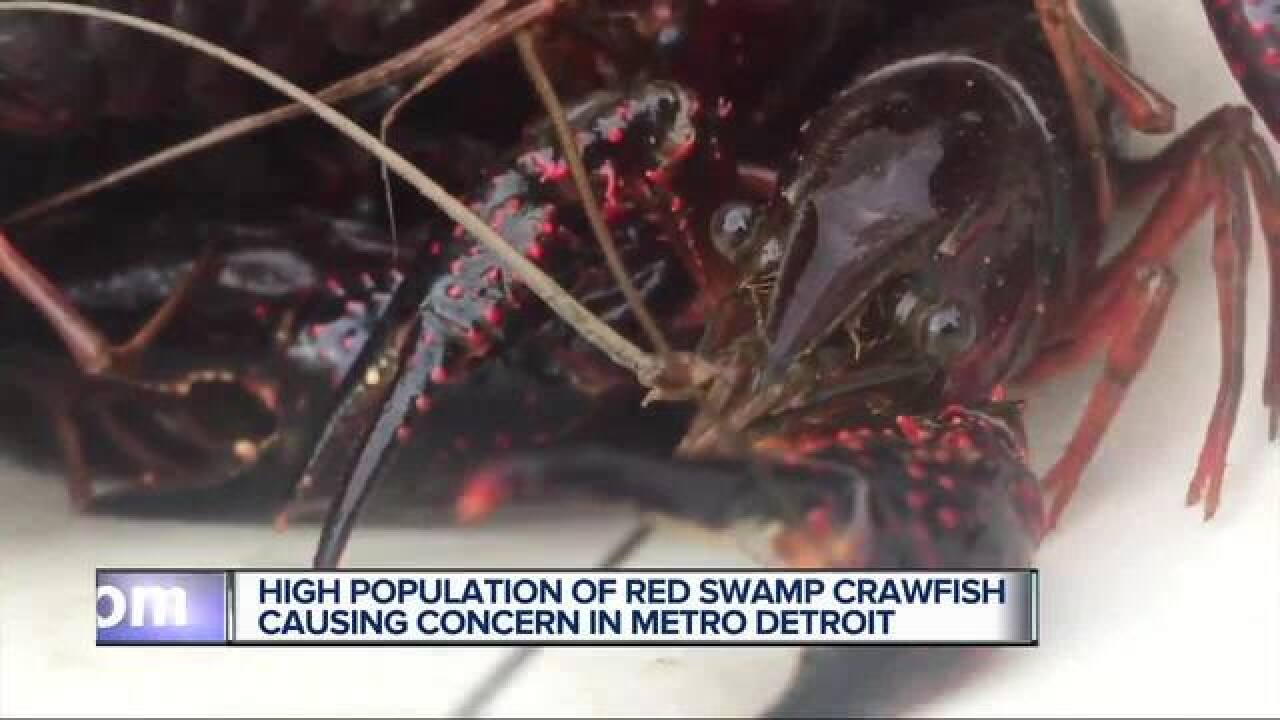 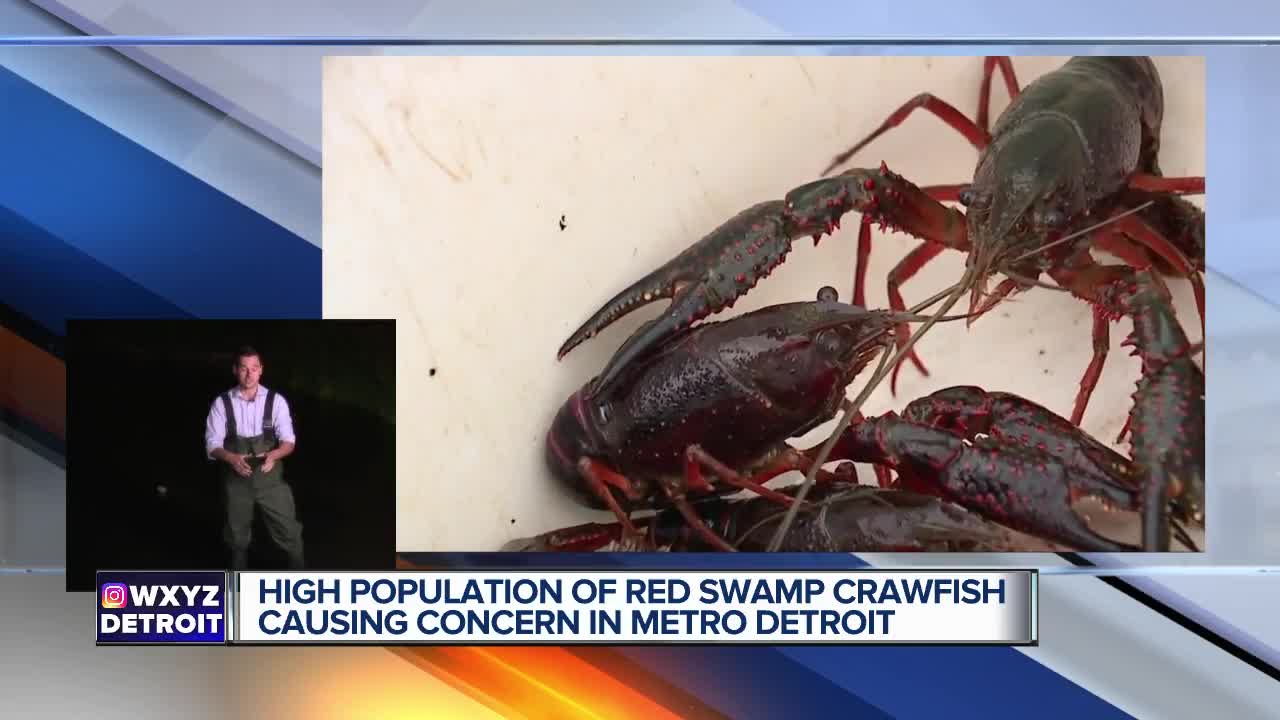 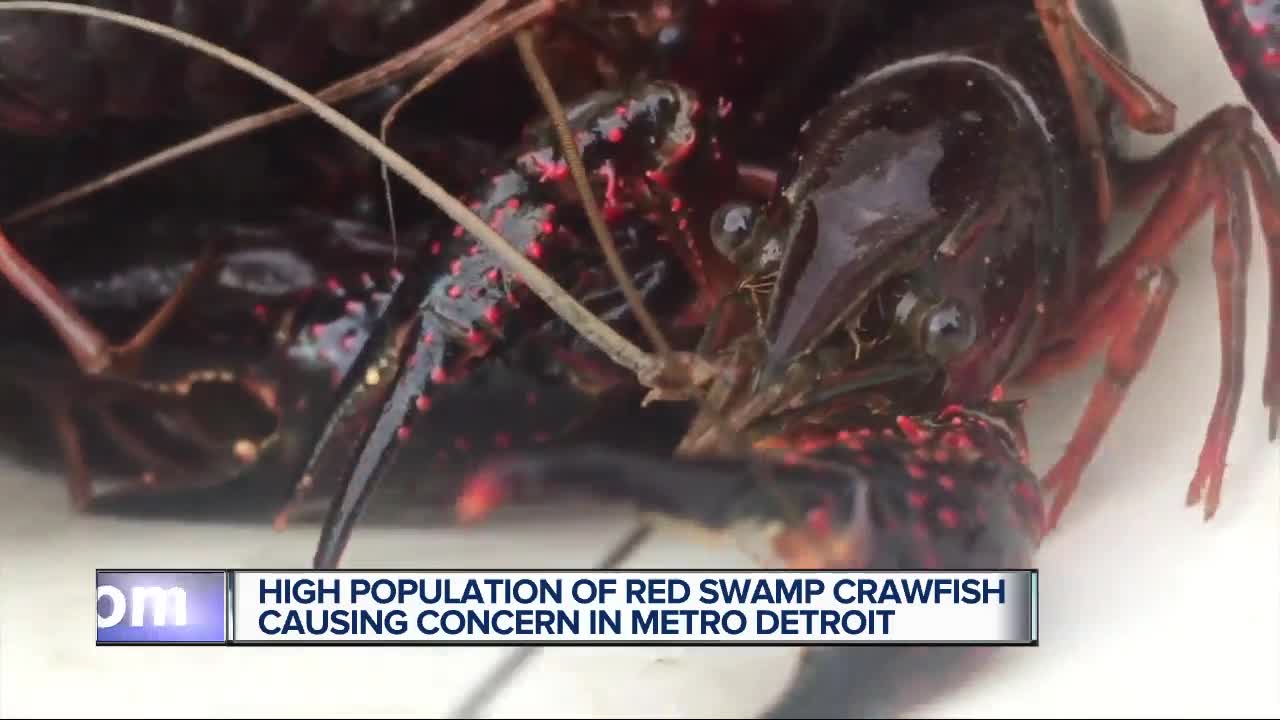 They’re red, have pincers that can draw blood and are quickly taking over a handful of Michigan ponds. The red swamp crayfish are in Michigan, and the fear is that they could be here to stay.

Known in southern states as a popular staple at crayfish boils, the red swamp crayfish — sometimes referred to as a Louisiana crayfish (or crawfish when down South)— won’t be counting the Michigan DNR among those welcoming their discovery in Michigan. Reports of fishermen using the crayfish as bait have circulated since 2013, but last year marked the first time they were discovered in the wild. The amount found was cause for both shock and alarm.

While “shock” isn’t a word typically associated with an animal that can fit in your palm, the real concern is the effect they’ll have on Michigan’s rivers, lakes and ponds — the threats include everything from the destruction and erosion of bodies of water, to crayfish eating eggs and quickly lowering the population of fish like smallmouth bass.

“We had folks come up from Auburn University who have studied these things down South,” said Sara Thomas, as she fished out a trap with more than 75 red swamp crayfish. “These densities are like nothing they’ve seen in their native range.”

It should be noted the trap was one of more than a dozen in a small retention pond in Novi. The pond is smaller than a single acre, but hundreds of the invasive species are being removed daily.

Since first being discovered last year, more than 4,000 have been removed. The location isn’t being publicized by the DNR because while they need the public’s help to identify locations where the red swamp crayfish are being found, they also don’t want people hunting/moving the species into other areas. Due to their popularity, it’s a real concern.

Adding insult to injury, a recent shipment of roughly 2,000 pounds of live illegal red swamp crayfish were found at the Michigan border in mid-July.

A truck with 55 bags of the live crayfish was stopped trying to enter Sarnia, Canada; the species is illegal to own/transport in both Michigan and Canada. Customs and DNR conservation officers confiscated the crayfish, but it’s still not known whether the person who was stopped made any stops in Michigan before they attempted to enter Canada.

“Of course, it’s frustrating because red swamp are a prohibitive species,” said Thomas.

The red swamp crayfish aren’t going away easily — experts had hoped that the red swamp crayfish wouldn’t be able to survive a harsh Michigan winter, but as Michigan State and DNR researchers have returned for a second year of trapping, they’ve been removing the invasive species at the same rate as they did in 2017.

Currently, they’re trapping and removing the red crayfish daily, but if numbers don’t come under control they’ll be exploring chemical controls. In other states that the red swamp crayfish have appeared, entire bodies of water have been “bleached” and in one instance, an entire pond was paved and turned into a parking lot.

If that sounds drastic, it’s because of the threat the crayfish pose. Unlike native Michigan crayfish, the red swamp crayfish can burrow up to 6 feet into the shoreline — that creates erosion concerns, an issue that’s already noticeable after just one year of the crayfish in Novi.

There is also concern that the crayfish could eat fish eggs and curtail species like the smallmouth bass. The red swamp crayfish grow larger than the eight native Michigan crayfish, meaning they can out-compete their closest thing to rivals. Since they burrow, it makes it harder for birds to kill them. In other words, they reproduce quickly, have few predators and could damage the ecosystem on Michigan lakes if they start to pop-up in other bodies of water — the good news, so far, is that the red swamp crayfish seem to have an affinity for soft bottom ponds rather than sandy beaches and lakes.

The bigger concern is that red swamp crayfish can travel more than two miles without water, meaning they can hop from pond to pond until they make it to larger bodies of water.

While the DNR is working constantly to check reports of red swamp crayfish, so far they have found populations in Novi, Farmington Hills and Kalamazoo.

The red swamp crayfish are dark red in color and have bright raised spots and most people say they look like small lobsters. Larger than most native Michigan crayfish species, they grow between 2.2 inches and 4.7 inches long. Researchers have caught a few crayfish that were roughly the size of a Coke can. You’ll also notice a white bony tooth-like look on the inside of the red swamp crayfish claws.

You can report the species by contacting the DNR Fisheries Division at (517) 284-5841. You can also report your findings by using the online reporting tool, or on a downloadable smartphone app which can be found here.