<p>Screenshots from an app displayed at the Mackinac Policy Conference. The app allows conference attendees to make large donations to help the children of Flint.</p> 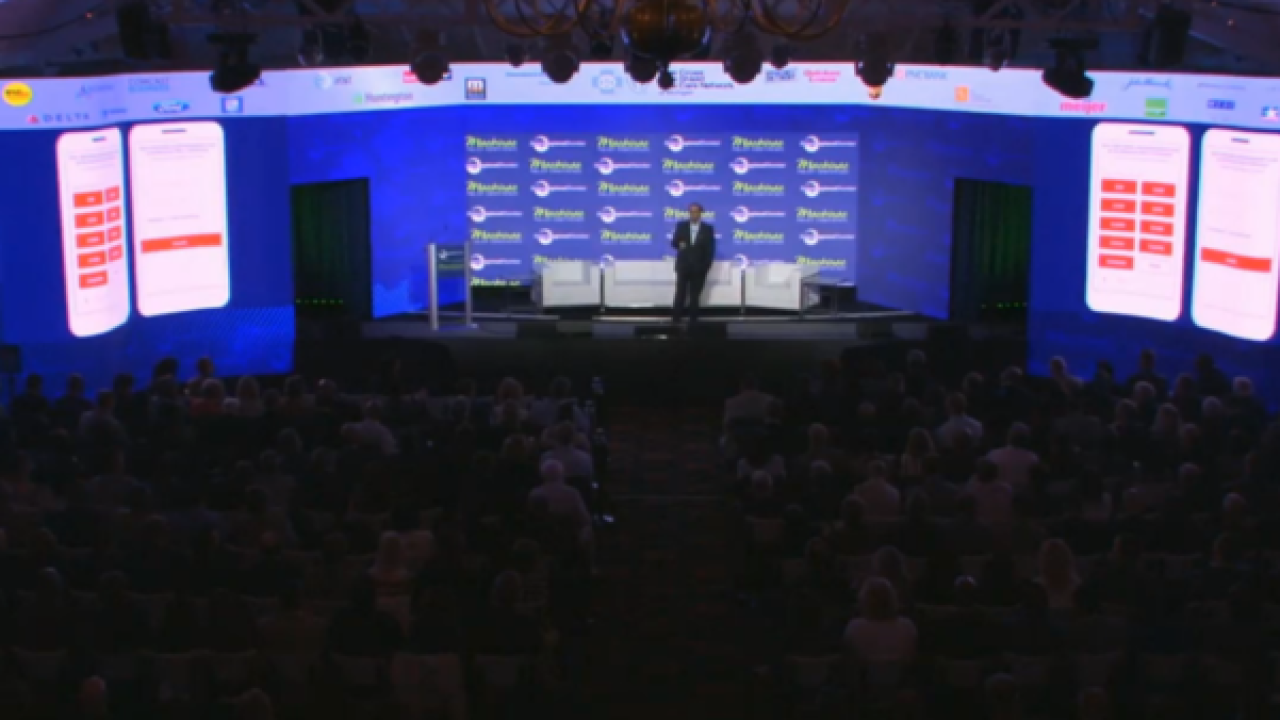 The organizers of the Mackinac Policy Conference know they have an audience of attendees who can afford to give. Today, as the annual gathering of Michigan's business and political bigwigs kicked off, those attendees were asked to donate big to the children of Flint.

This is a place to discuss public policy and the Flint water crisis has dominated the state's attention this year. When a conference speaker on another topic backed out late last week, the Detroit Regional Chamber used the open time to add a panel discussion titled, "Government and Philanthropy Working Together to Help Flint Recover and Rise."

Sandy Baruah, the Detroit Regional Chamber's president and CEO, told conference-goers today, "We think the Flint issue is important and we can all do something about it."

He urged them to open the conference mobile app and donate, saying that he had made a $1,500 personal donation himself. The app has buttons that allow donations of $50 up to $200,000 or more.

Baruah said donations would go toward the "Dr. Mona Fund" - through the Community Foundation of Greater Flint.

The Chamber's CEO enticed potential donors by saying their names would appear on a screen near the conference stage if they gave $500 or more. Large corporate gifts would be announced on stage, he said.

Donations made through the conference app will be doubled thanks to a match from the Charles Stewart Mott Foundation. That announcement drew great applause from the crowd at the Grand Hotel.

"If you've ever thought about giving to the kids of Flint, now is the time," Baruah told the Mackinac Policy Conference audience.