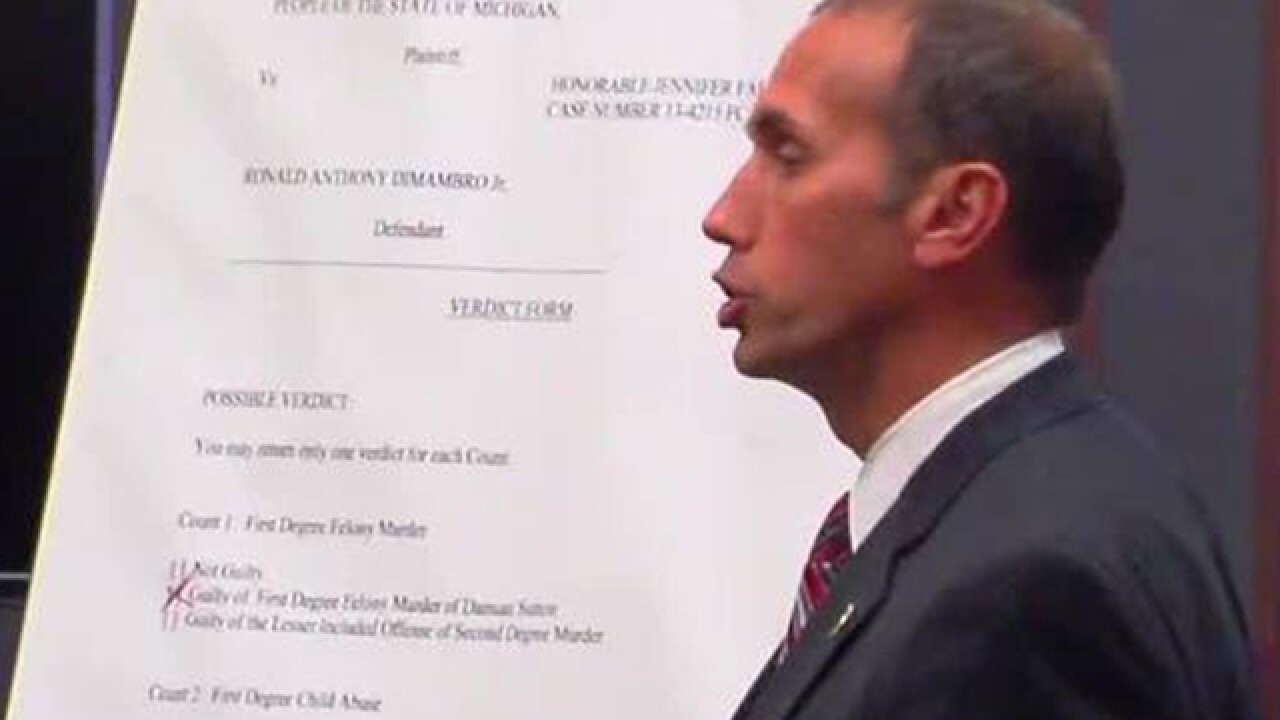 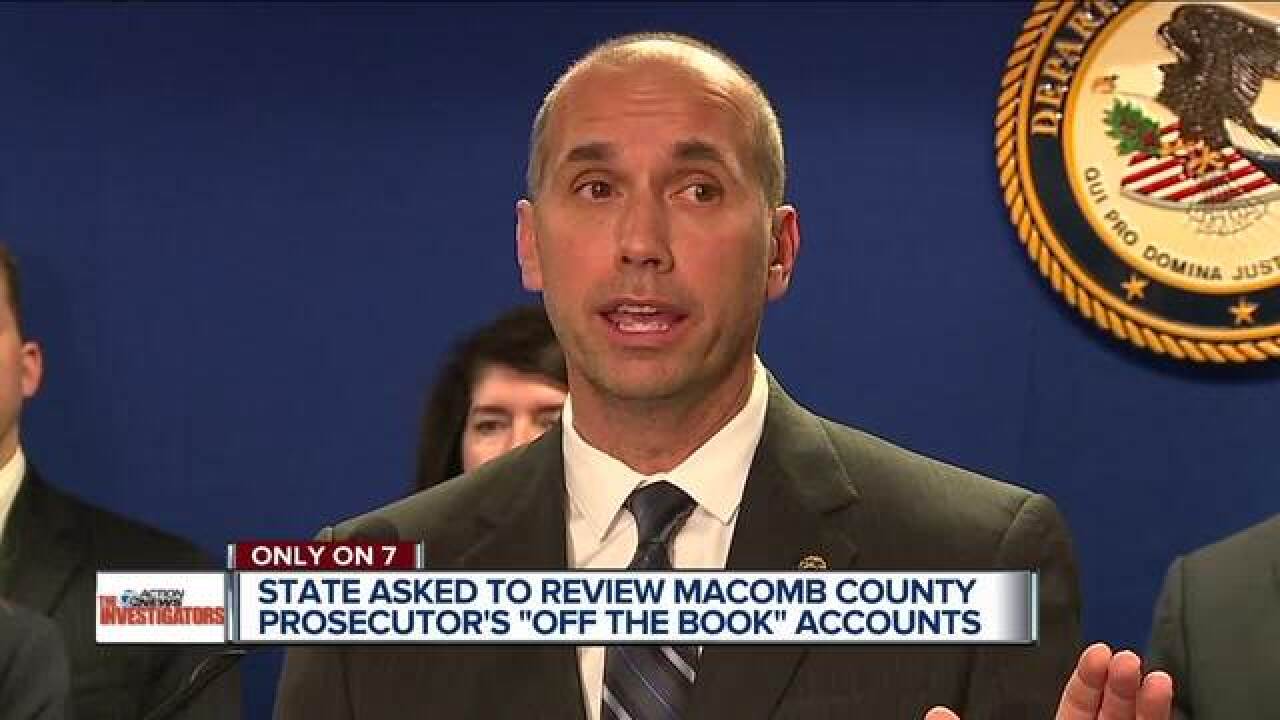 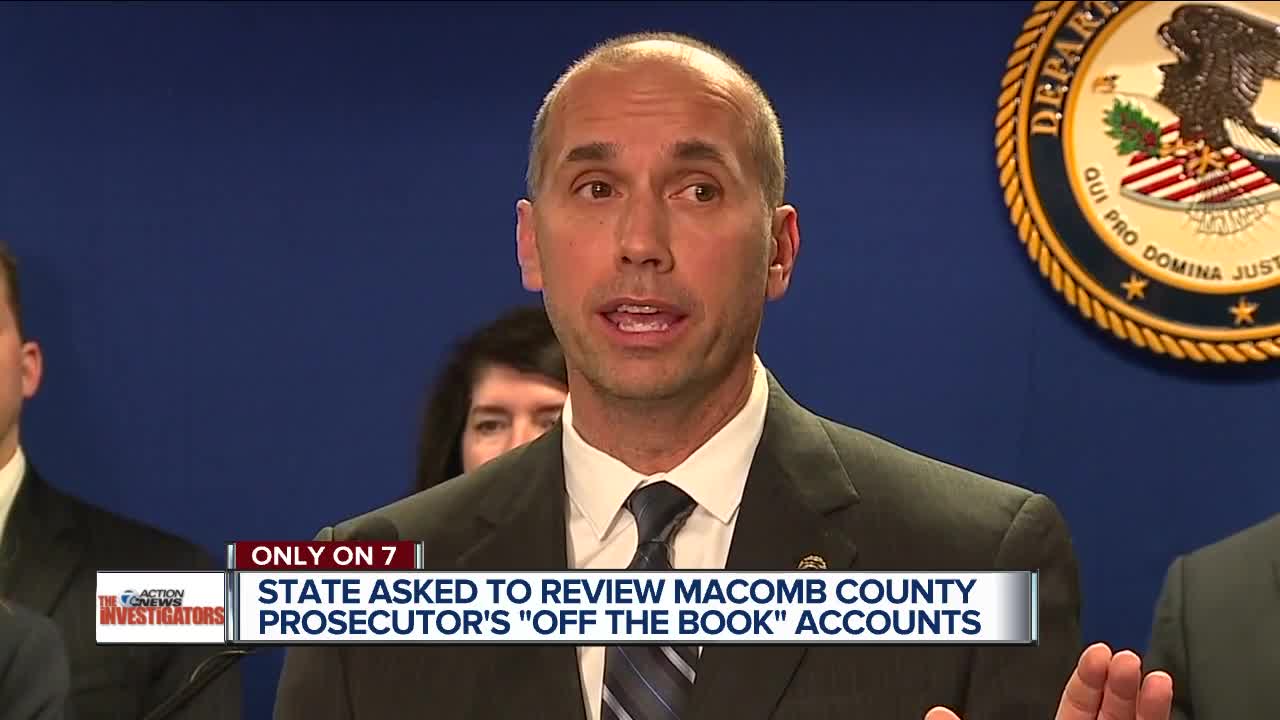 7 Action News has learned the Macomb County Treasurer is asking the Michigan Treasury Department to conduct an investigation into Macomb County Prosecutor Eric Smith and 4 "off book" bank accounts.

This has been confirmed by Chief Deputy Treasurer Joe Biondo.

According to the letter dated last Thursday, one account was discovered in June by auditors. During the summer months, it was then discovered it was not one, but four "off book" accounts with a combined balance of more than a quarter of a million dollars: $239,581 as of August 21.

The letter also says two of the accounts had their tax ID numbers changed from the county's number to a third party number.

The letter says the accounts appear to have been opened from 2011 to 2015.

7 Action News is awaiting a response from Prosecutor Eric Smith.

One county official called these "slush funds" that could be used for asset forfeitures when property is seized in criminal cases such as a car in a drunk driving case or cash held by drug dealers. But how the money is being spent is not clear.

A spokesman for the Michigan Department of Treasury confirmed they received the request from Macomb County and are reviewing it.

Read the letter below:

"The letter released by Macomb County Treasurer, Larry Rocca, shines a light on his lack of experience and knowledge of the State forfeiture laws.  Contrary to Rocca’s belief, these forfeiture funds cannot be improperly co-mingled with the County’s general fund budget, including being used for employee salary and benefits. The previous two Treasurers of the County were aware of these funds and confident that they were protected and applied to serve the men and women of law enforcement and the victims of crimes in this County.

We have been working with the Finance Department to resolve this matter as soon as possible. We are confident that in the near future we will receive assurances from both Finance and the Treasurer that these funds will not be co-mingled into the general fund."