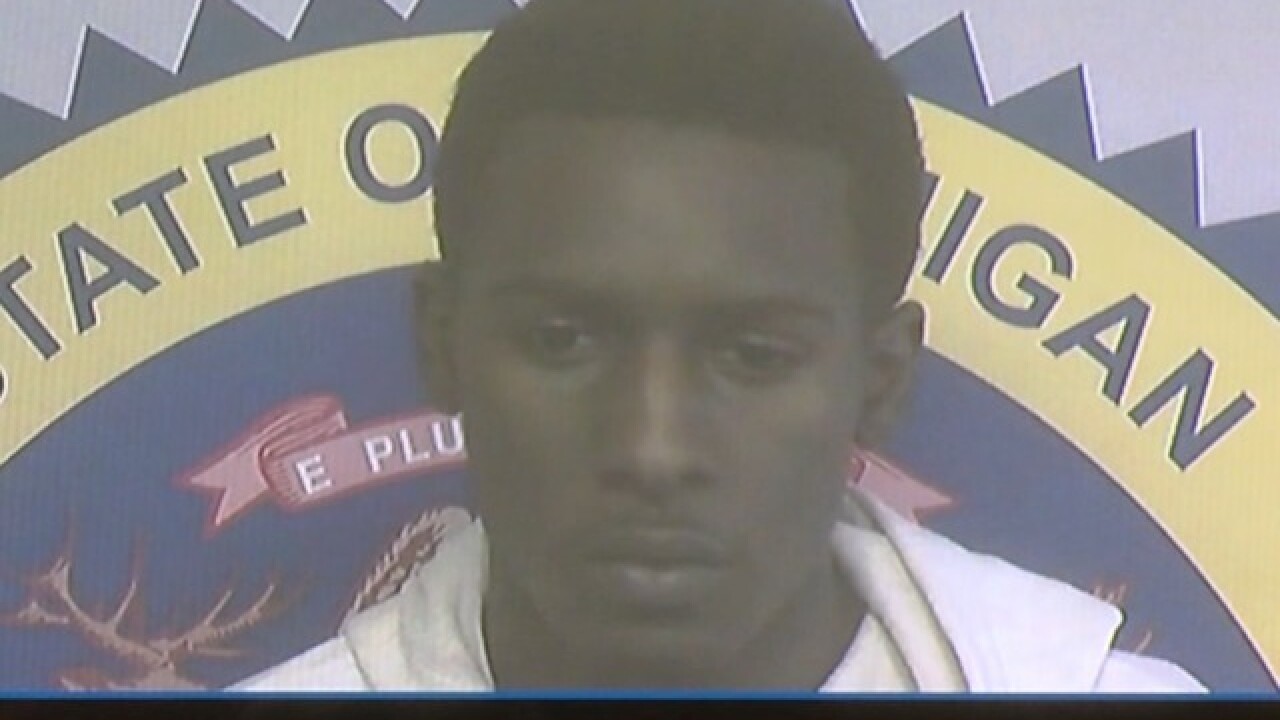 A man accused of pulling a gun on an off-duty police officer in a road rage incident is facing multiple felony charges.

Gionni Luv Carrington, 20, was driving his car on Sept. 20 on Seven Mile and Ponchatrain Drive. Officials say he heard the car behind him honking the horn because there was almost a collision. Carrington then allegedly pulled out a handgun and pointed it at the driver of the car who honked.

The car was driven by a 28-year-old off-duty Detroit police officer who had his mother in the passenger seat. When the officer saw Carrington pointing a gun at him, officials say he drew his weapon and fired it to protect himself and his mother.

Police say Carrington was not shot in the incident.

The officer pulled over after firing the shots to avoid any further confrontation and then immediately drove to the 12th precinct to report the incident.

His bond was set at $500,000. Although he tried to talk the judge down, saying his weapon was registered, the judge said the bond was set due to the seriousness of the charges.