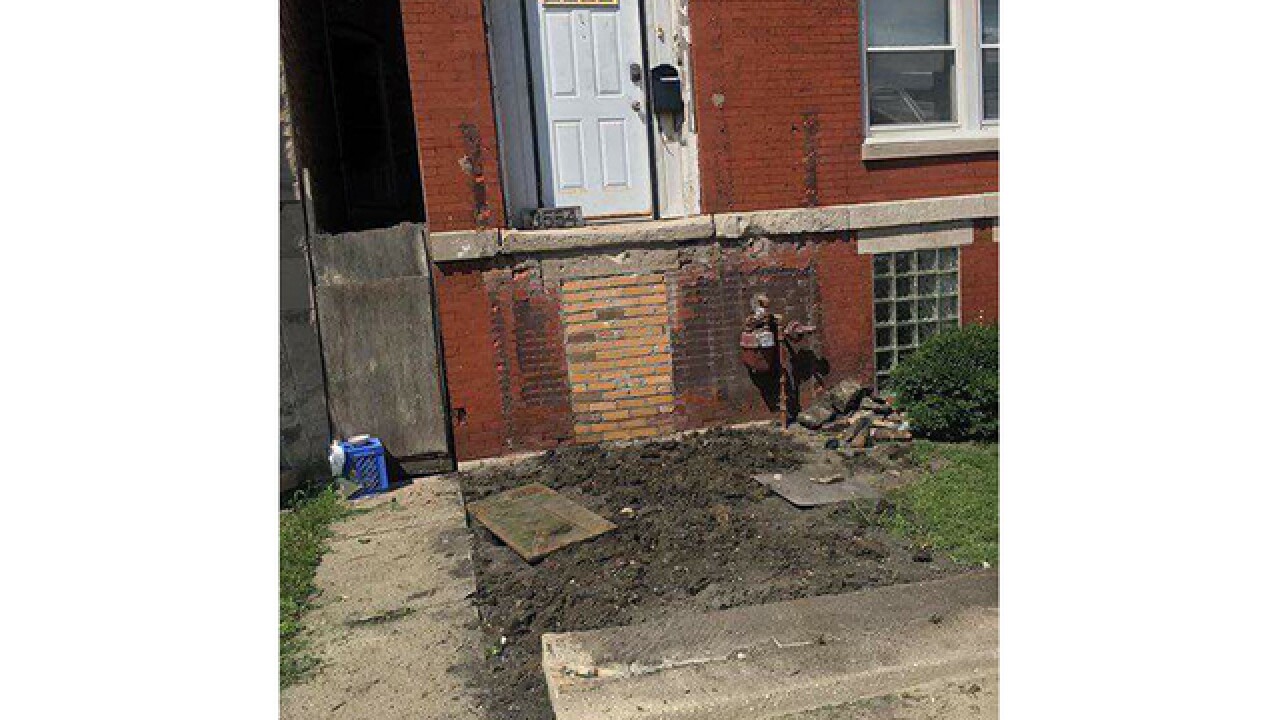 While scrolling through social media this past weekend, you may have come across a photo of what was believed to be a Detroit home with its entire front porch allegedly stolen.

The now viral photo, posted on Facebook by Antonio Silva, gained over 6,000 likes and more than 30,000 shares.

But here's the catch – the photo is a fake.

Silva, who was interview by Detroit Metro Times, admitted that the photo was a joke. He told the media source that he "did it all out of laughs to entertain social media."

Metro Times originally posted the story on Monday, June 4, and expressed skepticism regarding Silva's claim after interviewing a local masonry company to find out what all it takes to remove an entire porch. The outlet added that they had not received a returned request for comment from Silva, who was also receiving interview requests from Buzzfeed and UNILAD, according to Detroit Metro Times.

As of Tuesday afternoon, Silva's post is still up on Facebook, with no mention of the hoax.