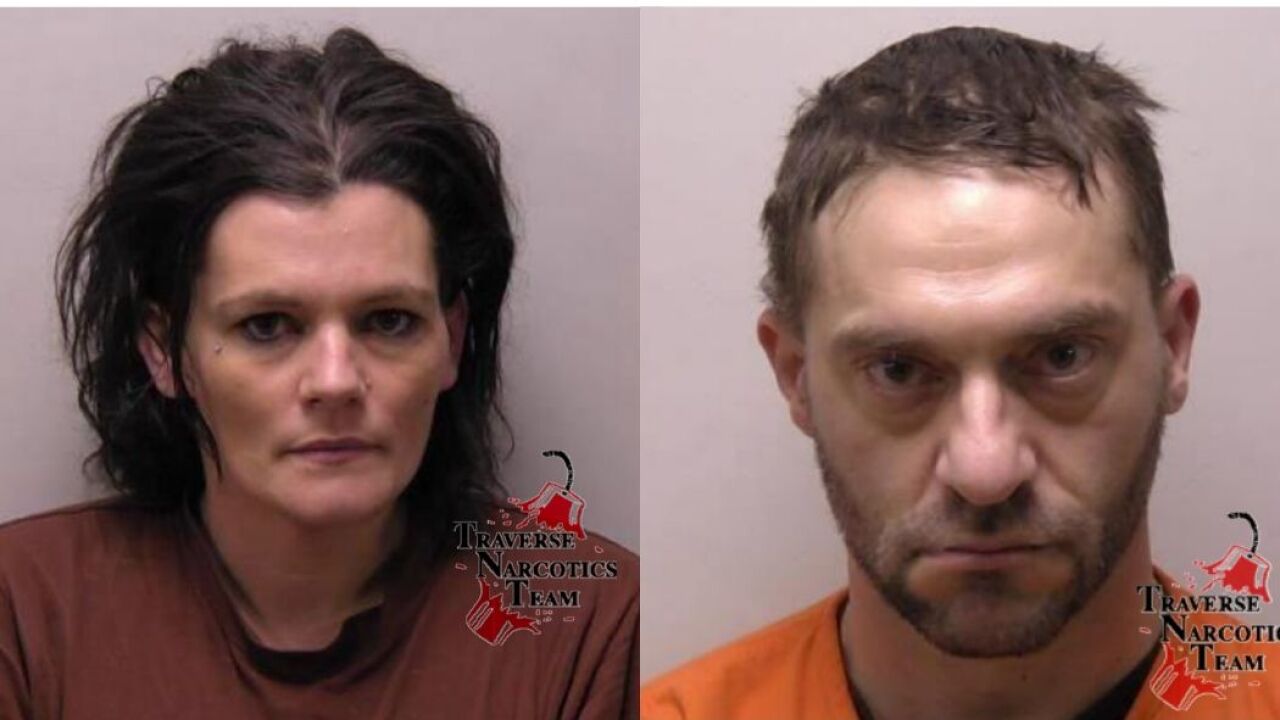 GRAND TRAVERSE COUNTY (WXYZ) — A man and woman were arrested on Feb. 12 for the alleged possession of methamphetamine, according to the Traverse Narcotics Team in Northern Michigan.

Charles "Chuck" Culberston, 42, and Nicole Chamblin, 36, were arrested at a home in Grand Traverse County.

Police received tips about Culberston allegedly selling crystal meth out of his home, which led to officers conducting surveillance of the home. That surveillance led to a search warrant.

When officers went through the home they found approximately 60 grams of crystal meth and Xanax bars. There was also evidence of of the use and distibutoin of other illicity drugs, investigators say.

Chamblin, who entered the home during the warrant search, was arrested and charged with possession of meth and probation violation. She's currently on probation for meth charges and was also arraigned Feb. 15.

Police say a juvenile was at the home during the warrant search and child protective services were contacted.