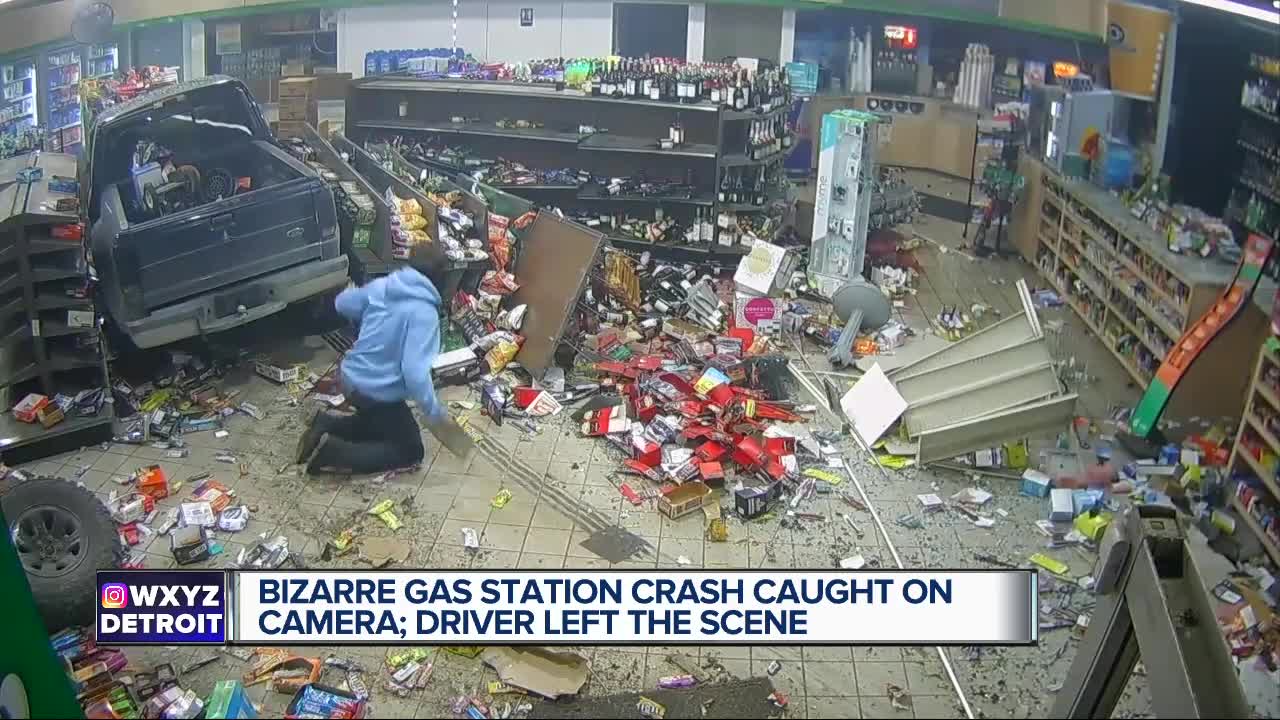 A 24-year-old man was arrested after driving his vehicle into a BP gas station on Ortonville Road and then removing his license plate before leaving the scene, police say 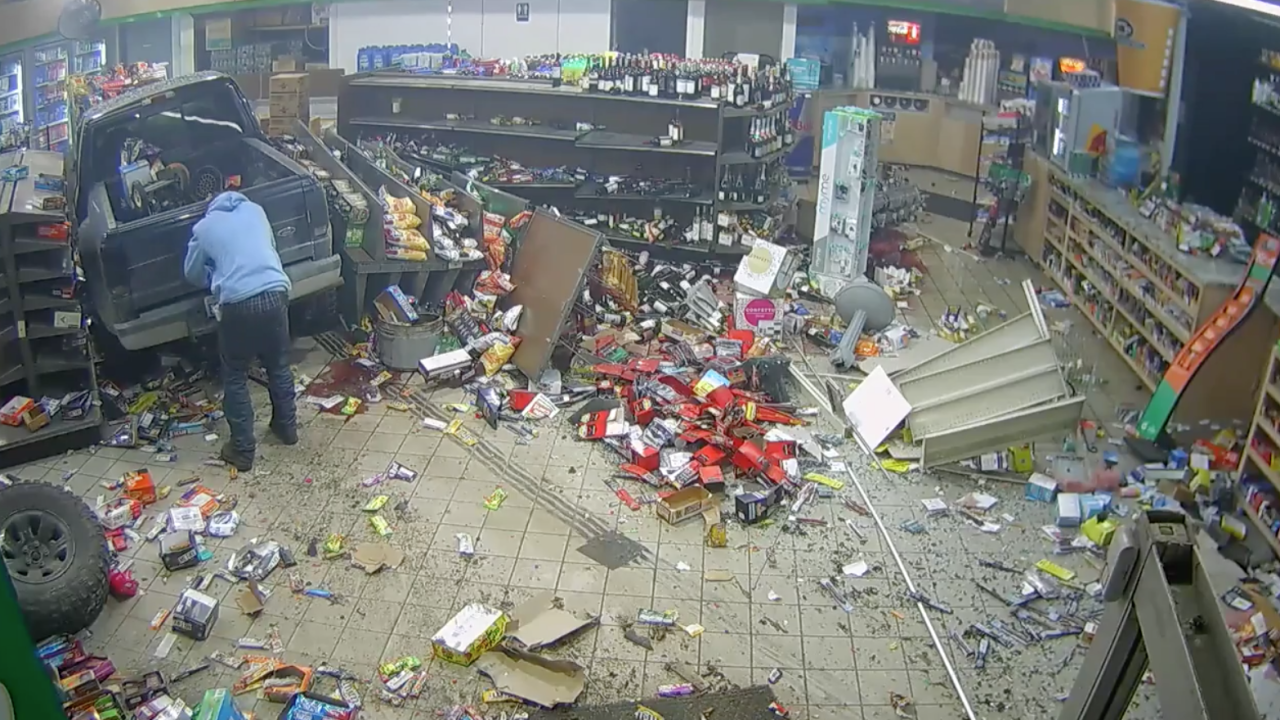 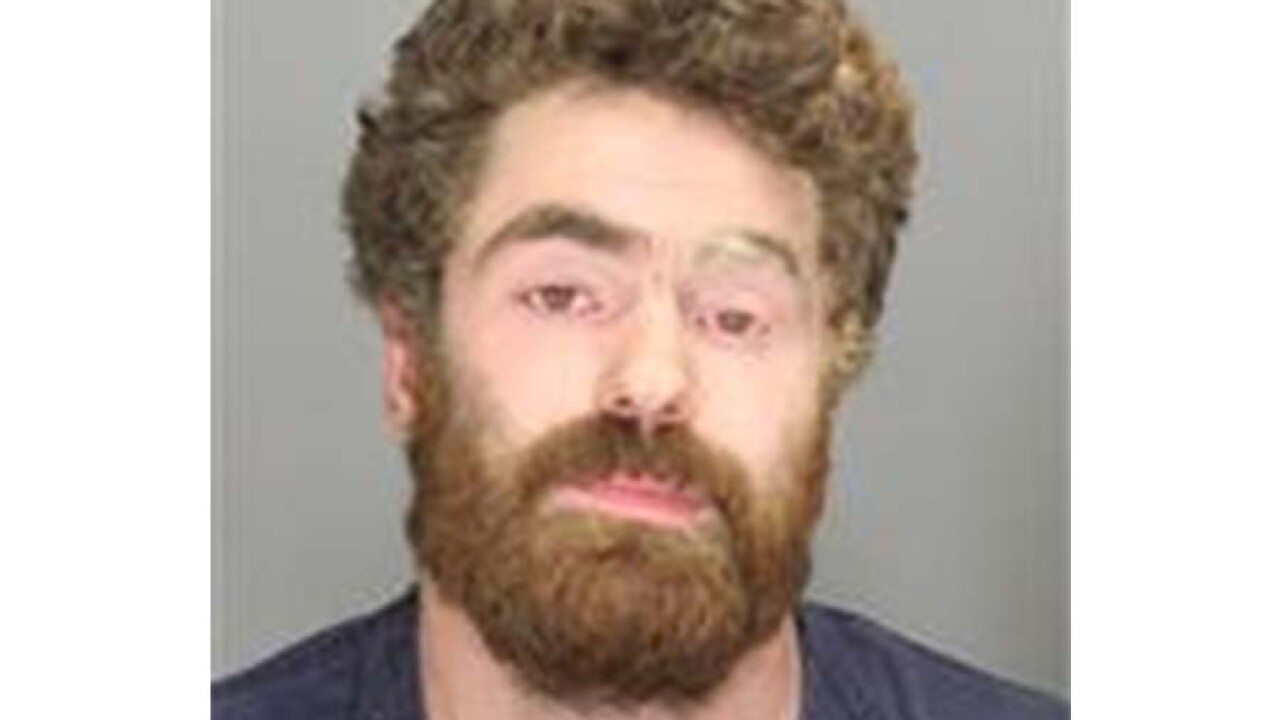 BRANDON TWP., Mich. (WXYZ) — A 24-year-old man was arrested after driving his vehicle into a BP gas station on Ortonville Road and then removing his license plate before leaving the scene, police say.

The incident occurred at the BP gas station in the 1700 block of Ortonville Road in the early morning hours of Oct. 24.

The suspect, William David Edmonds, was a regular at that gas station, a clerk told police. On that day, he purchased beer, opened one and got into his vehicle, according to a police report. Edmonds' vehicle was parked near gas pumps.

An employee at the gas station told police that Edmonds then accelerated at a high rate of speed, then turned 180 degrees, striking a gas pump island and then driving into the building.

LOOK: The driver falls to the ground as he rips off his plate and walks away. Check out the mess inside the store. @wxyzdetroit pic.twitter.com/dRxeqmoaf6

The employee told police that Edmonds took his license plate off the vehicle along with some papers from inside the truck then left on foot from the scene.

Edmonds was located 13 hours later, and arrested by Oakland County Sheriff's deputies at his home.

While in custody, Edmonds told police he was trying to speed around the gas pump to give his new tires a spin. As he was speeding, he hit a curb and lost control and crashed through the store. Edmonds also admitted to police that he had been drinking.

He added that after the crash, he became scared, which is why he fled the scene. He told police that he had not intention of driving into the building and putting others in danger.

Edmonds is charged with reckless leaving the scene of an accident. He was arraigned on Oct. 25.