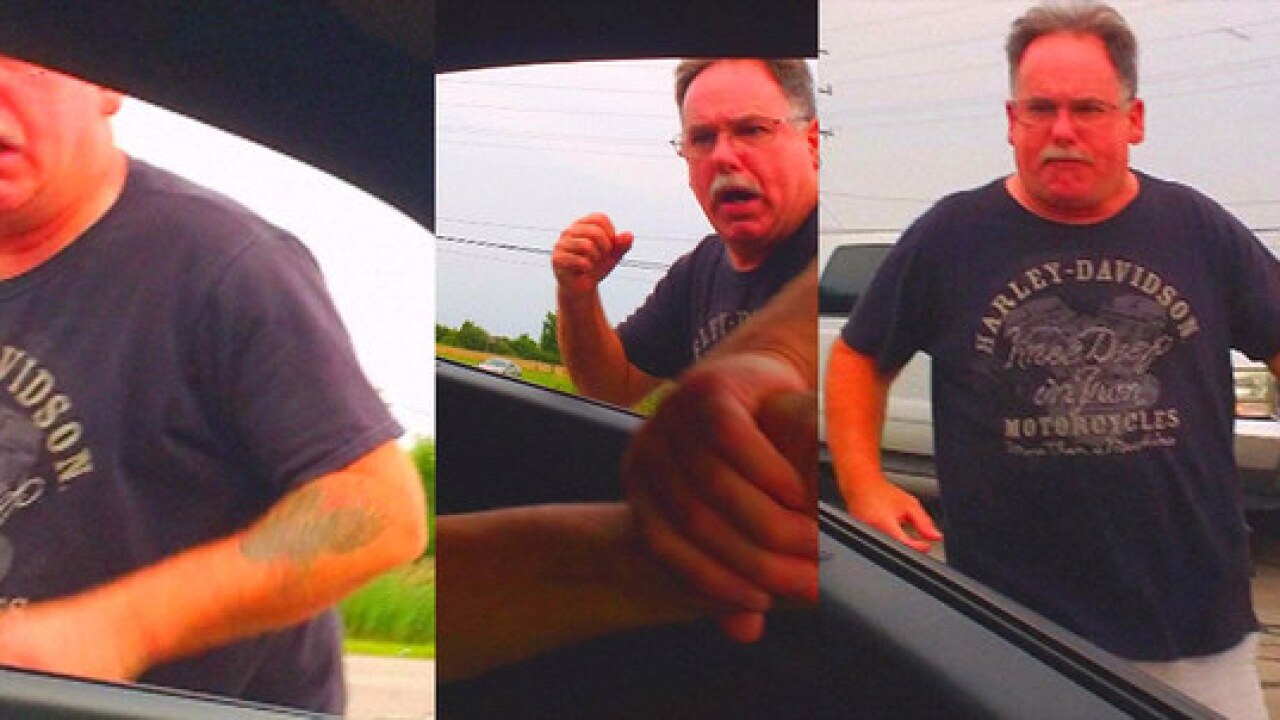 Chesterfield Police are looking for a man accused of assaulting driver during road rage incident in August.

Officer say the exchange happened in the area of 26 Mile Road and New Haven Road.

The suspect, pictured above, got out of his vehicle and approached the victim who was sitting in his vehicle.

The victim videotaped the suspect reaching into his vehicle, grabbing him and attempting to hit him while hurling threats at the victim.

Police say the suspect was possibly driving grey Chevy Silverado. He is described as a white man in his late 50's or early 60's, with a tattoo on his left forearm. He was wearing a Harley Davidson T-shirt at the time of the incident.

What exactly caused the incident is unknown.

Anyone with information on the man's identity should call Chesterfield Township Police at (586) 949-3721.