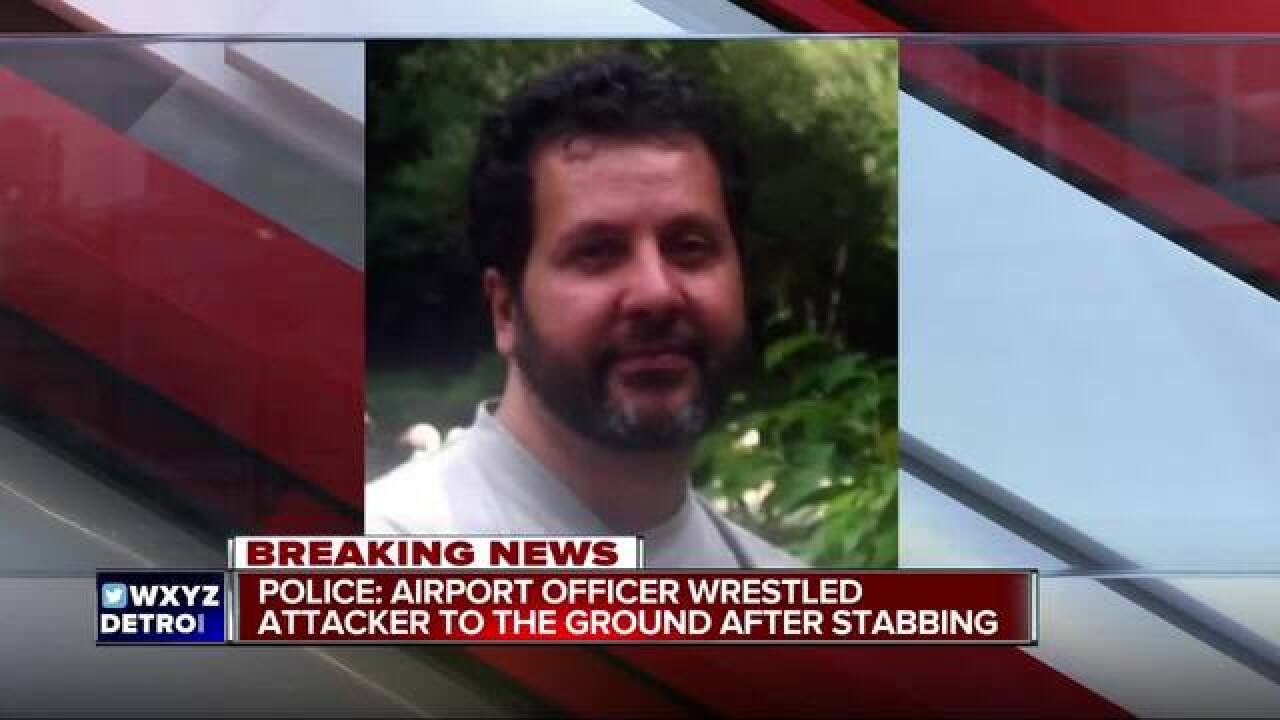 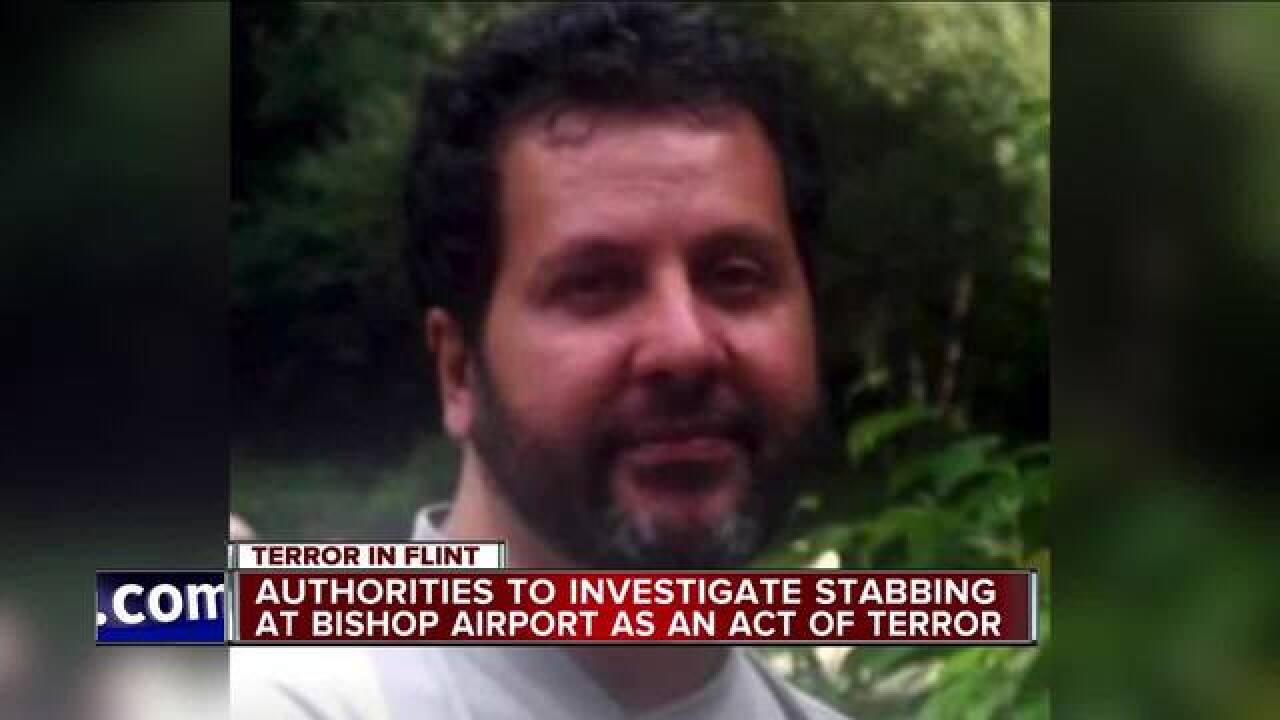 A 49-year-old man from Canada, charged with stabbing a police officer at Flint's Bishop International Airport, has made his first appearance in a Flint courtroom.

Amor M. Ftouhi appeared in the Flint courtroom of Magistrate Judge Stephanie Dawkins Davis of the Eastern District of Michigan just hours after he was taken into custody following the attack.

He has been charged with one count of Committing an Act of Violence at an Airport, a charge that carries a 20 year prison term.

During Wednesday's hearing, Ftouhi was ordered held without bond. He is due back in court for a detention hearing on June 28.

Ftouhi is accused of walking up to police officer Lt. Jeff Neville, who was in full uniform, stabbing him in the neck with a 12-inch knife after yelling "Allahu Akbar" (Allah is the greatest). The attack happened before any security check points.

The wounded Lt. Neville then fought with Ftouhi, who continued to yell Allah several times, while referencing people having been killed in Syria, Iraq and Afghanistan. The fight continued until other Bishop International Airport police officers took Ftouhi into custody.

They were aided by a long-time Bishop airport shoe shine employee, Joe Garza. The attack happened just steps from his stand.

Garza told our Flint sister station WJRT, "He was trying to get up and that's when I came in I put my foot in his ankle and the other one and hold him down."

He went on to say, "It was kind of emotional for me because I known him for a long time you know and kind of hard to see somebody you like down like that."

A criminal complaint says Ftouhi entered the airport at around 8:52 a.m. carrying a red duffle and a dark satchel bag, before going up the escalator to the second floor and entering a restaurant.

After staying in the restaurant for about 25 minutes, Ftouhi left, carrying both bags, and walking into the second floor restroom. He emerged 30 seconds later, without either bag and approached Neville.

Federal officials are continuing their investigation into Ftouhi. They have determined that he entered into the United State on June 16 through Lake Champlain, New York. However, they have not yet released any additional information on how Ftouhi made his way to Flint.

Ftouhi is from Montreal, Quebec, where police have searched an apartment reportedly belonging to him. A vehicle with Quebec license plates was also towed from the parking lot at Bishop.

For a few hours, FBI agents focused on the brown mini-van parked in a spot closest to the front doors of the main terminal at Bishop International Airport.

Agents carried away large bags of evidence to another car, before a tow truck hauled away the van.

A neighbor in Montreal who did not want to be identified told Canadian broadcaster CTV, "I'm surprised, he's a father of several children, he's a quiet man. He talks to his neighbors, it's bizarre. He seemed to be a nice guy, sympathetic. With this news, I'm indeed shocked."

Police are still working to confirm the motive for the attack. However, they are investigating the incident as a terrorist attack.

Federal officials say Ftouhi appears to be a "lone wolf" and, officials say, they have yet to find any evidence that he was radicalized. At this point, no one has issued a statement claiming credit for the attack.

Security experts tell 7 Action News these types of attacks are almost impossible to stop, because of their "lone wolf" nature.

"The have all the advantage of picking the time and the place and the degree of violence they want to expend," says former FBI agent Ned Timmons, who runs LSS consulting in Commerce Township.

Neville is recovering in the hospital after undergoing surgery. At least report he was in stable condition and according to his fellow airport officers is "doing well."

The attack shut down Bishop International Airport for several hours. However, it has since reopened to travelers.

Passengers tell 7 Action News they remain on alert, but in disbelief an act of terror happened so close to home.