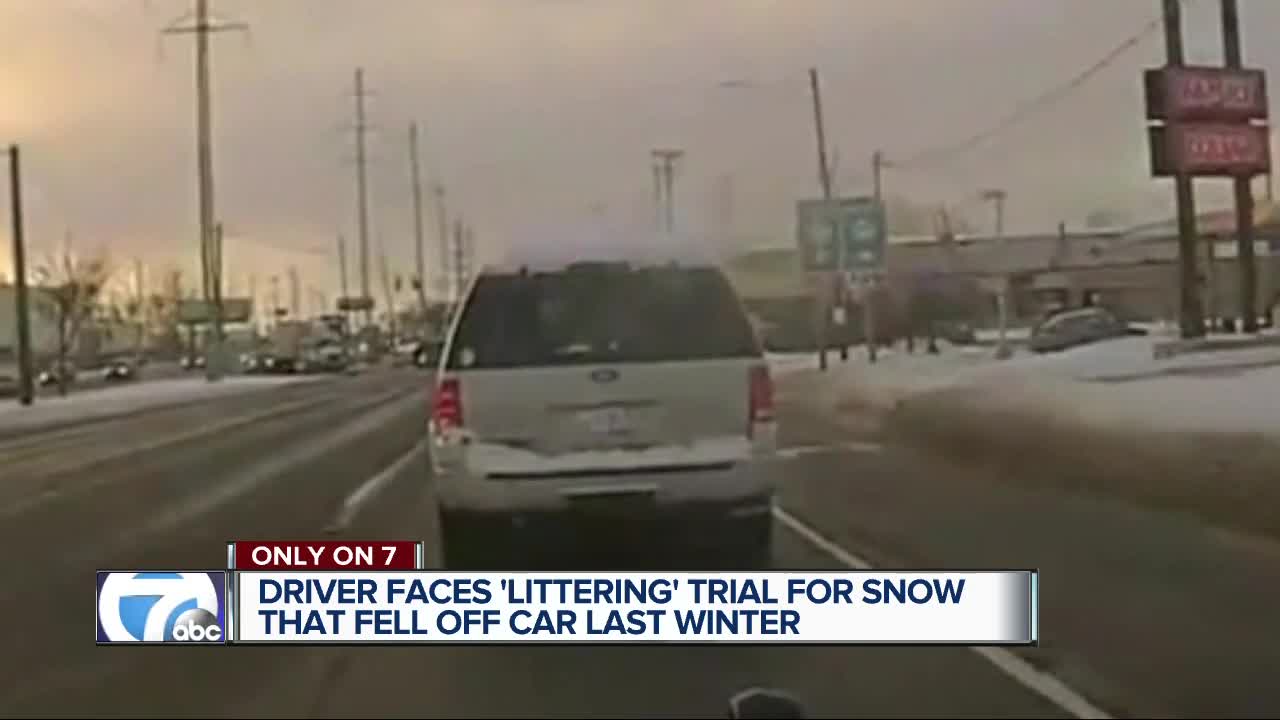 WARREN, Mich. (WXYZ) — UPDATE: In a court hearing on Monday, the charge was reduced to a civil infraction following the 7 Action News report.

He says he cleared off his windows but didn’t get some of the snow that was on the roof of his Ford Expedition. The next thing he knew he was charged with a misdemeanor. His trial is now scheduled for Monday.

“I think it is an overreach of power,” said Evan Miller.

Evan Miller is speaking out as he prepares for trial on Monday. It will be the third time he has to go to court for what happened on January 29. He says when a Warren Police officer pulled him over, he gave him a ticket he never expected.

“A misdemeanor, punishable by up to one year for littering,” said Miller.

Police dash camera video shows the alleged crime. You can see his windows are clear, but there remains snow on his roof. Some of it falls and immediately he is pulled over.

“I think it is abominable,” said Nick Somberg, Miller’s attorney.

“You have to do it intentionally. This (littering charge) is for people who throw their trash out the window, flick their cigarettes or their McDonald’s cups out the window. Snow, natural things or a hubcap falls off while you are driving, it is not littering,” said Somberg.

“It is good to have your vehicle cleaned off, however I was not aware snow was falling off the back of my vehicle,” said Miller.

WXYZ reached out to Warren Police Commissioner Bill Dwyer and asked him for information on just how often people are charged with misdemeanor littering, for snow falling on the ground. He said he wants to be clear, it is important that people clear snow off their vehicles.

“It is important that you take a few minutes clean the window, back, sides. It is your responsibility. It is a violation if you are driving with obstructed vision,” said Dwyer.

But when it comes to the littering charge, “I kind of looked at it as it relates to your call this morning and felt it was an overreach,” said Dwyer.

Dwyer says a traffic infraction for obstructing vision in his opinion is appropriate, but he is going to recommend prosecutors dismiss the criminal charge Monday.

“I don’t know why this wasn’t dropped day one. We are now ten months in, with multiple court appearances over this,” said Somberg.

“I was safe to drive, at least I thought so,” said Miller.