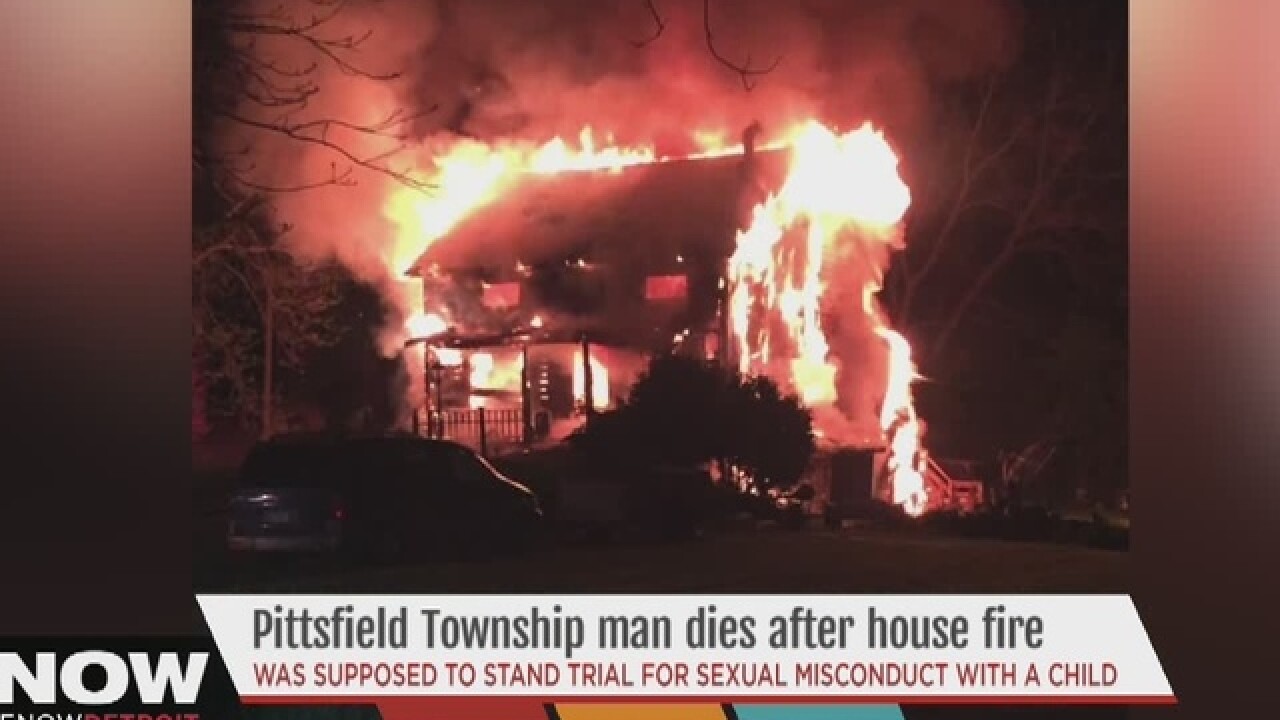 Pittsfield Township officials are investigating after a suspicious fire that resulted in a man's death.

The fire broke out at the home on Monday.

Authorities say Thomas Owens, 69, made it out of the home alive, but he later died from severe burns.

Owens was facing charges of criminal sexual conduct involving a minor and was set to go on trial Monday, just hours after the fire.