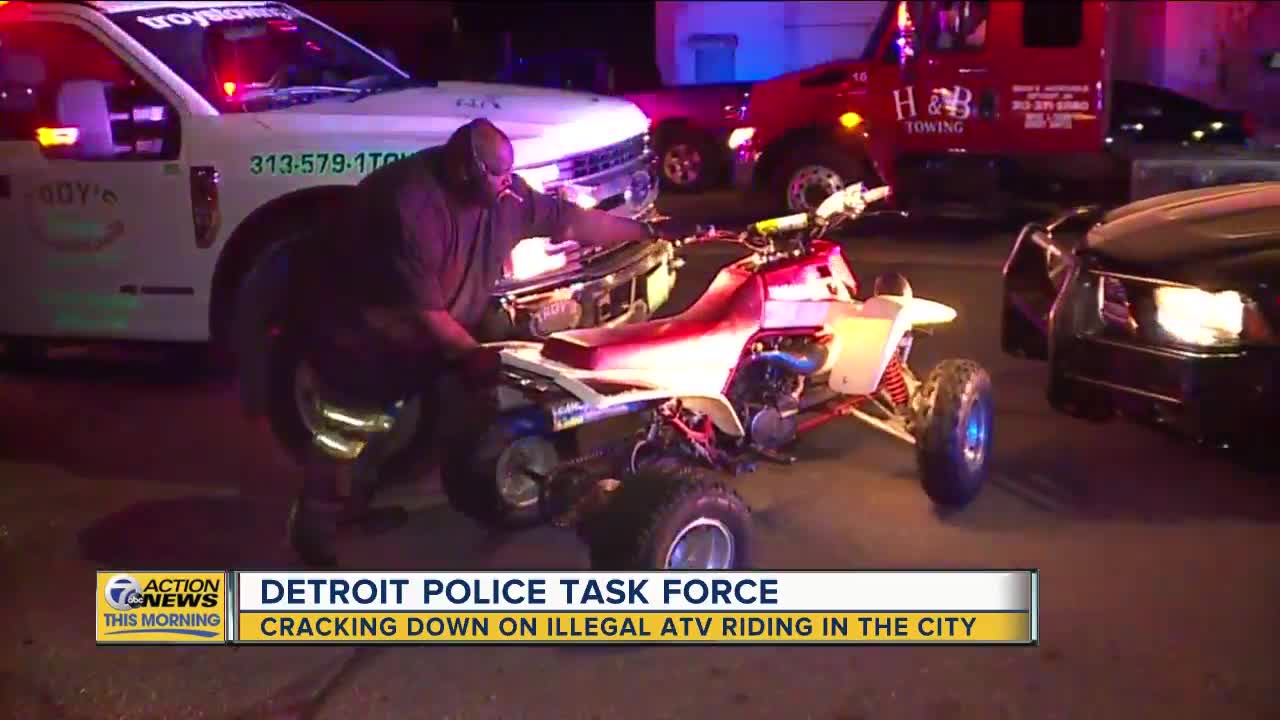 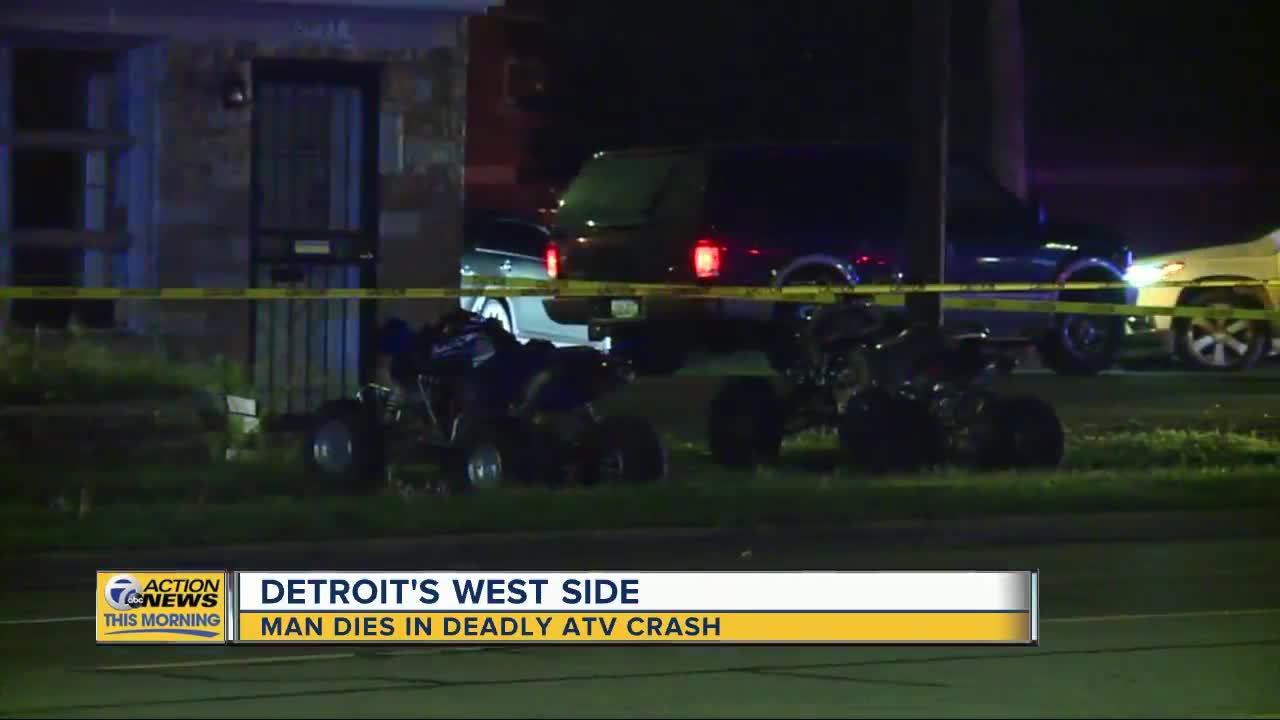 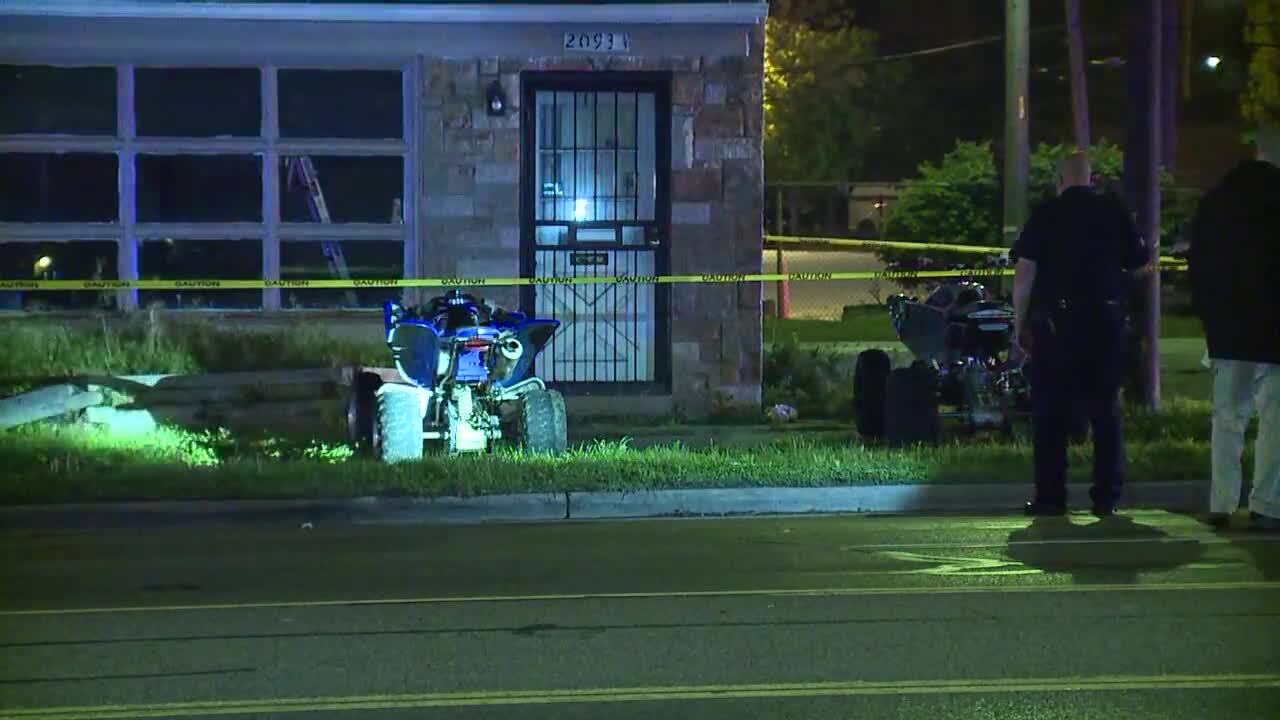 DETROIT (WXYZ) — A father is dead after his ATV lost control and crashed into a building on Detroit's west side Wednesday night.

According to Detroit police, the 38-year-old man, was traveling in the area of Burt Road and Grand River when he hit a curb and lost control around 10 p.m.

His ATV then hit a building. The man was taken to a local hospital where he was pronounced dead.

The man's brother told 7 Action News reporter Ali Hoxie, the father of five was supposed get married next year. He had four boys and a little girl.

Family members just showed up here. We are told the man who died was 38 years old who leaves behind 5 children, 4 boys and a little girl. He was going to get married next year @wxyzdetroit https://t.co/KNnqZ1NowE

This incident comes just a day after Detroit police executed a raid to seize illegal ATV and dirt bikes in the city, where several ATVs were seized and one person was arrested on the east side.

No word yet on how old the man was who died in the deadly ATV crash. @wxyzdetroit @detroitpolice MORE INFO: https://t.co/wGwbeWqG6u pic.twitter.com/J16R8KKvbe

Detroit Police Commander Darin Szilagy urged citizens to not operate these vehicles in the city area saying, "These vehicles are not designed for the city streets."

According to Detroit Police Chief James Craig, a task force will continue conducting surveillance and using new technology to aide in the ongoing crackdown.

Residents should know there are designated spots throughout the state of Michigan to ride ATVs. It is illegal to ride them anywhere in the City of Detroit.