Man from metro Detroit dies after being deported to Iraq, family says he didn't have access to insulin 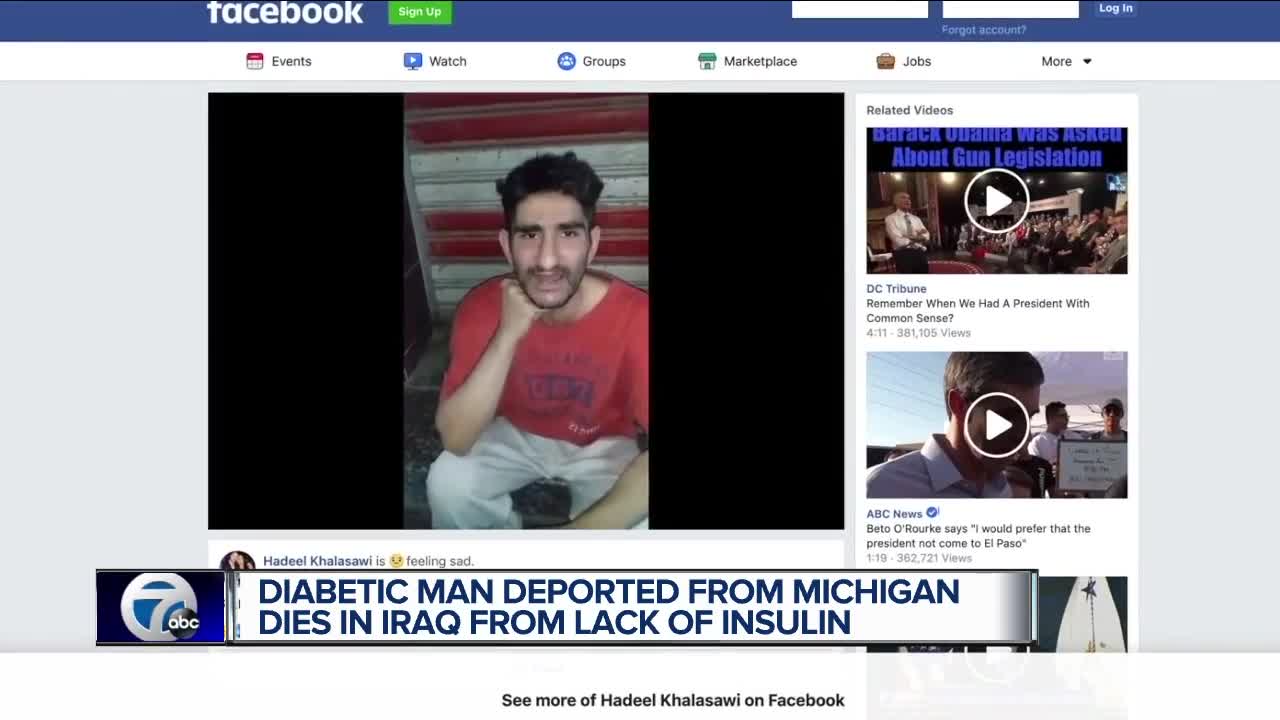 A metro Detroit man died Tuesday after being deported to Iraq. His family says the deportation was a death sentence.

DETROIT (WXYZ) — A metro Detroit man died Tuesday after being deported to Iraq. His family says the deportation was a death sentence.

People who know him say they believe he died because he did not have access to insulin once sent with no resources to a country where he knew no one and could not speak the language.

In a video that was posted to Facebook after his deportation, Jimmy Al-Daoud, 41, describes going without shelter, food and insulin. He describes trying to communicate with people in a country where he does not know the language. He describes being attacked.

Edward Bajoka, an attorney speaking for Jimmy’s family, tells 7 Action News the family immigrated to the U.S. legally when Jimmy was 6-months-old. Jimmy was born in Greece after his family fled persecution in Iraq for being Catholic.

He says Jimmy was diagnosed with severe mental illness, including paranoid schizophrenia. He could barely take care of himself in the United States, and at times was homeless and committed crimes.

Jimmy had never been in Iraq, did not speak Arabic, and had a cross tattooed on his arm. Bajoka says he then was not only deported to Iraq, but to the city of Najaf, where there is a dangerous Shiite uprising and widespread hatred of Americans and Christians.

“It’s a death sentence,” said Bajoka. “They sentenced him to death.”

“My family is grieving the death of my brother Jimmy, who desperately needed mental health care and physical care for his diabetes. Instead, the U.S. Government deported him without warning his family, sending him to a place he’d never been, where he didn’t speak the language and knew no one, and where his Christian faith put him in harm’s way every minute,” said his sister Mary in a message written to 7 Action News.

ICE officials in Detroit say they Al-Daoud waived his right to appeal his deportation and went on the run, until he was arrested for larceny from a motor vehicle in April. They say he was given insulin when deported.

“Al-Daoud has an extensive criminal history involving no less than twenty convictions between 1998 – 2017, to include assault with a dangerous weapon; assault and/or battery; domestic violence; contempt of court-failure to appear; breaking and entering; malicious destruction of a building; malicious destruction of property; assaulting, resisting, or obstructing a police officer; disorderly conduct; home invasion; possession of marijuana; larceny; breaking and entering a vehicle; and receiving and concealing stolen property,” said a statement from ICE Officials in Detroit.

The ACLU says Al-Daoud is a class member of its litigation against ICE.

“Jimmy’s death has devastated his family and us. We knew he would not survive if deported. What we don’t know is how many more people ICE will send to their deaths,” said Miriam Aukerman, ACLU of Michigan Senior Staff Attorney.