Man hit, killed by train in Ecorse while riding his bike 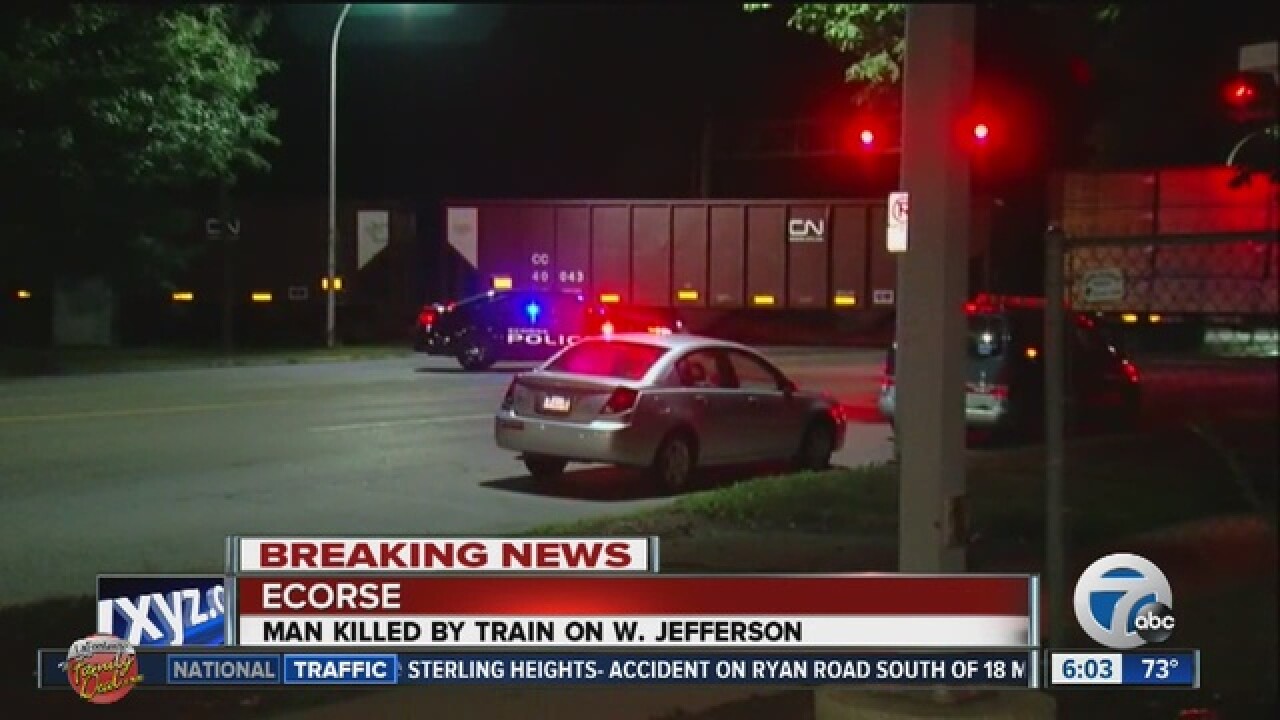 A man was killed after getting hit by a train on West Jefferson and Outer Drive in Ecorse late Tuesday.

Police say a man in his 40s was riding a bike when he was hit by the train.

His name is not being released until his family can be notified.

West Jefferson was closed for hours as police investigated, but it has since re-opened.