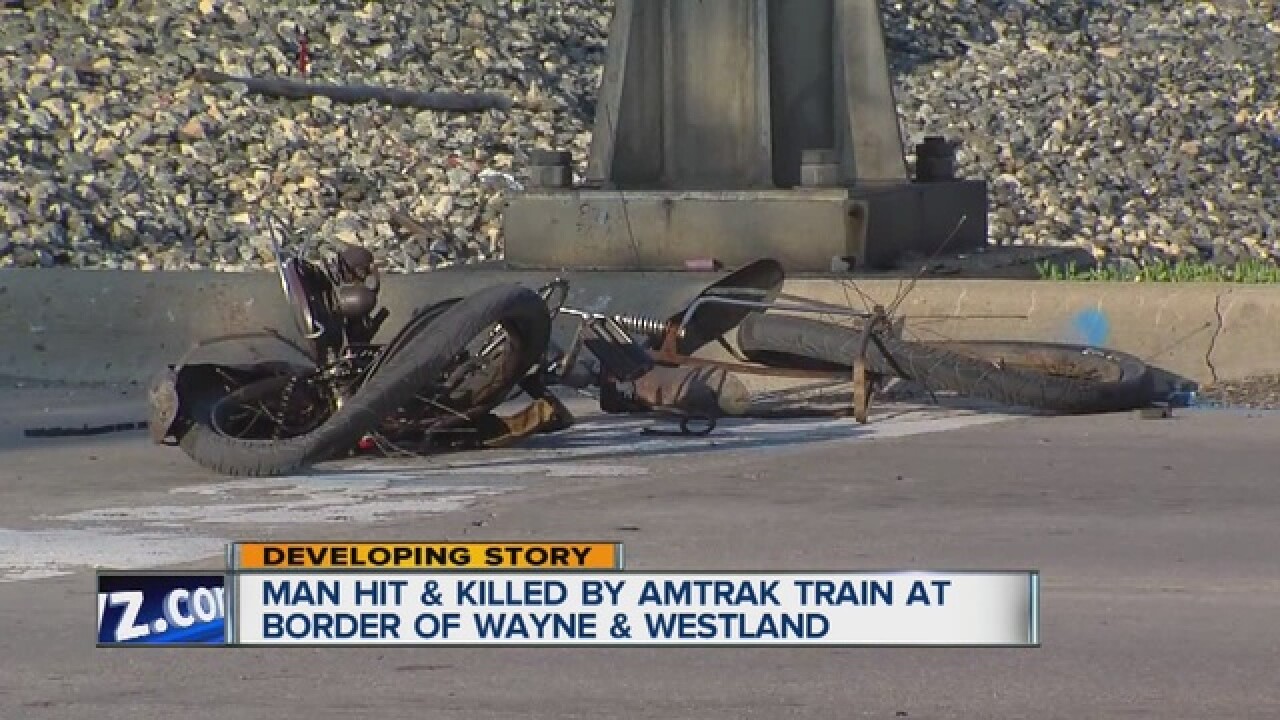 A man was hit and killed by a train while walking along the tracks near the border of Wayne and Westland.

The accident happened just before 5:30 p.m. Sunday at the intersection of Michigan and Merriman.

Police say the man--who was pushing his bike at the time of the crash--may have been distracted by his cell phone.

Toxicology reports will determine if the victim had been drinking.

More than 100 passengers were on board the train. We're told none of them were hurt.