Man revived after being electrocuted and clinically dead for 20 minutes 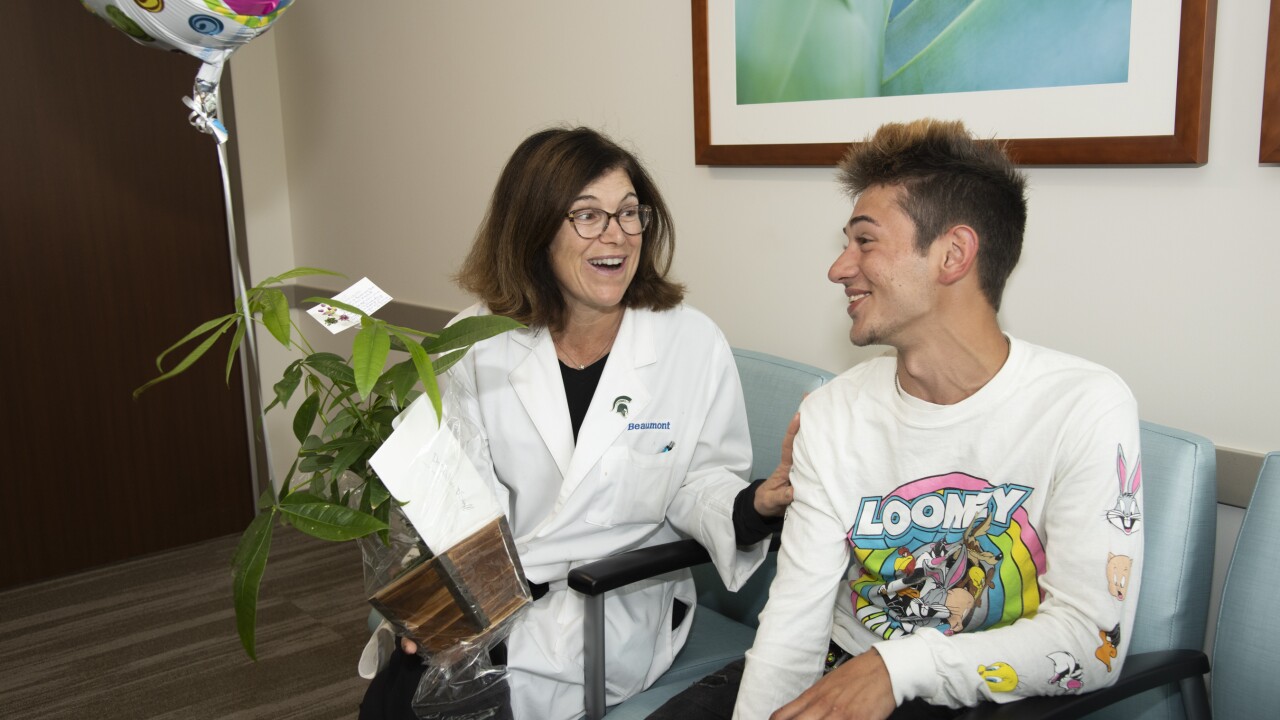 Michael Pruitt, a 20 yr man, who suffered a near fatal electrocution return to Beaumont Farmington Hill Emergency Center to thank the team that saved his life. Pictured with ER nurse Yasmeen Bachir RN and ER Dr. Angel Chudler. Michael's mother JIllian Pruitt a rehab tech at Beaumont Taylor was also there to thank the medical team.

(WXYZ) — A metro Detroit 20-year-old who was electrocuted and clinically dead for 20 minutes before being revived was reunited with the doctor and staff who revived him.

Michael Pruitt was carrying a metal ladder at a jobsite with his stepdad in Livonia when it touched a live electrical wire.

"I remember being electrocuted while holding that ladder and shaking, and then nothing," he said.

"They brought in this perfect young man who had no vital signs. I said to my team, ‘We’re bringing him back.’ And then, I said to him, ‘You better come back!’” Chudler said.

They shocked his heart again using a defribrillator, but nothing happened. With a second, more intense shock, his heart started beating within two minutes.

“When he became conscious again, he was like The Hulk, grabbing the railings and shaking the bed with huge strength. It took the entire care team to hold Michael,” Beaumont nurse Yasmeen Bachir said. “I guess every superhero has to die at least once.”

Pruitt's mom is a rehab tech for Beaumont.

His wounds happened in the place where the high-voltage electricity exited his body, through his big toes. They were burned from the inside, but have been bandaged and are healing.

According to Beaumont, recovery from electric shock depends on the severity of the injuries, the percentage of body burned and others.
Potential symptoms of an electric shock include: