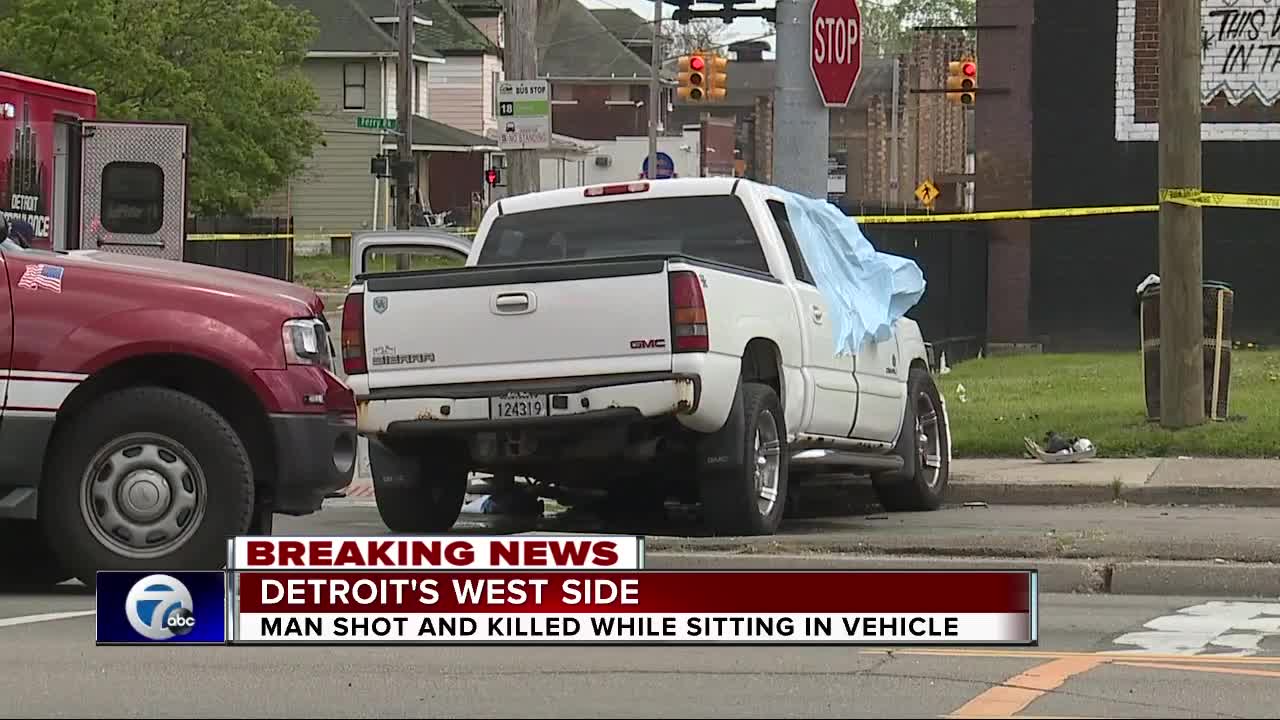 Police are investigating the murder of a man who was sitting in his vehicle on Detroit's West Side.

DETROIT (WXYZ) — A man was shot and killed on the city's west side, while sitting in his vehicle Wednesday afternoon, Detroit police say.

The victim has not yet been identified.

The shooting occurred in the area of 14th Street and West Grand Boulevard.

Police say the victim was driving a white pick up truck and crashed into a street light after being shot. He was pronounced dead at the scene.

Residents in the area who live on Lothrop Street, say they heard at least two gun shots being fired. Police say they believe some type of altercation may have happened before the shots rang out.