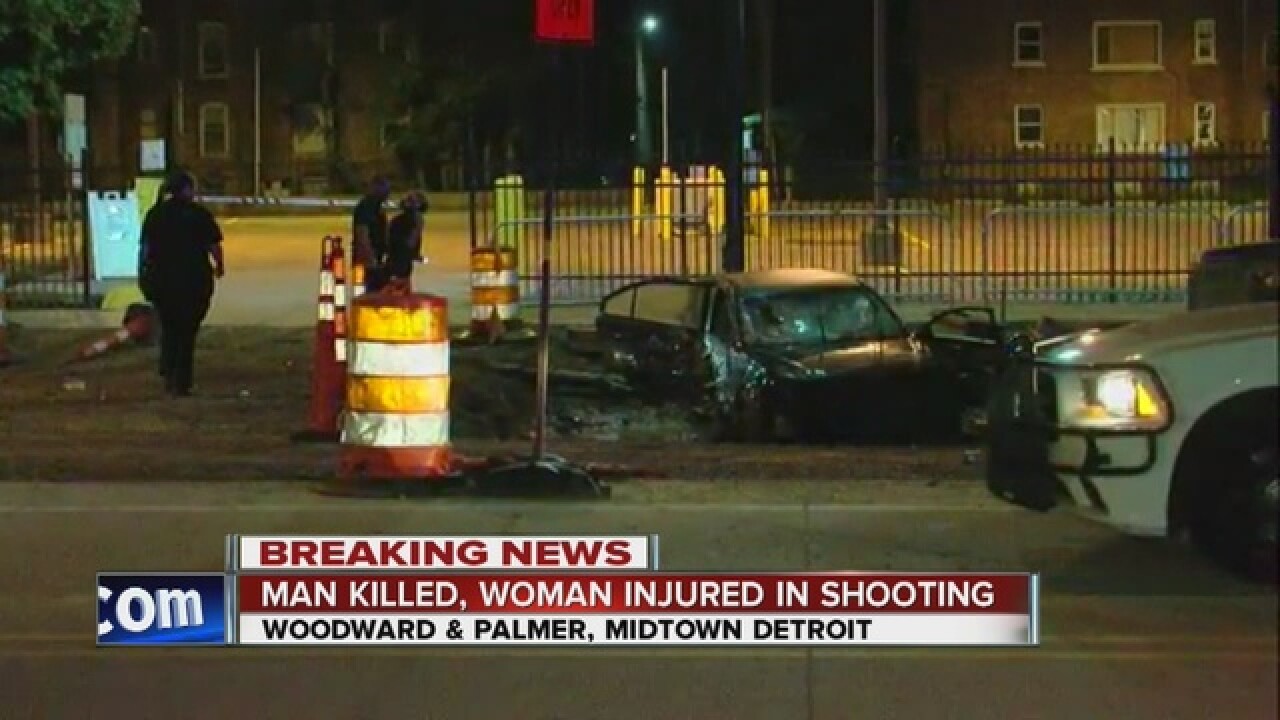 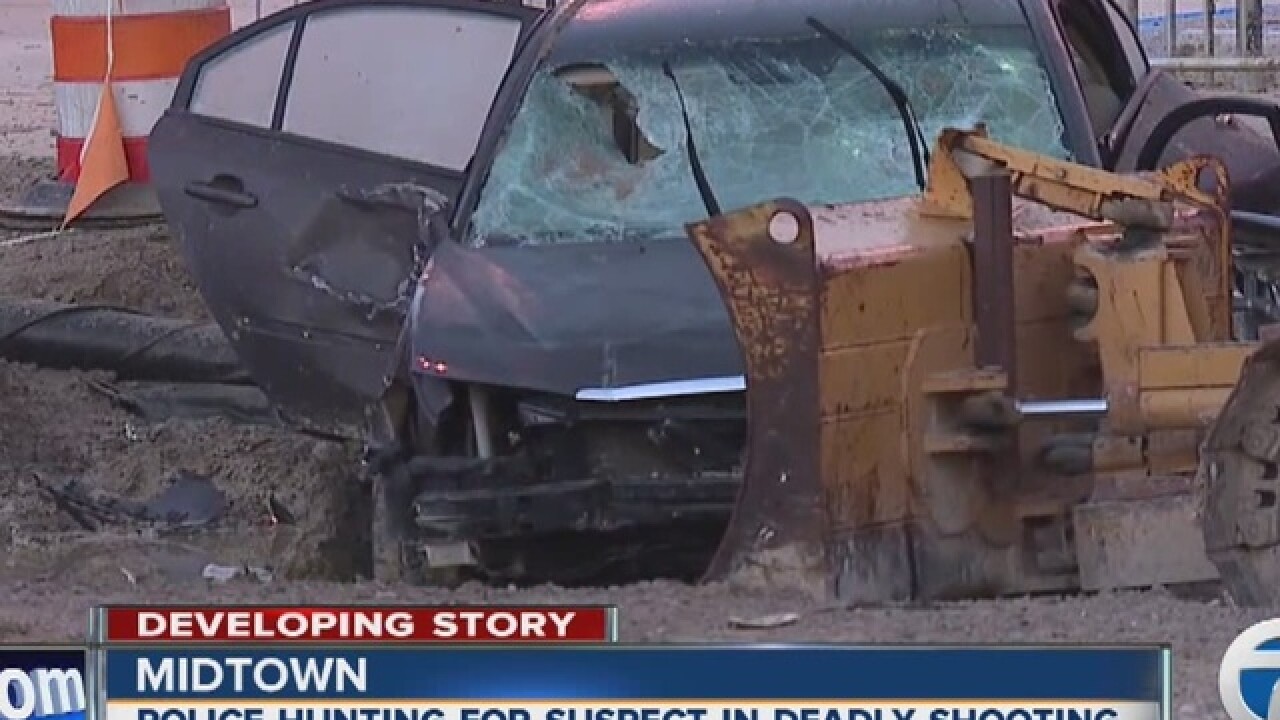 Police are working to piece together a fatal shooting that caused a car crash in Detroit's Midtown early Monday morning.

Detroit police say they believe the driver was shot before he got into the car to drive himself to the hospital.

They say he was traveling southbound on Woodward, and hit one of these barricades before his car went airborne and crashed into the M1 Rail construction ditch.

Investigators tell us they were called to this car crash on Woodward near Palmer around 1:30 a.m. They discovered this Hyundai Sonata in the ditch.

"He hit that fence, he was going and then he went airborne and launched the car over the bulldozer," said witness Tyrone Grasty.

Grasty says he was walking to a corner store when he witnessed the crash. He says he a few others ran to the car, where they heard the passenger asking for help.

"She was screaming and hollering saying, 'I'm pregnant sir, help me help me,'" said Grasty. "Then she was like 'help him, he's shot. They shot him.' I was like, 'oh Lord.' He looked up, lifted his head one final time, and he was out of there."

Police tell us the driver who died, a 25-year-old man, was shot once in the chest.

The 24-year-old woman was taken to the hospital for minor injuries, she is expected to be OK.

This police investigation is going to delay progress on a portion of the M1 Rail construction project for a few hours.