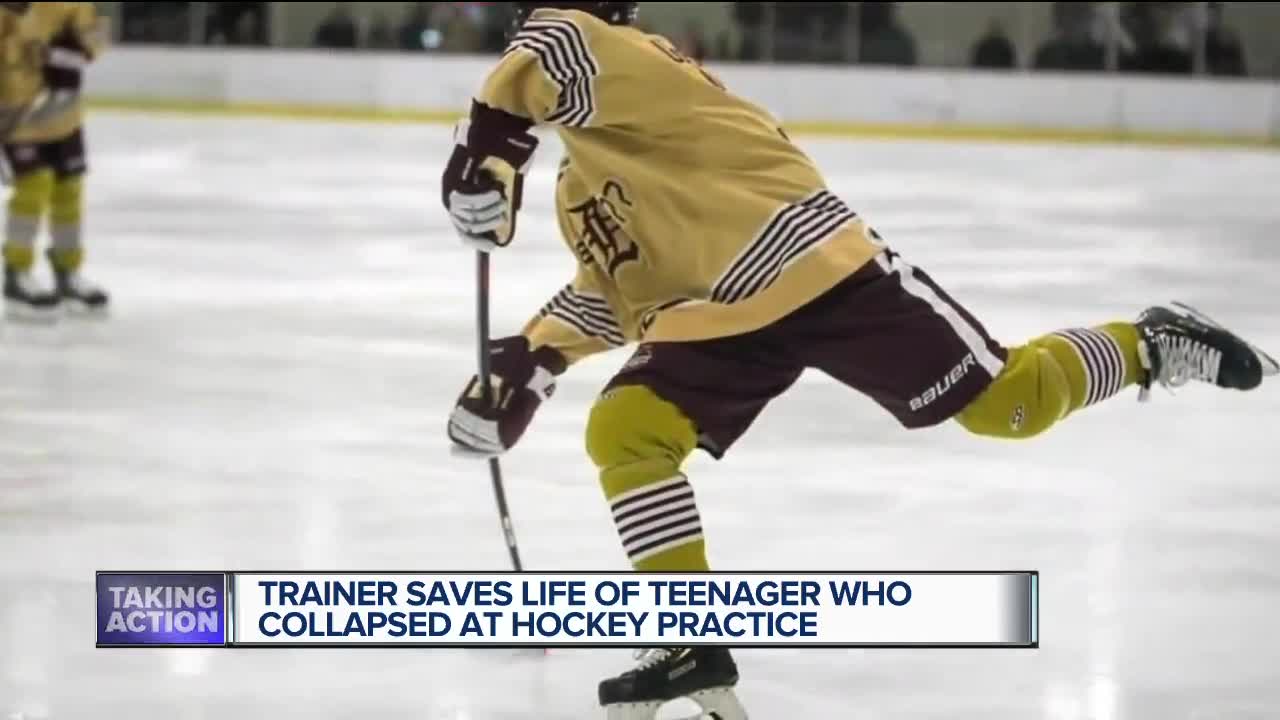 A family is thanking the hockey trainer who saved the life of a teen who collapsed at hockey practice.

Unfortunately, two days after Christmas, Conor went into cardiac arrest during practice at the Hazel Park Ice Arena. Fortunately, Eric Schwab was there and quickly jumped into action.

Schwab works for the Henry Ford Health System and is one of a number of their certified athletic trainers contracted out to work at area schools, colleges, universities and professional sports teams.

Schwab's new assignment is as the head athletic trainer for U of D Jesuit, and he was just worried about Conor when the teen collapsed on the ice.

"I worried about all of his teammates who witnessed that," Schwab told 7 Action News.

The trainer performed two rounds of CPR on Conor before someone was able to bring him a defibrillator.

"We got the pulse back and he started becoming responsive to my verbal commands," Schwab said. "That was a relief."

An ambulance rushed Conor to a nearby hospital. A friend had taken him to practice so his parents were called at home and told to rush to the hospital.

Conor's mom, Nikki Place, said her immediate thought was, "I hope he's alive" after hearing their son was on the way to emergency.

After a week in the hospital, doctors are still searching for what could have caused Conor's cardiac arrest. However, one thing Conor and his family are sure of is that Schwab being at the rink that day was "divine intervention."

"Those things don't happen as a coincidence," Conor said. "It was a test of faith, really."

Schwab attends the school's hockey games but that was the first day he attended their practice. Schwab said he went because he's relatively new and wanted to get to know the guys better.

"I'm blessed I was able to be there to help Conor," he said.

Nikki and Ira Place are now encouraging other venues to have defibrillators on hand in case of emergency.

Conor recalls seeing Schwab at the foot of his bed in the hospital.

"I was like, 'Hey Eric! What are you doing here?' and then my dad told me he saved my life," the teen said.