Man who criticized Macomb County judge on Facebook not guilty 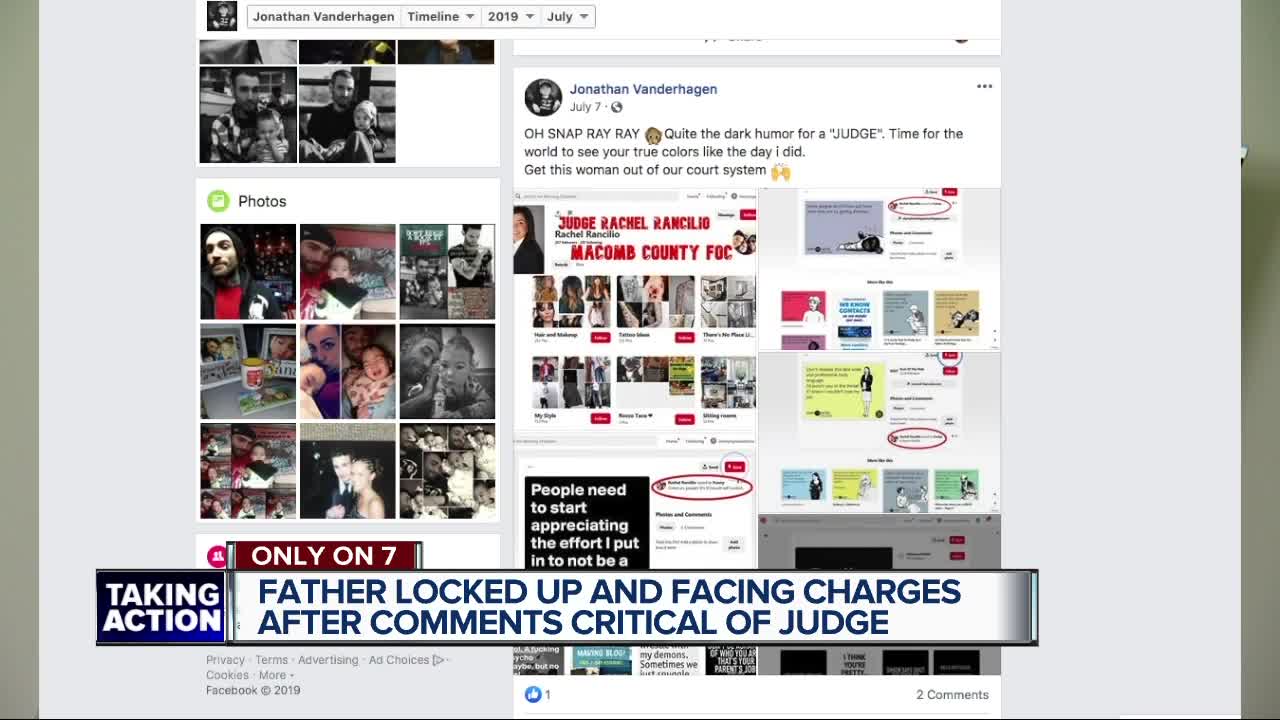 (WXYZ) — A father who was jailed for repeatedly criticizing the court system in Macomb County has been found not guilty by a jury. Jonathan Vanderhagen was charged with malicious use of telecommunications services for Facebook posts directed at Macomb County Family Court Judge Rachel Rancilio.

On September 22 it will be the two-year anniversary of the day Deborah Vanderhagen’s grandson Killian lost his life. She believes her son Jonathan Vanderhagen is justified in feeling the court cost her grandson his life. He died in the custody of his mom after her son asked for sole custody.

“His lawyer said something is going to happen to this child. You need to get him away from the mother. There are too many red flags. And the judge said, oh that is in the past,” said Deborah Vanderhagen.

The police report filed after two-year-old Killian died shows he had a previous medical condition and investigators did not believe there was evidence Killian’s mother was responsible. His dad felt otherwise and repeatedly posted criticism of the judge who presided over his case and friend of the court on his Facebook Page.

Judge Rachel Rancilio saw the posts, many of which are publicly targeted at her. She apparently felt uncomfortable and possibly threatened. She did not hear the custody hearing, which was handled by a court referee.

The Macomb County Sheriff’s office responded and found he criticized what Judge Rachel Rancilio pinned on Pinterest as in his opinion inappropriate, posted videos saying he feels she and others responsible for Killian’s death, and blamed the court system for his loss.

The investigative report also says at no time did he threaten harm or violence.

Still he was charged with malicious use of telecommunications services and released on bond. Then he made more posts, such as one that reads, “Dada back to digging and you best believe I’m gonna dig up all the skeletons in this court’s closet.”

He denied a plea deal offered by the county that would've given him a misdemeanor with credit for time served, and a trial started on Friday. A jury found him not guilty nearly a week later the next Thursday.