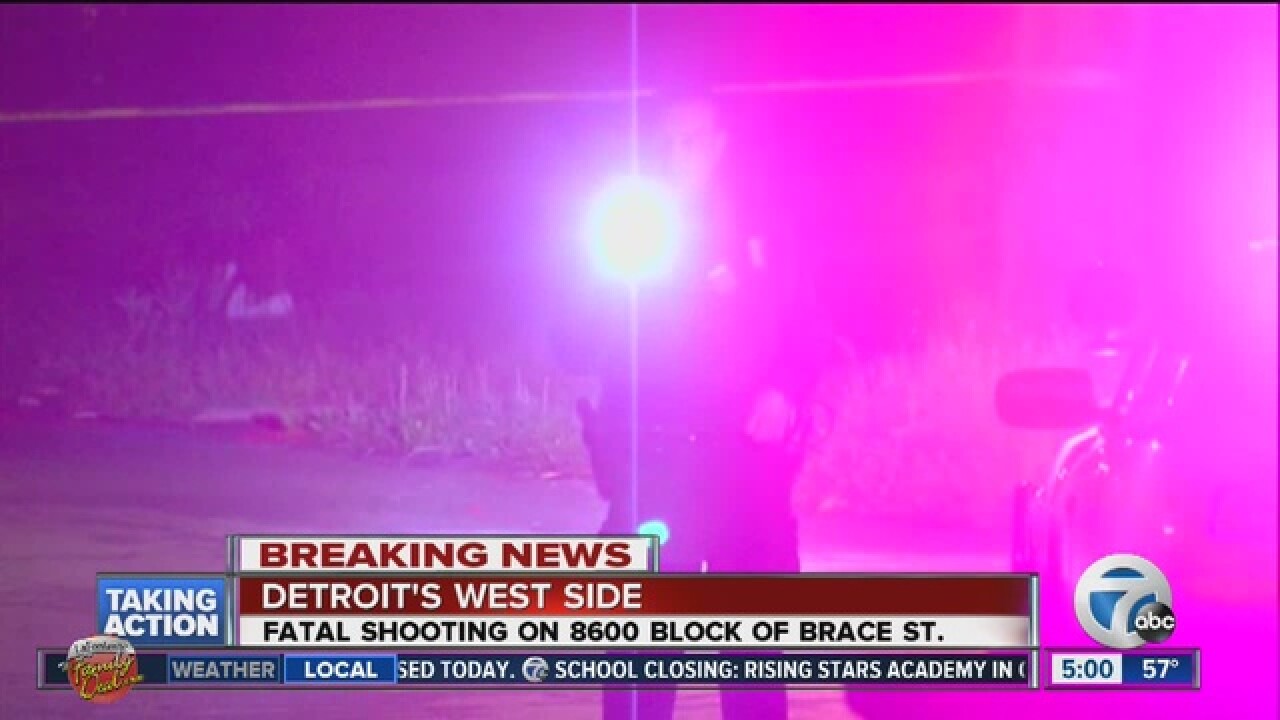 Detroit police are investigating this morning after a fatal shooting on the city’s west side near the 8650 block of Brace.

The victim’s body was found in the middle of the street surrounded by multiple shell casings.

Police say the victim is a man in his mid 20s, and he was driving a Ford Taurus that was not registered to him. They believe he didn't live in the neighborhood and was shot during a sales transaction of some sort.

Right now, the investigation continues. No suspect description has been released yet.