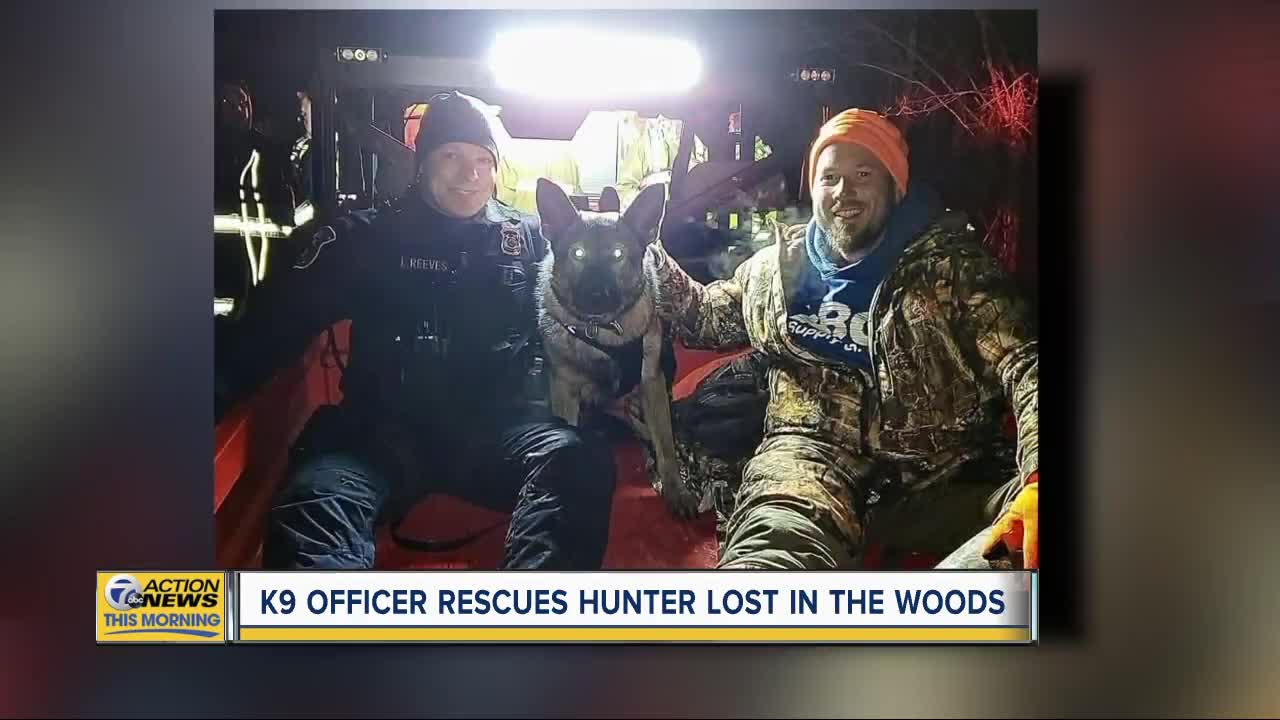 MARYSVILLE, Mich. (WXYZ) — A hunter in Clyde Township has a K-9 officer to thank after losing his way while out hunting Saturday.

According to Marysville Police, the man called a friend to say he was lost deep in the woods in state game area near Abbottsford and Bryce Road.

“He had been in the woods a long time from our understanding. I wasn’t too hopeful on finding an actual track. But we knew we had some bad weather coming in and it was going to get rather cool over night so we wanted to try and find him as quickly as we could," said Officer Justin Reeves with Marysville Police.

Around 9:45 p.m., Marysville Police, the St. Clair County Sheriff’s Office and the Clyde Township Fire Department all started looking for the man. Officer Reeves and his K-9 partner, Heiko, were among the search party.

K9 Officer Heiko to the rescue! The K9 along with Officer Reeves of the Marysville Police Department helped bring a lost hunter deep in the woods to safety last night. Photo credit: Marysville Police @wxyzdetroit pic.twitter.com/wUSW4wcJDZ

“We probably had about a dozen of us out there. We were trying to get a helicopter with thermal imaging abilities to make it out there and they said they were going to work on it, but it was going to be maybe at least an hour," Officer Reeves told 7 Action News.

That's when Heiko, a 4-year-old German Shepherd, showed off his skills.

In under an hour, Heiko led officers to the missing hunter, who wasn’t hurt and didn’t seem to know how far into the woods he’d wandered.

Officer Reeves said a hunter gets lost a couple times a year. This is the second time Heiko has helped locate a missing hunter.

Heiko is also the first and only K-9 officer with Marysville Police.

“When these types of situations arise it’s nice to have another set of tools out there that can do things that we can’t," Officer Reeves said.