Massive 18-foot python trapped on roof of garage in Detroit. Here's how she got there 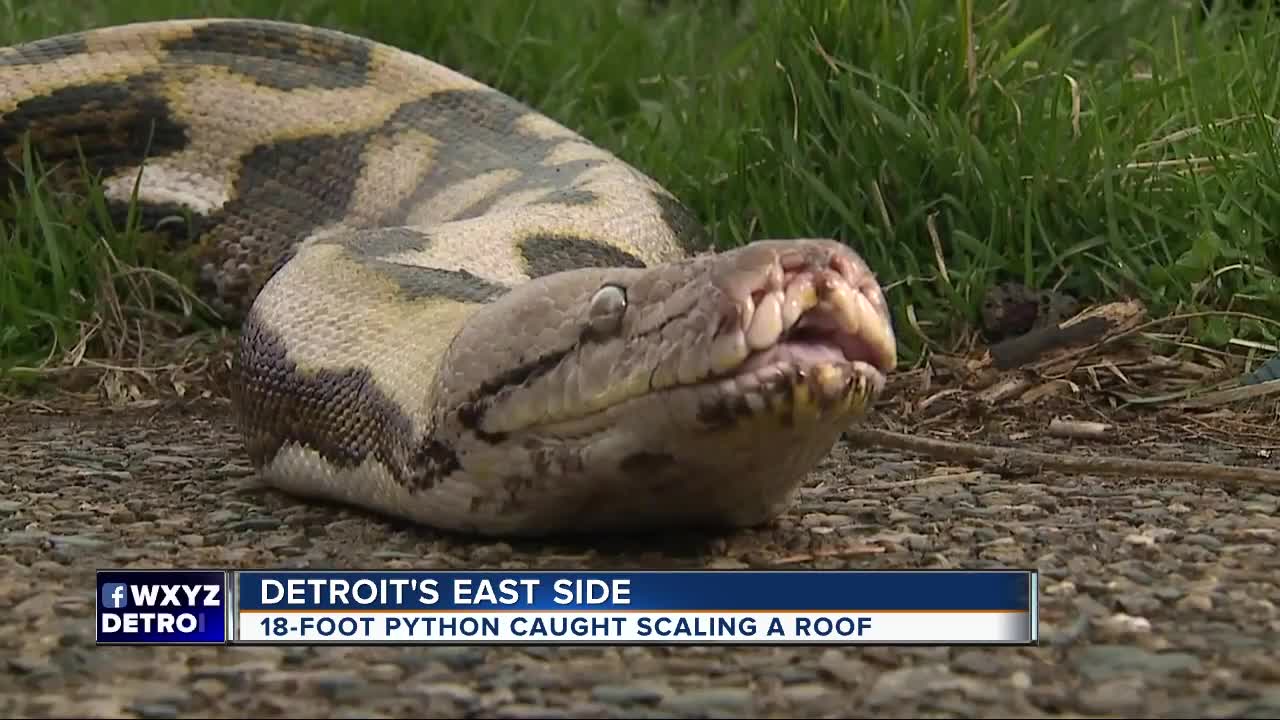 Juliet is an 18-foot reticulated python that created quite a scare in an east side Detroit neighborhood. 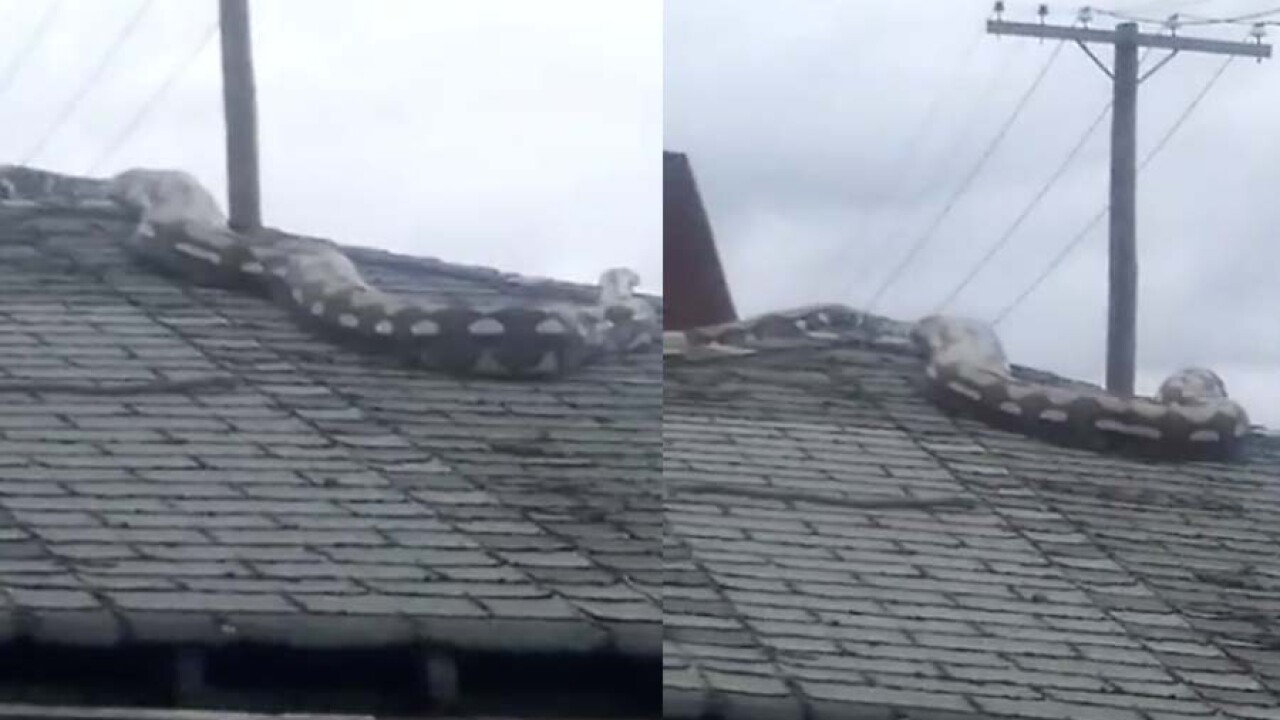 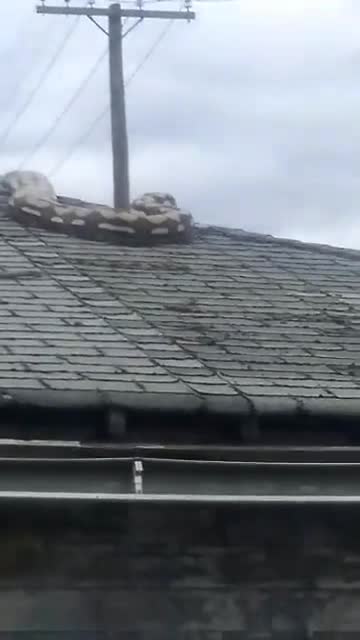 DETROIT (WXYZ) — Juliet is an 18-foot reticulated python that created quite a scare in an east side Detroit neighborhood.

The snake slithered up and onto the shingles of Detroit roof. A crowd quickly gathered and police arrived and watched the spectacle , too.

Juliet's owner, Devin, eventually showed up to save the snake.

He says the python is about 8 years old, 18-feet long and docile. Juliet has been around humans her entire life, he said, and would never intentionally harm anyone.

Her diet consists of thawed rabbits.

"It was my fault that she did get out," Devin said. "(I) didn't put the lock on probably. (But) I was able to get here (and) get her back to her cage quick."

Though a little less than sure about the snake's legal status, Devin says it was Juliet's safety he was worried about. Even finding rocks on the roof, he fears were thrown at her.

The python that escaped in #Detroit and climbed on a roof is now safe and sound.
See this gal's primetime debut at 11 on @wxyzdetroit pic.twitter.com/9vluYIRu3E