Mayor-elect files lawsuit against city of Clawson, the city that she'll be serving 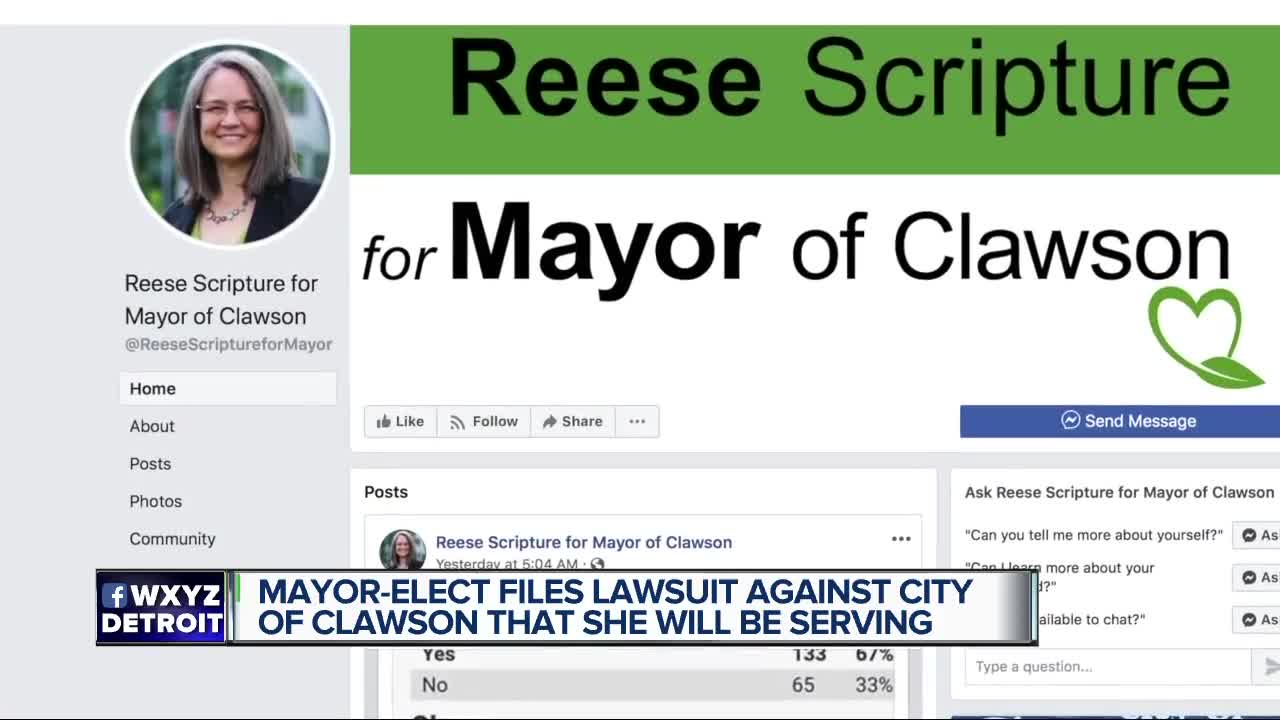 The mayor-elect of Clawson is suing the city she will son be leading.

CITY OF CLAWSON, Mich. (WXYZ) — A legal battle is being fought against the city of Clawson, by the same woman just elected mayor.

She says council meetings back in 2018 violated the state's open meetings act. The complaint led to the city manager and a former city employee leaving the city.

Scripture explained the lawsuit in a video shot by the Oakland Times.

"There's evidence and concerns that they had been meeting, deliberating and making decisions in secret, in privacy, when they should have been made in public," Scripture told the Times.

7 Action News reached out to the current mayor and city council members, but no one has agreed to talk.

Scripture also declined to comment on the lawsuit but says she will speak publicly soon.