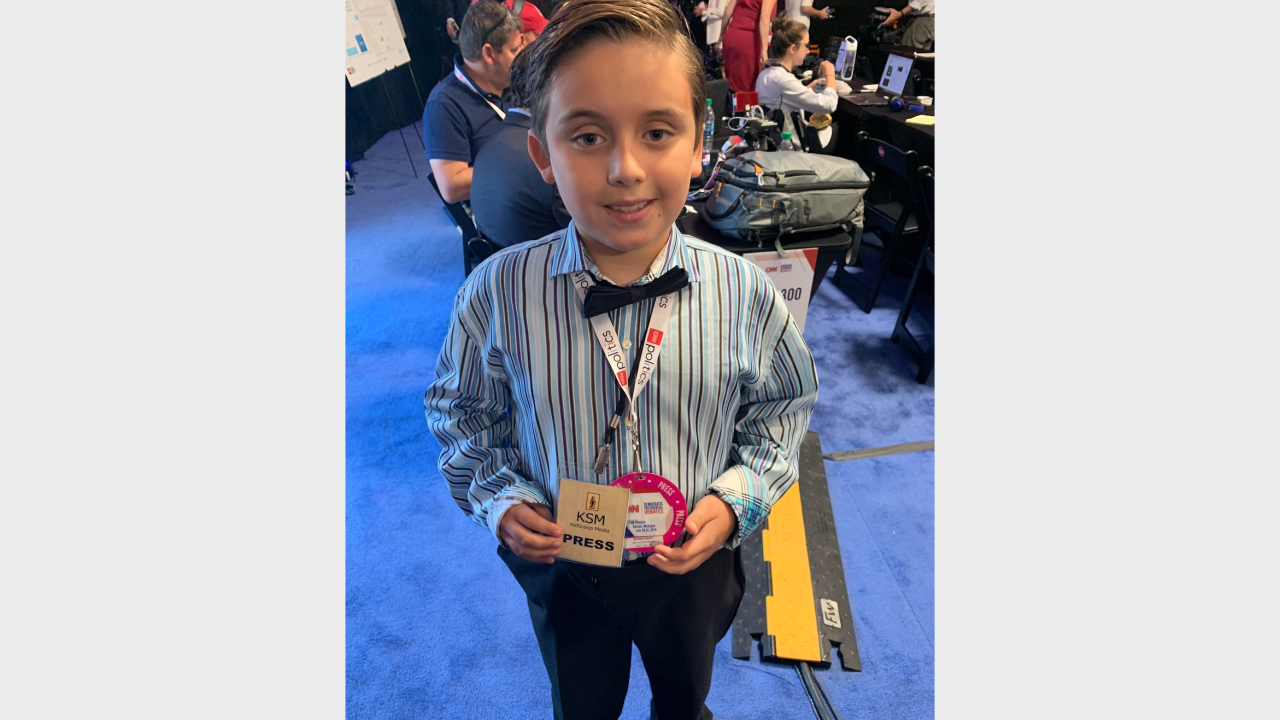 DETROIT (WXYZ) — Hundreds of journalists from across the country have converged on Detroit for the second Democratic presidential debates, but one face stands out in the spin room. Dressed in a bowtie, button-up dress shirt and dark slacks, it's hard to miss 10-year-old Jeffery Kraft.

Jeffery, who is from Culver City, Calif., works for Kids Scoop Media, and is covering the debate for the organization. He said he's trying out journalism, and this is the first debate he's ever been to.

"The first night was really nice," Jeffery said about Tuesday's debate at the historic Fox Theatre.

Over the course of his time in Detroit, he's talked to several of the candidates, including Sen. Elizabeth Warren, Reps. Tim Ryan and John Delaney, and Marianne Williamson.

Unlike the other media members in the spin room, he's not asking the questions the candidates normally get.

"I ask them questions like, 'when you become President, what pet would you bring back to the White House?'" Jeffery said.

After the debate on Tuesday, Jeffery was caught on camera asking Williamson about if she had a pet, and what pet she'd bring to the White House if she won.

Young reporter: “If you become President, what animal will become the White House’s pet?”

Answer: “The White House is very big. Theoretically you can have a cat and a dog.” pic.twitter.com/1HCTVHqcuU

He said will leave Detroit on Thursday, but they may head over to Canada before going back home to Culver City. He said he's thinking about covering more debates.