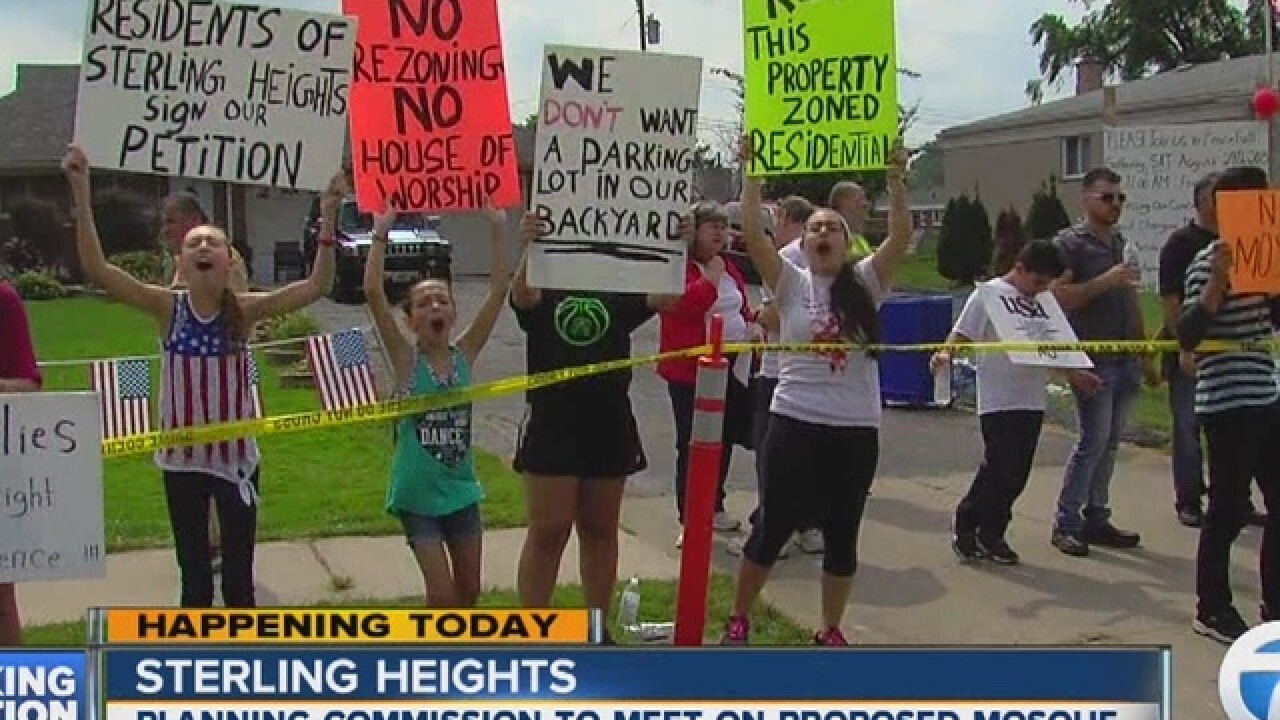 A plan to build a Mosque on 15 Mile near Mound in Sterling Heights will be discussed by the planning commission Thursday night at 7.

“We’d be happy to have a mosque in Sterling Heights,” said Debbie Rose, “That’s just not the right location for it."

Some talked about wanting to protect the Chaldean population in Sterling Heights, saying they fled violence at the hand of Islamic extremists in Iraq.

“I don’t want a mosque anywhere,” screamed one protester during the demonstration last month.

"Michigan Muslims are not responsible for the burning churches and killing Chaldeans.  In fact, the majority of Muslims in Michigan and America were opposed to the immoral invasion of Iraq which opened up the hell that caused the large uprooting of Chaldeans to Michigan after 2003,” said Dawud Walid, Executive Director of the Michigan Chapter of the Council on American-Islamic Relations,
in his blog.

"Much of the Islamophobia coming from Chaldeans in Michigan is counter-transference in my estimation.  Those who have come here from Iraq suffered deep trauma, and that is being transferred to Michigan Muslims who are not responsible for that trauma,” said Walid.

He said he hopes by looking at the causes for fear, understanding can be reached.