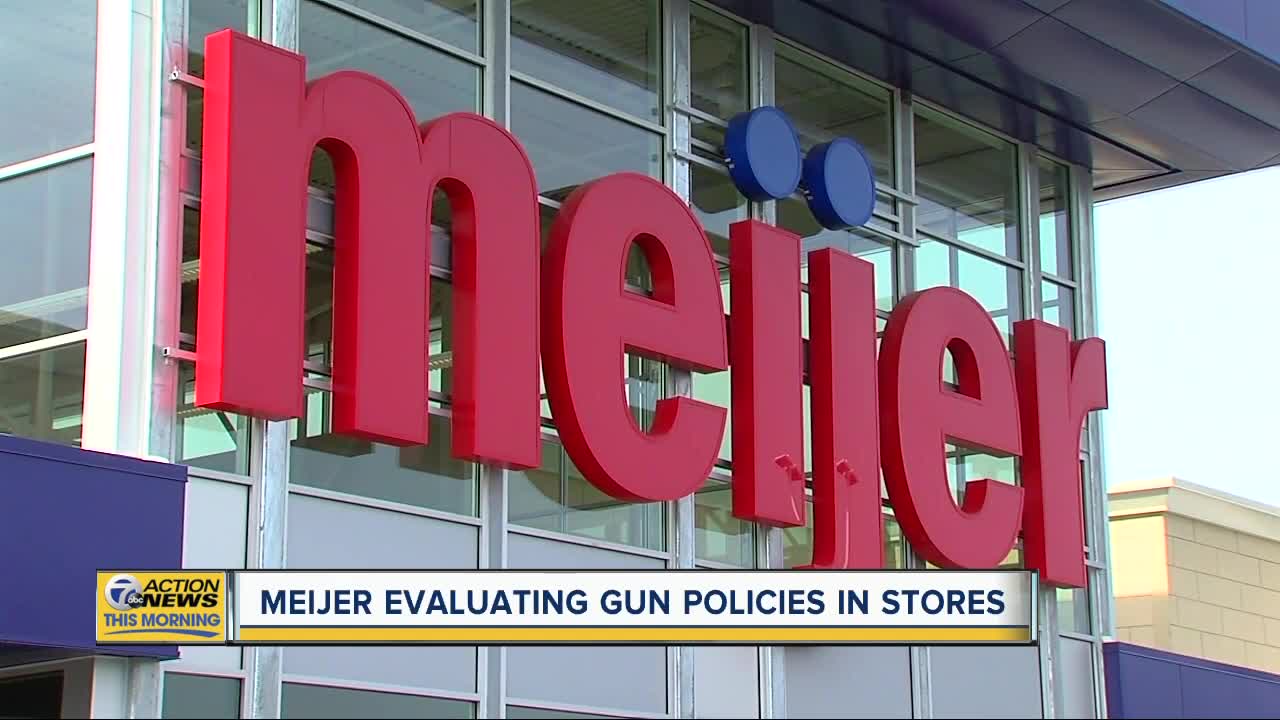 (WXYZ) — Michigan-based grocer Meijer is taking another look at its store gun policies.

The move comes after both Kroger and Walmart asked customers to not openly carry weapons in their stores anymore.

Meijer says they previously made changes to their "Age of Purchase" policies when it comes to buying ammunition.

Now, the retailer says they'll work with shoppers to update its in store gun policy.