Metro Detroit is one of the most dangerous places for walkers 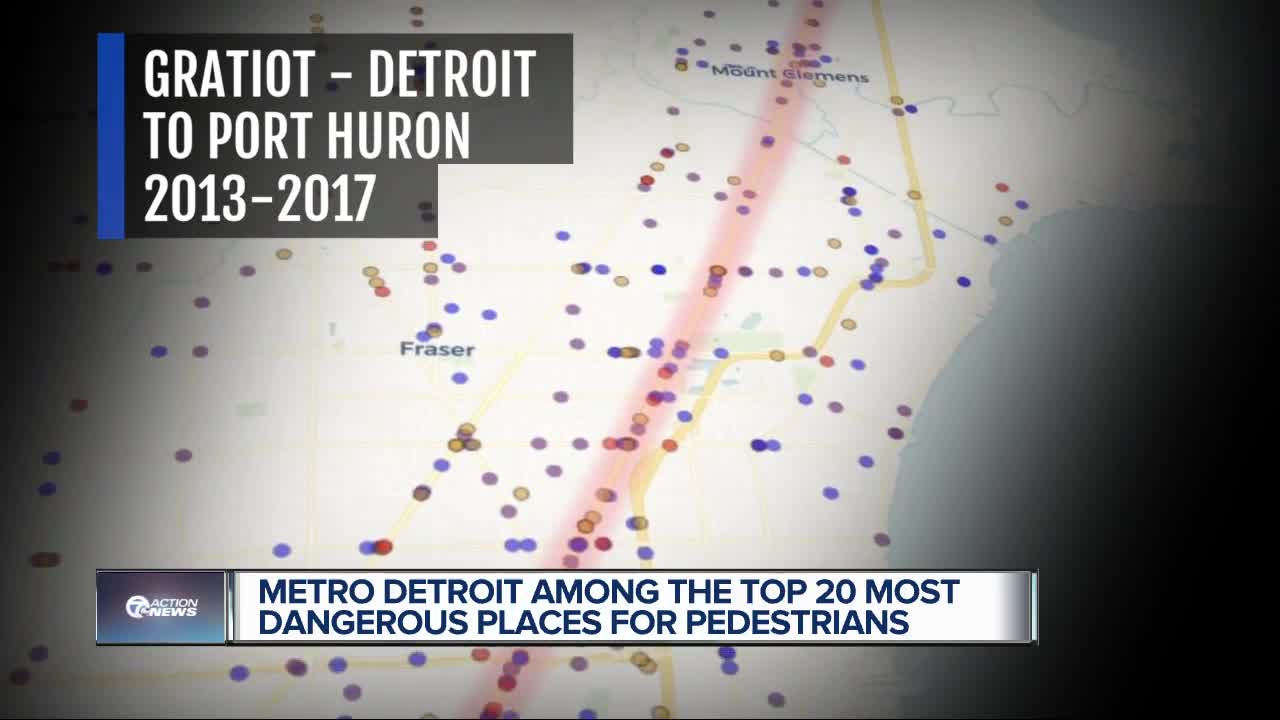 Jayden Paeth’s life changed in an instant in February. He got off his school bus and started walking home on the sidewalk. The 16-year-old did nothing wrong. Surveillance video shows one driver ran a stop sign at Beard and Tenth Street. Another driver in a Durango then went off the road into Jayden. 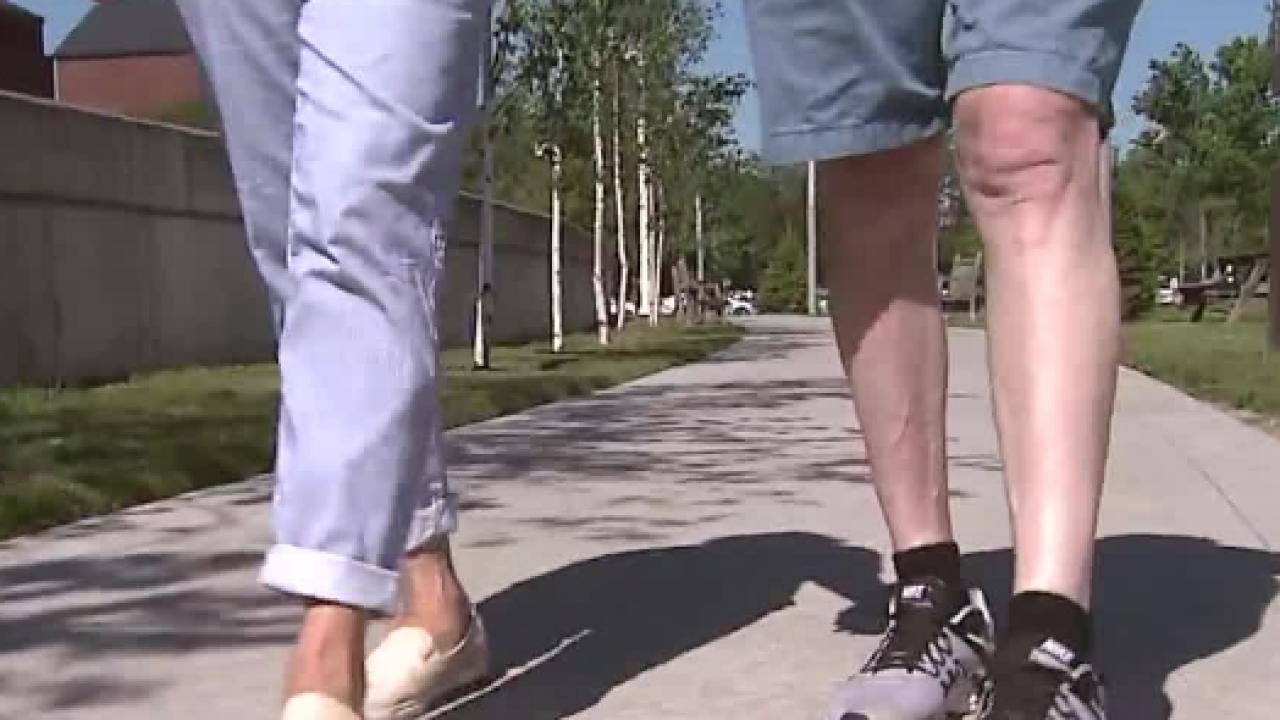 (WXYZ) — Jayden Paeth’s life changed in an instant in February.

He got off his school bus and started walking home on the sidewalk. The 16-year-old did nothing wrong. Surveillance video shows one driver ran a stop sign at Beard and Tenth Street. Another driver in a Durango then went off the road into Jayden.

His dad was at home and his mom at work.

“We heard all the sirens,” said Michael Kenney, Jayden's dad. “It happened a block away from the house.”

“A neighbor of ours called the store and told me our son was in a car accident. He was breathing, but they rushed him to the hospital,” said Jody Provost, Jayden's mom.

“The first three days we didn’t know if he was going to make it,” said Kenney.

The driver who hit him took off from the scene. Deputies later found, pursued and arrested 43-year-old Patrick Houle of Kimball. He’s charged with fleeing, leaving the scene and driving on a suspended license.

“He changed Jayden forever. He changed us forever,” said Provost.

Jayden now has been in the hospital for about three months. He spoke for the first time at the end of April.

“I cried my eyes out when he said 'I love you.' They practiced in speech with him to say it to us,” said Provost.

“He’s been progressing with his walking now, with assistance,” said Kenney.

“It is going to be a long road,” said Provost.

This family is not alone. If you take a look at a map put together by the Southeast Michigan Coalition of Governments, you can see the thousands of pedestrian involved accidents that have happened in recent years in metro Detroit. A recent study found the metro area is one of the more dangerous in the country for pedestrians.

In the most recent year for which there is data – 2017 – police reported 1,223 crashes in metro Detroit, 218 of them resulted in serious injury and 84 people lost their lives.

“There are crashes everywhere, but you start to see patterns,” said Jenya Abramovich, who does transportation modeling for SEMCOG.

The organization compiles data on crashes so communities can use it to make roads safer.

“There are corridors in our region where you see, block after block, are crashes every year,” said Abramovich.

We decided to take a look at some of the problem areas around metro Detroit. The SEMCOG office looks over one place where in recent years there have been more than a dozen pedestrian crashes, the streets around Campus Martius Park.

Because speed limits are low most are not serious. But if you people watch in the area for a short time you will see distracted drivers, distracted walkers and people jaywalking. The accident reports show those are the causes.

Along Jefferson in Downtown Detroit, not far from Hart Plaza, is another cluster of crashes. But there, people drive faster, so the injuries are more serious.

The more serious injury trends can often be seen along major multi-lane roads, such as Van Dyke in Warren. Between 2013 and 2017, there were 15 pedestrian accidents on that stretch of road. Three people lost their lives.

One of the most deadly roads in metro Detroit is Gratiot. Over the five years between 2013 and 2017 from Detroit into Macomb and St Clair Counties there have been at least 180 crashes, at least 27 of them fatal.

SEMCOG says it puts this map together to let communities know where the problems are so they can take action. It just launched its walk, bike, drive safe campaign, hoping to make a difference with awareness. You can learn more at walkbikedrivesafe.org.

Jayden’s parents say they spoke out for our story because they want drivers to keep at the front of their minds the potential for destruction that comes from driving too fast, drunk, distracted, or simply making a mistake on the roads.

“Slow down. Consider everyone. It is not just about yourself,” said Kenney.

“Causing an accident you can change someone's life forever. 16 years old. Sophomore in high school. And now he is fighting every day to do the normal things he was doing before all this,” said Provost.

Jayden’s parents have been away from work as they work to make sure his medical needs are met. The family is in need of support. If you would like to contribute you can do so at https://www.gofundme.com/believe-in-jayden.

You can find out more about how dangerous the streets you travel on every day are at https://maps.semcog.org/CrashLocations/.