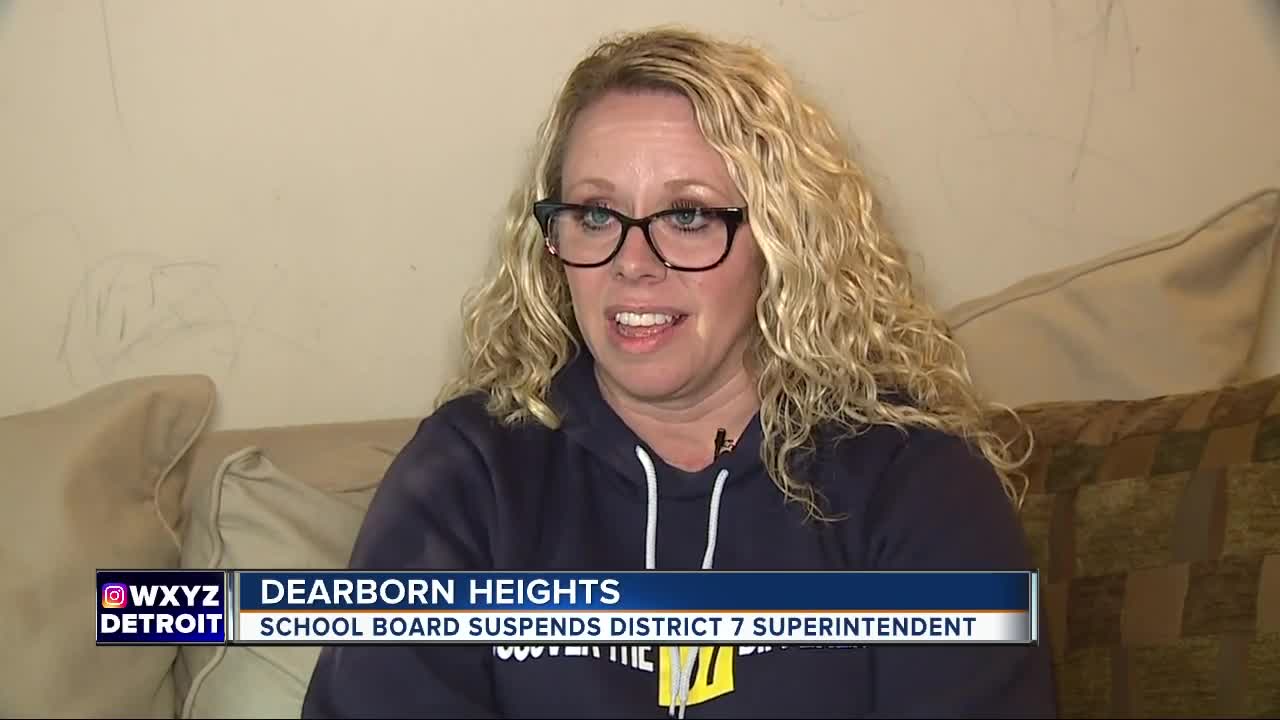 The Dearborn Heights School District 7 held a board meeting, only one thing was missing – the district's superintendent. She was suspended for making a toast to a retirement party.

DEARBORN HEIGHTS, Mich. (WXYZ) — The Dearborn Heights School District 7 held a board meeting, only one thing was missing – the district's superintendent. She was suspended for making a toast to a retirement party.

Parents in attendance don't agree with the board's decision.

Parents say what happened to superintendent Jennifer Mast isn't fair, and is a bit over the top. Mast does admit to having a champagne toast at a retirement party, but didn't expect this type of reaction from the board.

Parents say the way Mast has been treated by the board and her suspension is excessive.

"I’ve seen many people suspended or reprimanded but it’s never been this drastic for a first offense," said Joshua Ely, who supports Mast.

Mast says 10 months ago in June, she had a champagne toast at a retirement party for two administrators. Mast says no students were there and it was a controlled environment.

Parents say she they’ve got her back.

"We want her here the community wants her here," Ely said. "She's done good things since she’s been here and everybody loves her."

Mast says word got out about the champagne toast from another staff member.

"The staff member made a threat after the investigation took place and basically said that if she was disciplined she was going to reveal a dirty little secret," Mast said.

We received a statement from the Dearborn Heights School District 7. It reads, in part:

Since this is a personnel matter subject to applicable privacy rights, no further comments will be made.

Mast says discipline should be handed down but not so harshly for a first offense.

"This is just a terrible time and for a single mom of three kids," Mast added. "It’s never a good time to not get paid for five days."