Voters to be asked to back mass transit tax 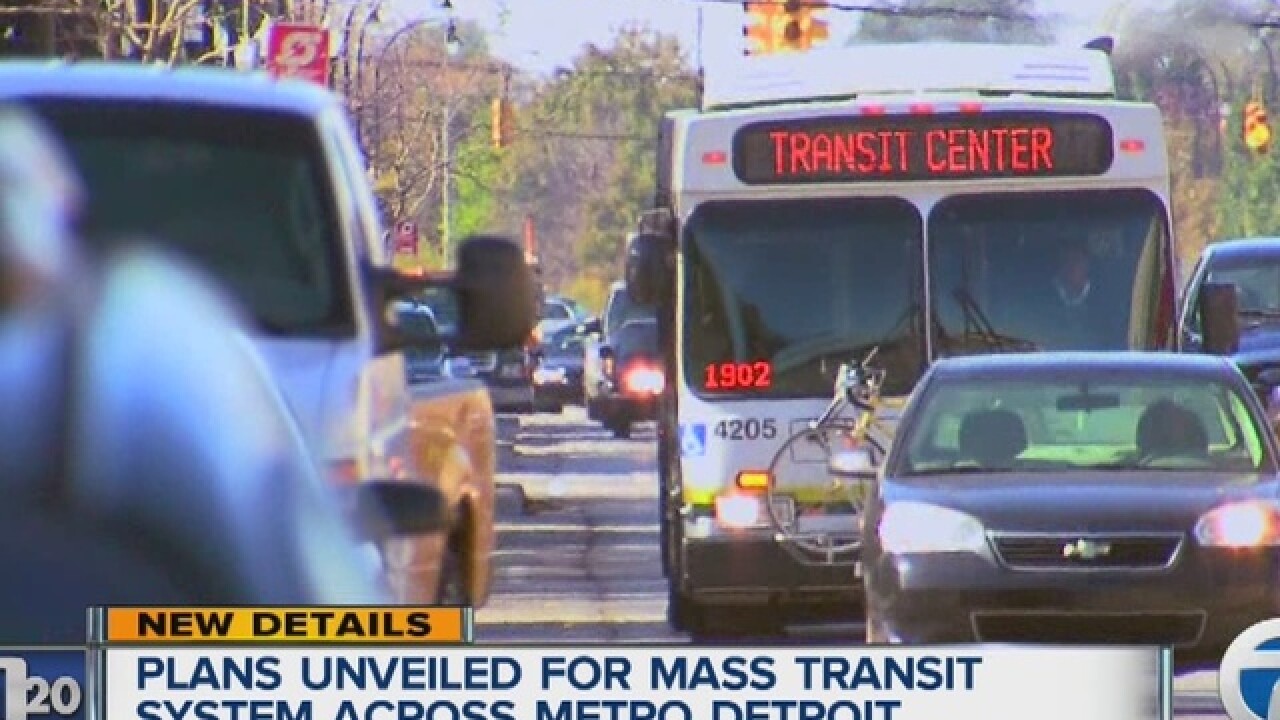 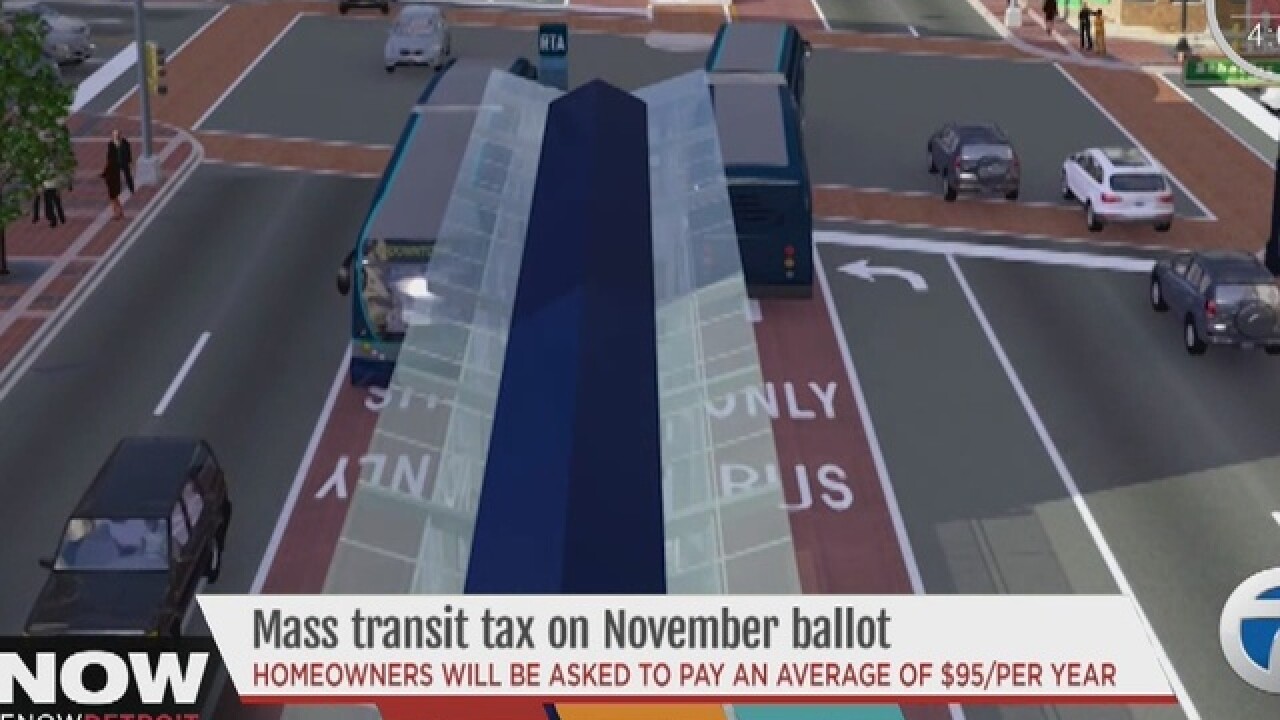 Detroit-area homeowners will be asked to pay an average of $95 a year in property taxes to finance a regional mass transit system that would include a commuter rail line, a network of rapid buses and express service to Detroit Metropolitan Airport.

A master plan unveiled Tuesday by the Regional Transit Authority of Southeast Michigan calls for assessing a tax of 1.2 mills in Wayne, Oakland, Macomb and Washtenaw counties for 20 years. That equates to nearly $8 a month for a house with a taxable value of roughly $79,000 — or an assessed value of more than $158,000.

The proposed tax will appear on the November ballot. The proposal requires a majority of the combined votes in the four-county region to pass.

Regional leaders have all issued statements on the proposal:

Southeast Michigan needs a better regional transit system that connects Wayne County with our neighboring Macomb, Oakland and Washtenaw counties. The detailed and comprehensive master plan released by the RTA of Southeast Michigan is the solution and foundation for that connected, reliable regional transit system we so desperately need. In other regions around the country, significant economic development is occurring around transit like this.

Southeast Michigan, Wayne County and our communities and residents will benefit from the rapid transit bus routes across county lines, specialized services for seniors and people with disabilities and commuter rail that will connect people to jobs, opportunities and services and spur economic development that works for and benefits all in the region.

Access to effective public transit is critical to growing the city’s economy and to helping connect Detroiters with jobs and opportunities. The master plan released by the RTA today promises to expand regional service and improve coordination between our various transit system, increasing access to jobs and creating new opportunities for economic development. I urge voters to support the the RTA Master Plan when it is on the ballot this November.

After supporting the legislation to create the RTA, I am encouraged to see the initial proposal of a long-term planning effort to develop a regional master transit plan for Southeast Michigan’s four counties: Oakland, Macomb, Wayne and Washtenaw. There are growing business clusters throughout Oakland County with thousands of jobs that people must be connected to. Effective regional transit that people can utilize to reliably commute to work is important for both employers and employees. Over the next few weeks, we will learn more details about how the plan benefits Oakland’s residents. We will look for value commensurate with the investment being asked of taxpayers. If a final plan is adopted by the RTA Board, it will then be up to the voters to decide if they see value in increasing public transit investment to connect our region and maximize access for the world class businesses and organizations in Oakland County.

After supporting the legislation to implement the Regional Transit Authority, I requested the highest quality representation from Macomb County to serve on the board.  I appointed two individuals to the Regional Transit Authority who are experts in the field of civil engineering and economic development and who have a dedication to regional cooperation.  I also understood the complexity of implementing a new system for the Detroit Region.  Macomb is the fastest growing county in the four-county service area.  It critical for Macomb and the entire region that mobility is possible for those who need it.  It is also imperative that this area stay competitive in the field of mobility.  The RTA’s initial plan reveal will help voters around the region see the plan first-hand and begin an open discussion on transit. This initiative will mark a major change in funding and structure for transit.  Macomb and voters across the four-county service area need to decide if RTA is the investment they are looking for.  I would like to thank the leadership and staff of the RTA for their hard-work and dedication to this initiative.

The majority of the transit system would be implemented within five years. A key component would be a rail line connecting downtown Ann Arbor and downtown Detroit, with stops in Ypsilanti, Wayne and Dearborn. There also would be bus rapid transit — including dedicated lanes, permanent stations, traffic signal preference and pre-board ticketing — from downtown Detroit to Pontiac, M-59 and Detroit Metro Airport and between downtown Ann Arbor and downtown Ypsilanti.

Other elements include seamless commuter bus routes across county lines, a universal fare card, new local services connecting communities no public transportation into the regional network and improved services for the disabled and seniors.

RTA Chairman Paul Hillegonds said southeast Michigan is the only major urban area in the U.S. without a viable, coordinated transit system. The plan would "connect people with jobs, connect communities with one another and encourage economic development as well as providing greater independence for seniors and people with disabilities."