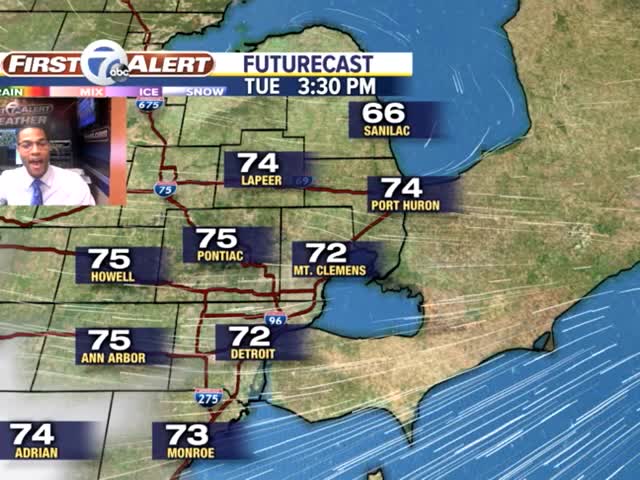 A few showers are still possible to start the week. 7 First Alert meteorologist Mike Taylor has the latest. 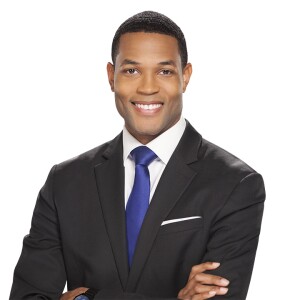 Tonight: A chance of showers before 2am. Patchy fog, mostly cloudy, with a low around 65.

Monday: Patchy fog, mostly cloudy with a high near 75.

Monday Night: Mostly cloudy, with a low around 62.

Tuesday: Mostly sunny, with a high near 78.

Tuesday Night: Mostly clear, with a low around 60.

Wednesday: Sunny, with a high near 80.

Clouds and sun will continue to battle for the rest of the day into Monday. A few showers will be possible as well, since our atmosphere won't change much going into the workweek. Eventually, the skies will clear up but that won't occur until Tuesday late morning into the afternoon.

There's a weak area of low pressure passing through Metro Detroit along with its accompanied fronts. This system is dragging low-level moisture into the area keeping us cloudy and in-play for scattered showers & cloudy skies. The "Muggy Meter" will stay noticeable as well, while we are in the warm sector. The last week of Summer is looking good however, and is rightfully the forecast highlight. Highs remain comfortable for much of the week, with a bigger warm up towards the weekend.