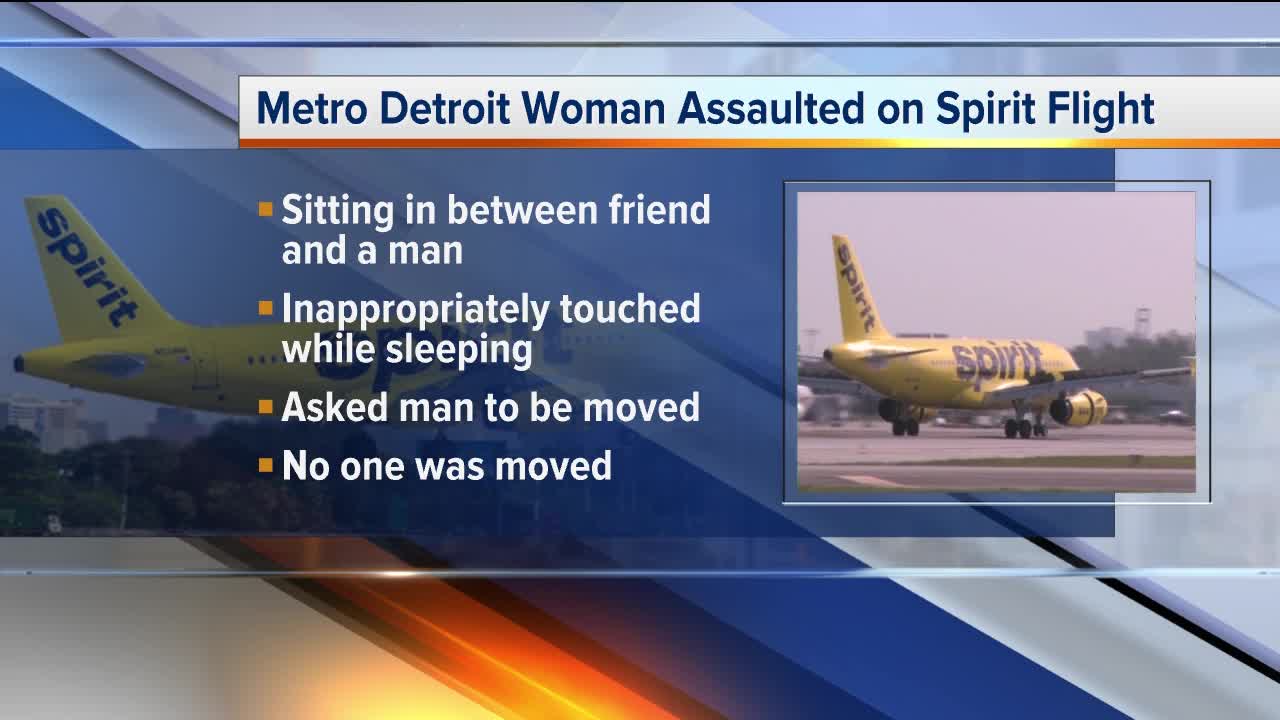 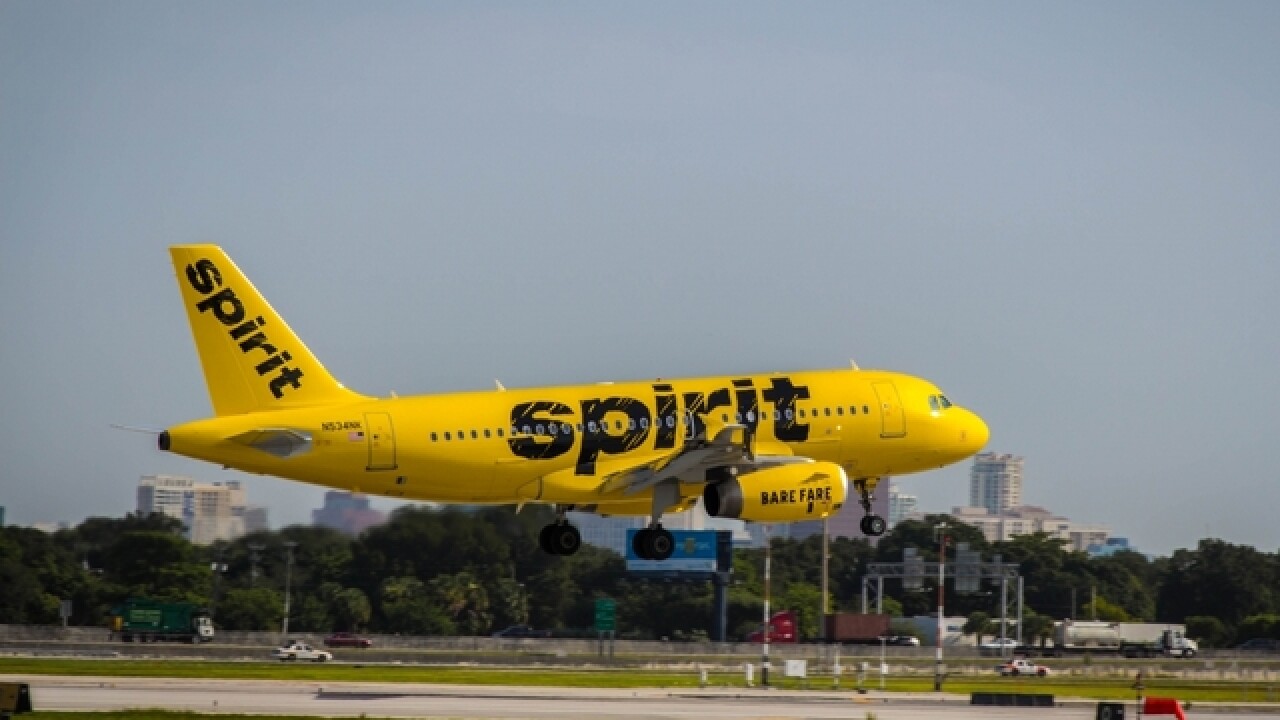 (WXYZ) — A metro Detroit woman says she was assaulted while flying on Spirit Airlines.

She says she notified a flight attendant – but that the airline failed her.

The incident allegedly happened on Tuesday, Jan. 21 on a flight from Atlanta to Detroit.

A 22-year-old metro Detroit woman says a man touched her in an inappropriate sexual manner.

Tia Jackson told CNN she was flying in the middle seat in between her friend and another man who had the aisle seat.

She says while sleeping, the man allegedly put his hand inside the back of her pants.

Jackson says she called a flight attendant who offered to move her. She did not want to leave her friend and asked that the man be moved. In the end, Jackson says no one was moved.

"Our flight attendants on board that flight learned of the alleged incident 18 minutes prior to landing when the guest pressed the call button and received immediate attention. Once she told the flight attendant who came to her seat, the flight attendant directed her to a different seat. The cabin crew wanted to move her, as opposed to him, because the move would have left him with an empty seat on one side and an aisle on the other."

She says she did file a report with police.

The airlines says they will be working with law enforcement during the course of the investigation.