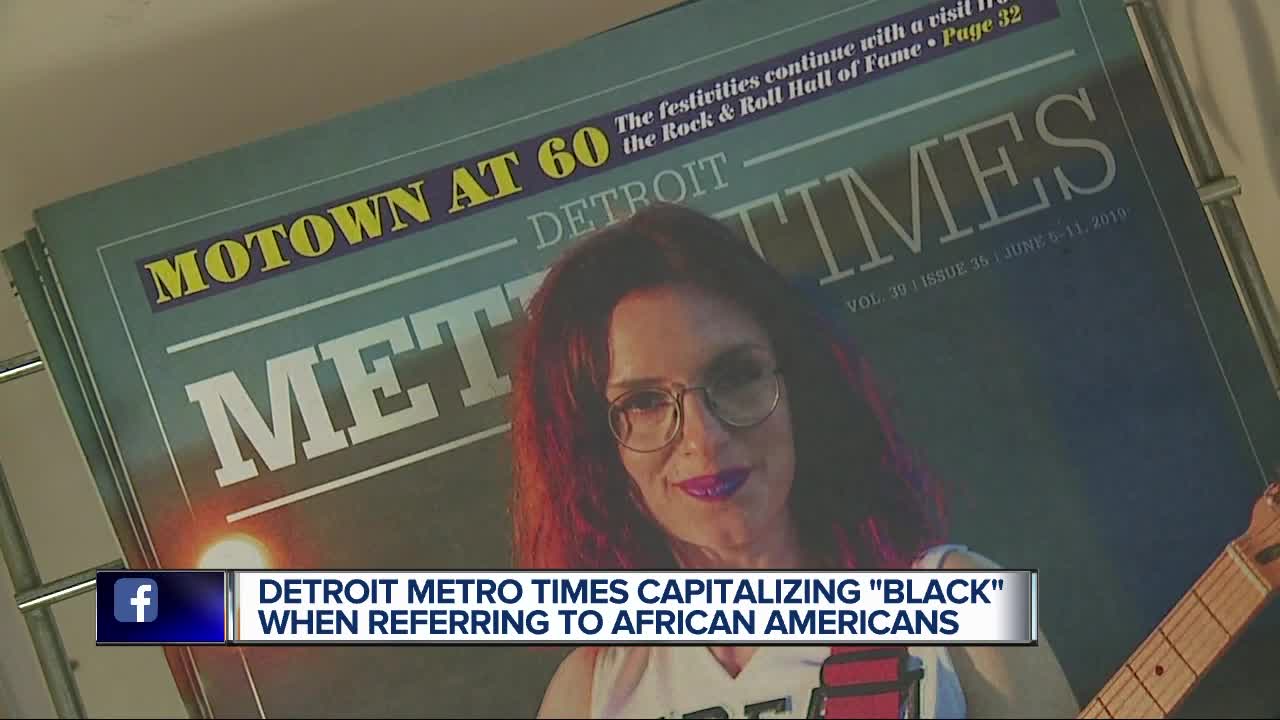 When describing racial or ethnic groups, most writing guidelines require capitalization, like for the word ‘Asian’ of ‘African-American.’

DETROIT (WXYZ) — When describing racial or ethnic groups, most writing guidelines require capitalization, like for the word ‘Asian’ of ‘African-American.’

However, many don’t require it for the words ‘black’ or ‘white’ when describing a group of people.

Detroit Metro Times announced a new style guideline when it comes to capitalizing the ‘B’ in ‘Black.’

“‘Black’ with a capital ‘B’ makes sense,” that’s the decision Lee DeVito made after talking to the Detroit Metro Times staff.

Some of the writers were capitalizing it when describing African-Americans, but he was changing it back to lower case, in line with the Associated Press guidelines, which is what many media organizations follow.

“It’s more work to delete this, maybe I should try to learn why,” DeVito says.

Imani Mixon is one of the writers who capitalize the ‘B.’

“The idea is that this is the group of people that this person identifies with, belongs to,” she said.

She explained to DeVito that there is a movement to identify the term ‘Black’ as an ethnic group.

“Even if it does feel weird, if it’s something that sort of is not what we learned in journalism school or even when you’re learning how to write an English paper, I think it’s something worth revisiting,” she explained.

DeVito says some of the staff members disagreed.

“Some people felt like it was a color, it’s not an ethnic group,” he said. “It’s a fluid thing. I don’t think we can just view ethic groups as the static things that remain fixed.”

Why not stick with the term ‘African-American?’

“A lot of people that I know identify as black, identify just as that. I’ve never called myself an African-American in real life unless I’m checking off a box,” Mixon explained.

We showed her some of the viewer feedback on Facebook from those disagreeing with the move or saying they should also capitalize the ‘W’ in the word ‘white.’

She responded, “Nobody says other things can’t exist because blackness exists, but if it is here let’s capitalize it and talk about it.”

DeVito is confident he made the right call.

He added, “I wanted people to, especially the black community, to feel like I was listening.”