Michigan has made the list of the top 10 states with the most registered sex offenders per capita, according to a report by ASecureLife.com.

The security system site used data from the National Sex Offender Public Website and Family Watchdog to compile their research on each state.

Michigan ranked in at #6.

The top 10 states with highest number registered sex offenders are:

These states have the fewest sex offenders per capita: 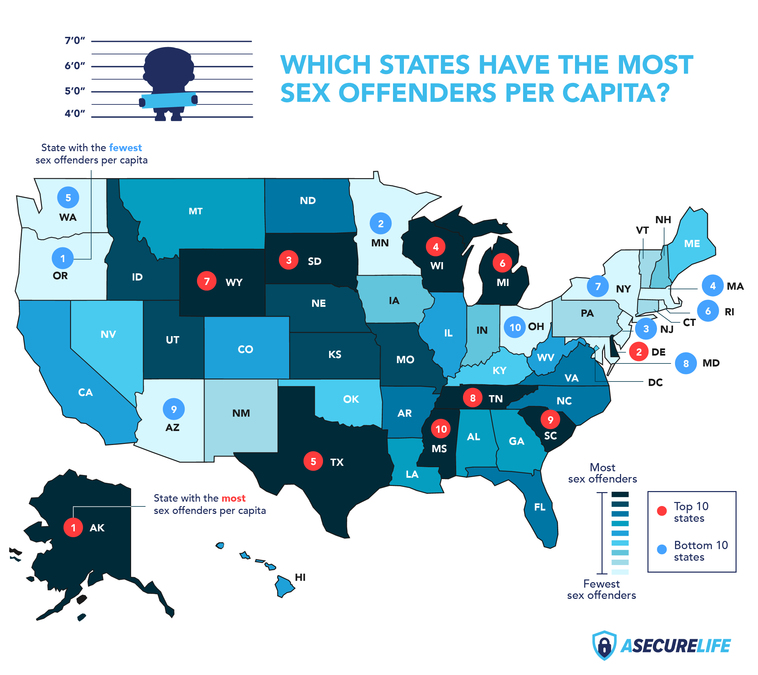