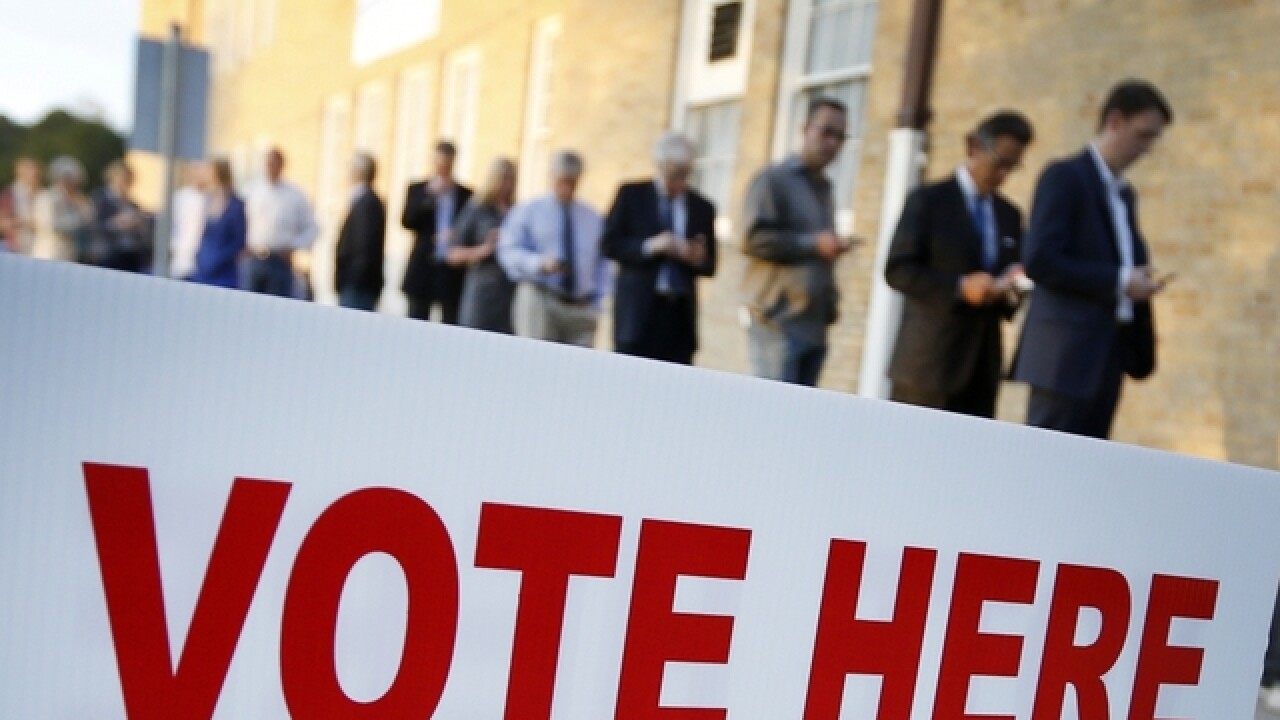 An all-volunteer group of activists has defied the odds by collecting hundreds of thousands of voter signatures for a 2018 initiative to overhaul redistricting in Michigan — without having to pay a dime for a signature.

It's a rarity in state politics outside of anti-abortion ballot drives, which have had a large base of support within churches and crucial organizational backing from Right to Life and other organizations.

Voters Not Politicians, a ballot committee opposed to the partisan gerrymandering of congressional and legislative districts, is poised to turn in roughly 400,000 signatures by year's end. About 315,000 valid ones are needed. An astounding 350,000 signatures have been gathered in just three months, thanks to a legion of at least 3,000 active and trained volunteers circulating petitions.

"Our circulators know what they're doing and they take it seriously," said the group's president Katie Fahey, who wrote a Facebook post in the aftermath of the 2016 elections asking people to fight gerrymandering. "It shows the enthusiasm of everyday people wanting to make sure that this change actually happens."

The Legislature and governor now control the once-a-decade redistricting process, which has led to seats that are drawn to guarantee as many comfortable, uncompetitive districts as possible. The majority party, which was the GOP after the 2010 and 2000 population counts, pads its advantage by translating its votes into a greater share of victories. The practice has been criticized for diminishing the number of centrist lawmakers and furthering political polarization, though some experts point to more influential factors such as people self-sorting into like-minded communities.

Under the proposed constitutional amendment , a commission of citizens would handle redistricting.

There would be four Democrats, four Republicans and five members with no affiliation with either major party — drawn at random by the secretary of state. The panel would be prohibited from providing a "disproportionate advantage" to a political party, using "accepted measures of partisan fairness."

Fahey said one reason the ballot proposal has struck a chord after the bitter presidential election is it lets people coalesce behind the concept of nonpartisan fairness, which "everyone can agree on" and "feel good about," instead of rehashing arguments over their political beliefs with family and others. Donald Trump's win in Michigan and Bernie Sanders' victory in the Democratic primary here, she said, showed that voters wanted to change a "broken" political system.

"Redistricting and gerrymandering seemed like that fundamental issue where we could really start changing the system and trust it again," said Fahey, who lives in Caledonia and works in the recycling and waste industry.

The drive's early grassroots success, which was aided by social media and dozens of town hall events, has impressed even critics who oppose the measure.

"They're making the petition management industry look bad. They've done for seemingly free what outfits charge a substantial amount of money to do," said Bob LaBrant, a longtime Republican strategist and redistricting expert. "Their grassroots effort has been remarkable."

He said a circulator was recently spotted with a table at a rest stop along Interstate 96 in Howell.

"Wherever two are more are gathered, they've been there," LaBrant said.

As the ballot committee nears the end of signature gathering, its leaders are preparing for what's next — a possible legal challenge and the campaign for votes in the face of what's expected to be stiff resistance from GOP allies who see the plan as a partisan maneuver to help Democrats.
LaBrant and Eric Doster, who served as general counsel for the Michigan Republican Party for 25 years, helped to create the opposition Committee to Protect Voters Rights last month.

"Getting it on the ballot and getting it passed are two different things," said Democratic consultant Howard Edelson, who isn't involved in the redistricting issue but has worked on other statewide initiatives before.

Having raised $278,000 as of Oct. 20, Voters Not Politicians has hired a law firm along with a Lansing-based public relations firm with experience advocating for or against ballot initiatives.

LaBrant criticized the random selection process proposed by the amendment, saying commissioners would be "absolute neophytes ... not having a clue about redistricting." They would have to rely heavily on the secretary of state for assistance, he said.

"The power behind the throne is going to be whoever is elected secretary of state," said LaBrant, who suspects the measure was drafted largely with Democratic secretary of state candidate Jocelyn Benson — a respected election expert — in mind.

He said the proposal would downgrade a requirement to minimize breaks in county and municipal lines in favor of vague standards requiring that districts reflect "communities of interest" and that they not give a party a "disproportionate advantage."

"You're going to have these districts spoking out of urban cities into township and rural areas to basically kind of spread out the Democratic urban vote," LaBrant said. "These districts are going to be not exactly compact."

Organizers of the ballot drive, however, deny having partisan motivations and say their goal is to have a congressional delegation and Legislature that truly reflect the electorate. It's no surprise that "political elites" are fighting the measure to keep their power, Fahey said.

Last fall, voters statewide split their ballots essentially 50-50 between Republican and Democratic state House candidates. Yet Republicans won 57 percent of the House seats, claiming 63 seats to the Democrats' 47. That amounted to a double-digit "efficiency gap" — a measure of whether gerrymandering has helped a political party enlarge its power — one of the highest advantages among all states.

Jamie Lyons-Eddy, a former teacher from Troy who directs field operations for the initiative after being inspired by Fahey's Facebook post, said getting people to sign the petitions has been pretty easy despite the potential for redistricting to be an unfamiliar, fairly complex topic.

Volunteers carry custom clip boards with maps of oddly-drawn, gerrymandered districts on the back to help explain the issue to would-be signers.

"The idea that voters should choose their politicians instead of the other way around is pretty straightforward," she said.