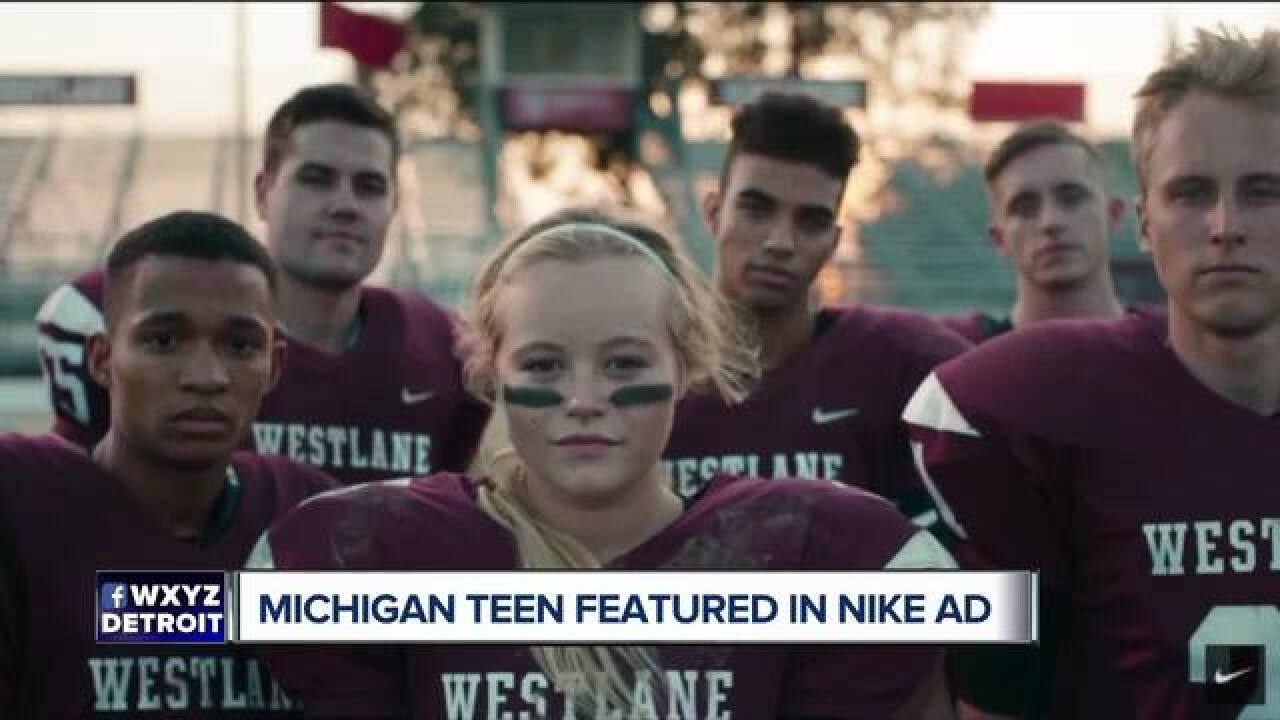 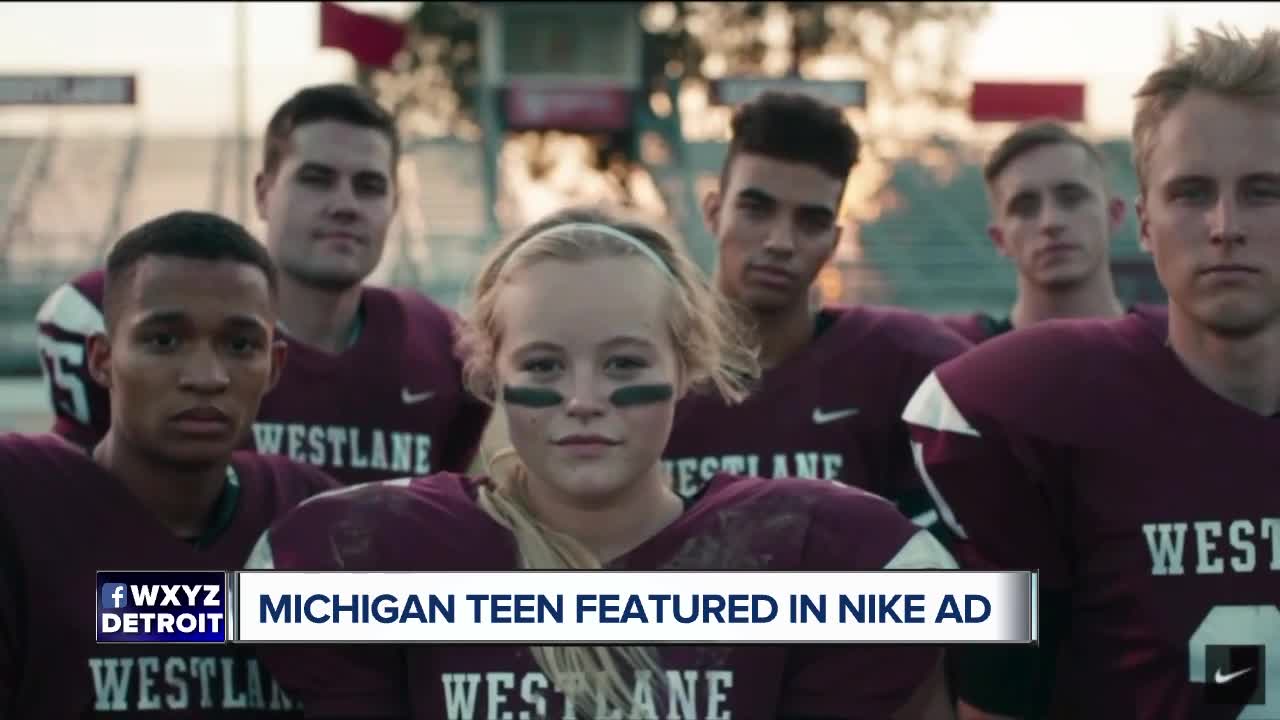 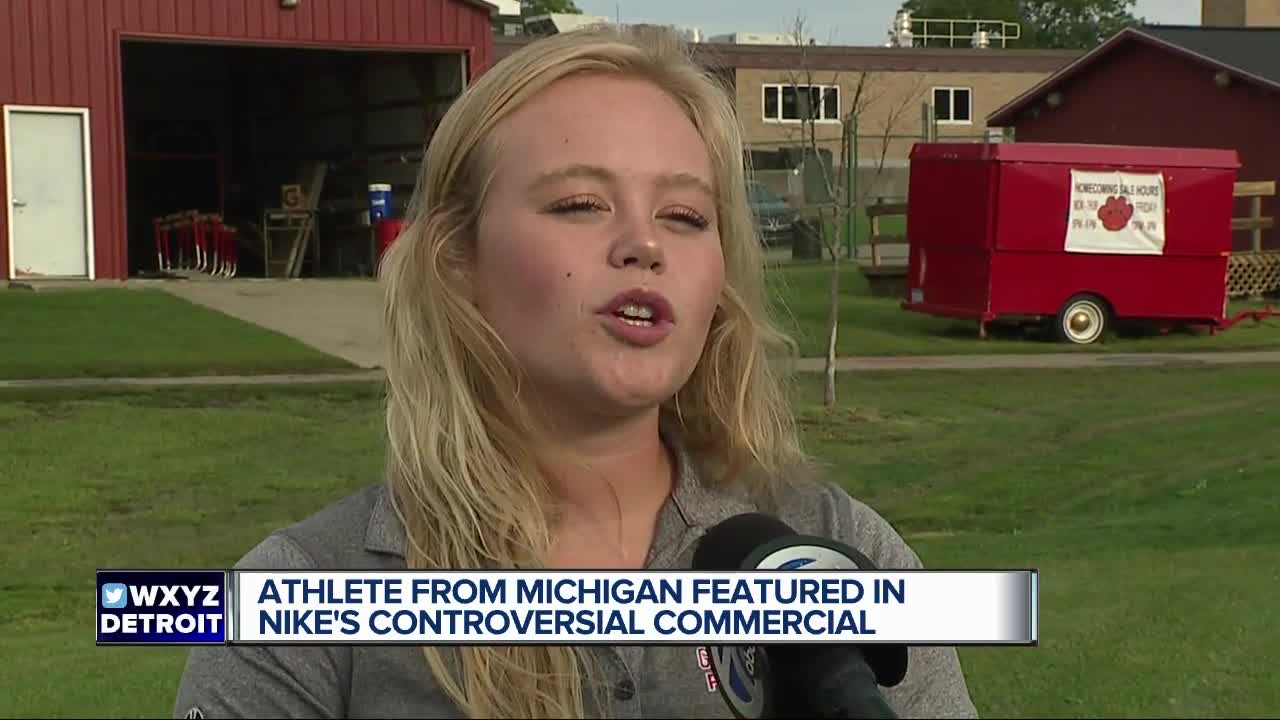 It's Nike’s newest commercial featuring athletes breaking barriers and beating the odds, and it features an athlete from Michigan.

The commercial is garnering both controversy and criticism, and features former San Francisco 49ers quarterback Colin Kaepernick, who’s been widely criticized for kneeling during the national anthem in protest of police brutality.

Grand Blanc resident Alicia Woollcott not only played varsity football, but was her high school's homecoming queen. She’s now featured in Nike’s new commercial titled “Dream Crazy,” with a message that states that anything is possible.

"I love it personally," Woollcott said. "I love that they took these big powerful influential people and they also took small town people like me, just like real live people, who got to live out their dreams and put them altogether because it is real life."

"I had an on the phone interview with them. (I) didn’t actually know it was for Nike until I got there," she said. "Somebody called me a couple days later and said, 'Hey, you got the thing, like you got the part.'"

For Woollcott, the commercial represents everything right about perseverance, strength and the power of positivity.

Despite major controversy surrounding the ad and Kaepernick kneeling during the national anthem as a way to call for an end to police brutality, Woollcott says the commercial's message is more than the people in it.

"If you strip away all of the politics about it, the basic message is: stand up for what you believe in no matter what people say," she said.

Woollcott added that she hopes the commercial not only inspires others, but is also the start of something special.