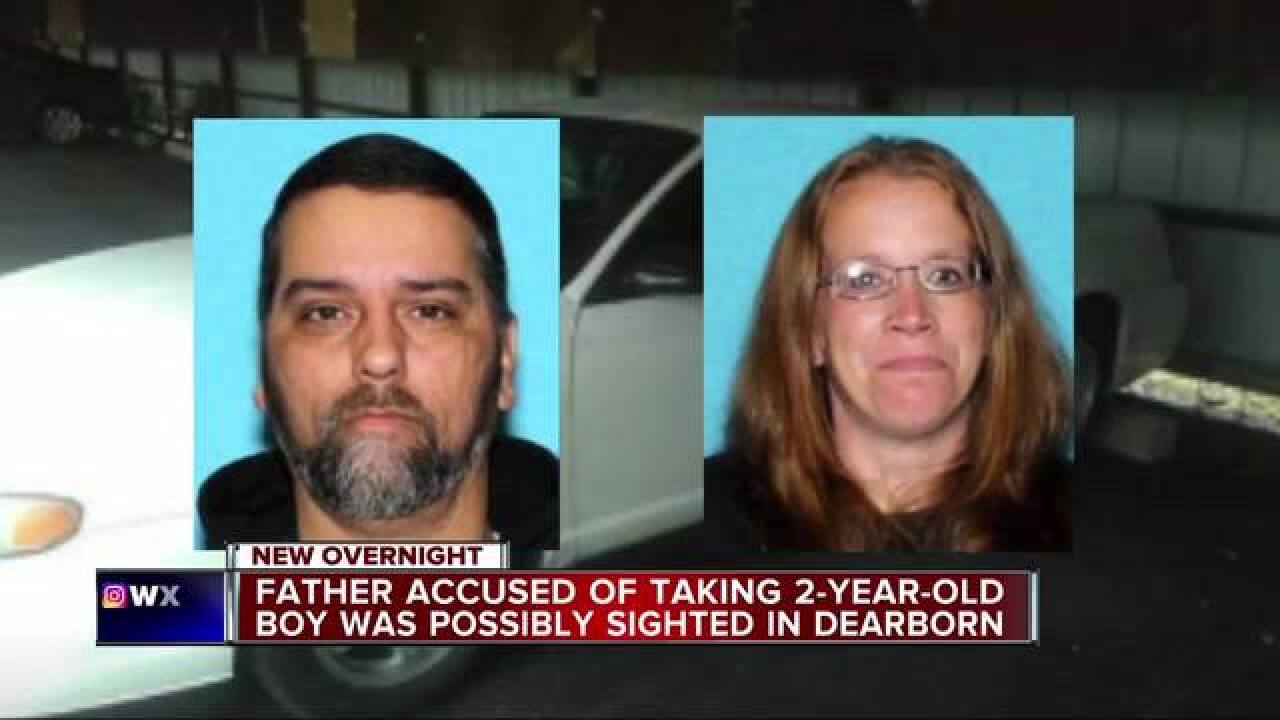 Michigan State Police say they have received a report regarding the possible sighting of a man wanted for abducting his child.

Investigators say Scott and Crystal Harris ran off with their 2-year-old son Jayden Harris, in an attempt to keep Child Protective Services from taking the child.

MSP says a couple from Saginaw reported they possibly spotted the father in Dearborn around 2:30 p.m. on Thursday. They reported the man was seen near a McDonald’s on Ford Rd. near Schaefer.

They say he was in a car matching the vehicle the family is believed to be traveling in: a white 2005 Chevy Monte Carlo.

There was no sign of the mother or the little boy.

The 2-year-old was first reported missing from Marysville on Monday.

Police say this is not the first time the parents have lost custody of their child.

Family members say they believe the couple may be hiding out in Port Huron, or may be traveling to Indiana.

Police need your help to find them, if you see them call police immediately.