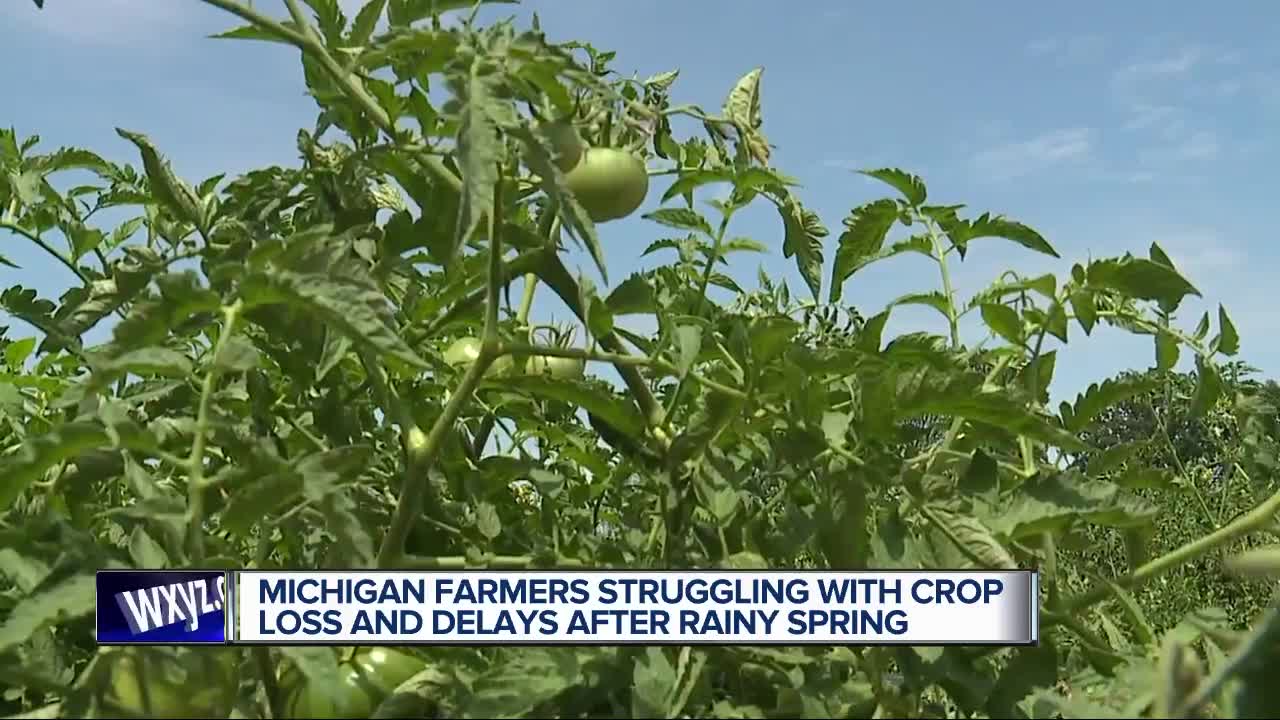 Michigan's farmers are hoping for a better year next year after dealing with rainy weather and late planting this year.

(WXYZ) — Farmers in Michigan are struggling.

While national discussions focus on the plight of agriculture communities as trade wars escalate, the weather has proven to be part of a one-two punch this growing season in Michigan. The latest report from the USDA indicates that nearly 20 percent of crops weren’t planted in Michigan.

“If you go down to Adrian, there were thousands of acres that guys could not get planted,” said Kurt Wilczewski — a farmer who says he’s still waiting on the crops he was able to plant in Livonia County.

Those that were planted, didn’t fare well.

“We tilled the ground and we planted it, a week later, we got another 3 inches of rain, killing about one-third of it,” he said.

On Tuesday, the Michigan House and Senate Agriculture committees held a joint meeting at Michigan State University to discuss the issues that have come with an overly rainy spring.

Back in June, 7 Action News took our viewers to Monroe County, where farmers were panicking that corn crops weren’t planted. At the time, it was unknown how bad the situation could become, though farmers noted they were running out of time to plant corn, and soy bean crops — two of the larger cash crops in Michigan’s $100 billion agriculture industry.

On Tuesday, experts discussed that latest reports that indicate at 870,000 acres of land weren’t planted on what is now considered the third wettest season ever recorded in Michigan.

Those numbers don’t account for the tens of thousands of acres that were planted in ground that was too wet to support strong crops. When the ground is too wet some plants won’t take root at all; those that do won’t develop a deep enough root system — making them susceptible to being blown over, and uprooted.

Tom Woelmer farms in Monroe County, and told 7 Action News that it’s affected everyone from smaller family farms, to the larger companies that have deals with national companies.

“This is about 55 acres,” Woelmer said, pointing to one of his many parcels of land that hasn’t seen a single seed of corn. “So, if you can imagine, nationwide, there are 10 million acres of corn not planted; that’s the full picture.”

States like Indiana, Illinois, Iowa and Ohio are also dealing with poor conditions. Nationally, Michigan is the eighth hardest hit state but it’s 17.3-percent of unplanted crops more than doubles the national average of 7-percent.