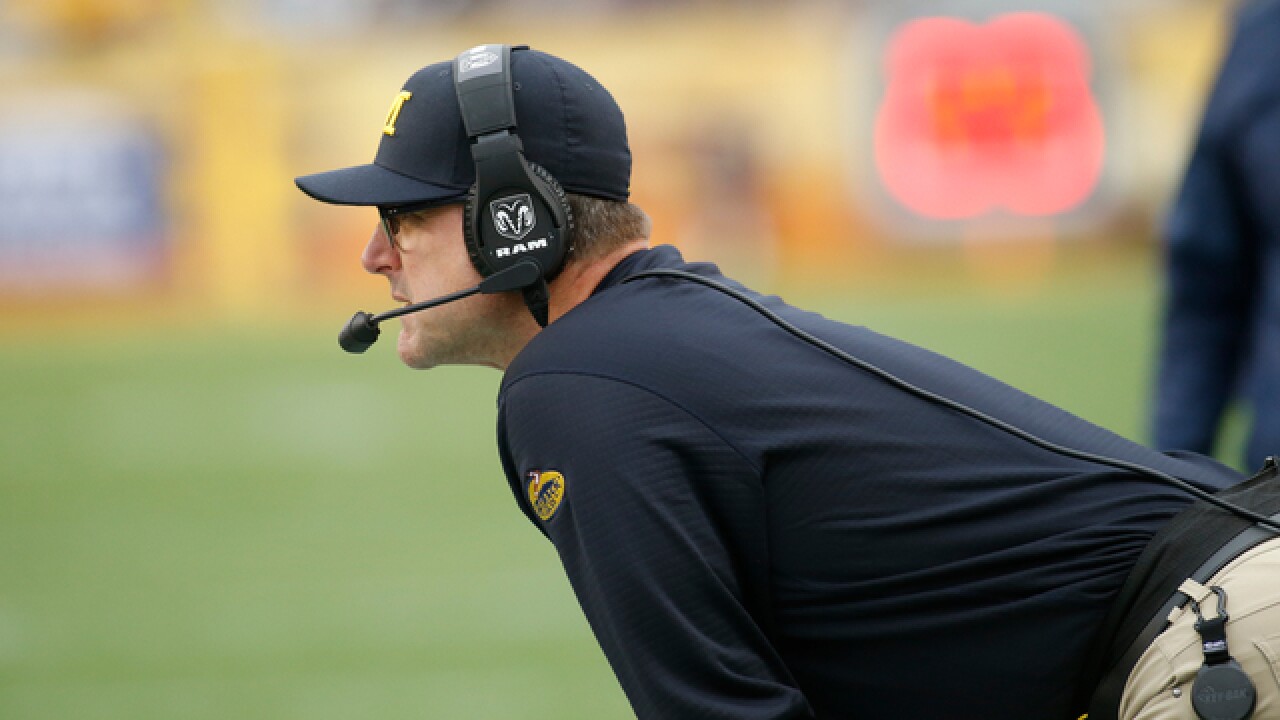 After moving forward the kick off a couple of hours, the University of Michigan has canceled the 2018 Spring Football Game due to weather concerns.

The game was scheduled for Saturday, April 14 and the weather patterns project a high percentage chance for rain and thunderstorms, according to the university.

According to the university, the game will not be rescheduled.

"We want to ensure the safety of our fans as well as the student-athletes and staff," Athletic Director Warde Manuel said in a release. "We also wanted to provide as much notice in advance for fans and the families of our players that were considering attending."

"We are disappointed for our fans and players' families that this opportunity to see our team compete at Michigan Stadium will not be possible due to weather concerns," Head Coach Jim Harbaugh said. "We made a decision that was in the best interest of our fans, student-athletes and volunteer staff needed to organize this event."