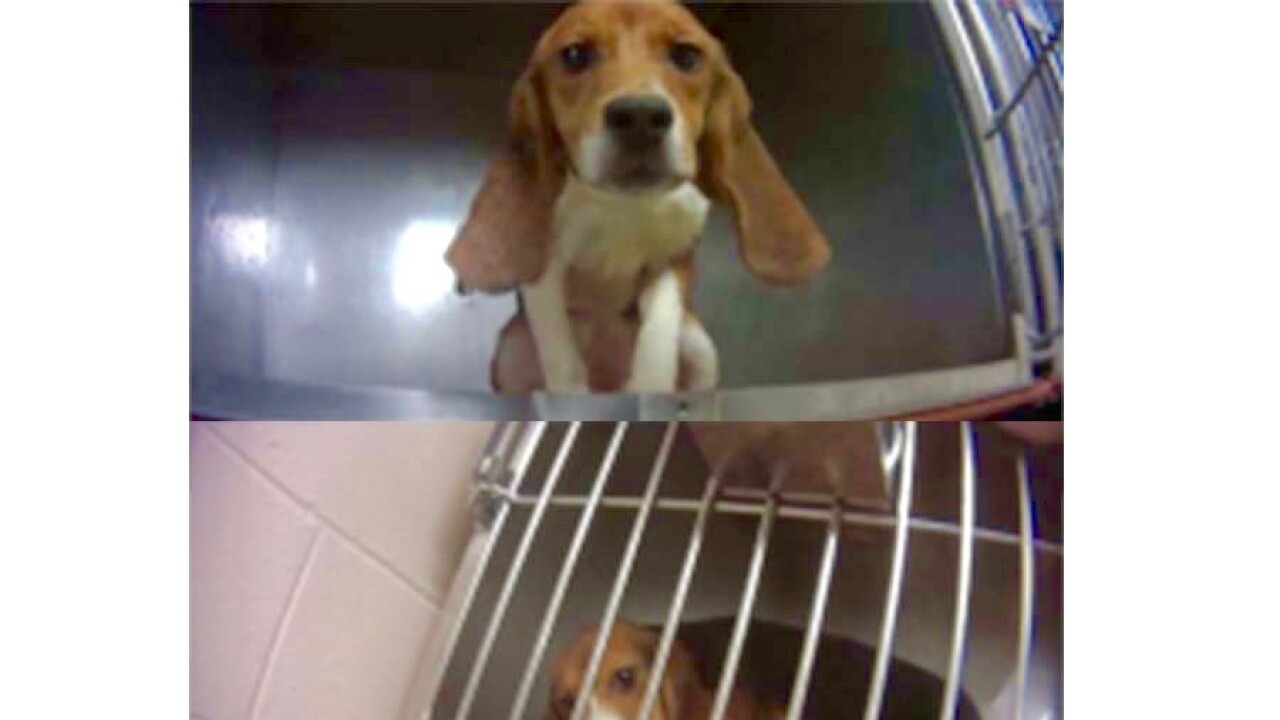 (WXYZ) — Following an undercover investigation by the Humane Society of the United States and an outcry from the public, Corteva Agriscience announced Monday that it would stop tests on 36 beagles.

The investigation revealed that 36 beagles were being injected with pesticides and other drugs at Charles River Laboratories in Michigan.

According to a press release, Corteva Agriscience commissioned the laboratory to "force-feed a fungicide to beagles for a year." Some of the dogs were given extremely high doses of the pesticide, and the dogs that survived to the end of the year-long study would be killed.

Corteva Agriscience is a division of DowDuPont.

We've been working to refine, reduce, & replace animal tests for years. Today we’re pleased to announce our efforts resulted in a waiver & we can stop the study. We’ll make every effort to rehome the animals. Please read our full statement. pic.twitter.com/SQc5RJg41M

“We applaud Dow AgroSciences (Corteva AgriScience) for making the right decision by ending the one-year pesticide test on 36 beagles at Charles River Laboratories in Michigan," said Kitty Block, president and CEO of the Humane Society of The United States. "This is a significant step that is critical to the welfare of the dogs. We now urge Corteva to work with us to get the dogs out of the laboratory and to our shelter and rescue partners so that they can be adopted into loving homes.”

Editor's Note: An earlier version of this story stated that Dow AgroSciences was responsible for animal testing in the Humane Society's investigation. Corteva Agriscience is the company that initiated the animal testing program.

Please read our updated statement in response to the report published yesterday by the Humane Society of the United States, which inaccurately attributes an animal testing study placed by @Corteva to Dow. pic.twitter.com/glNxWWJCRc