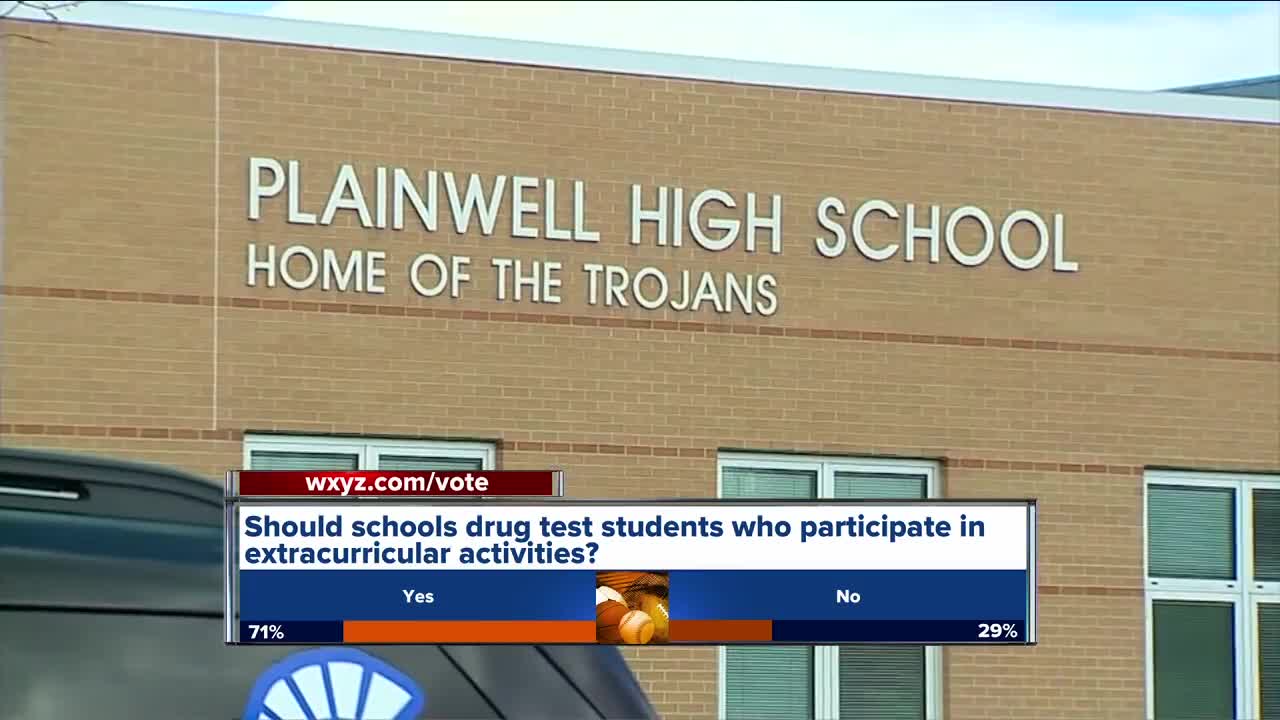 The testing is under consideration in Plainwell, which is north of Kalamazoo.

District officials say 10 percent of students in after-school activities would be tested randomly for nicotine, opioids, marijuana and meth.

A positive result would get the student's parents involved.

Students who test positive would have to miss 25 percent of the team's games, but they would still be able to practice, officials say.

The proposal will be discussed at a school board meeting in two weeks.