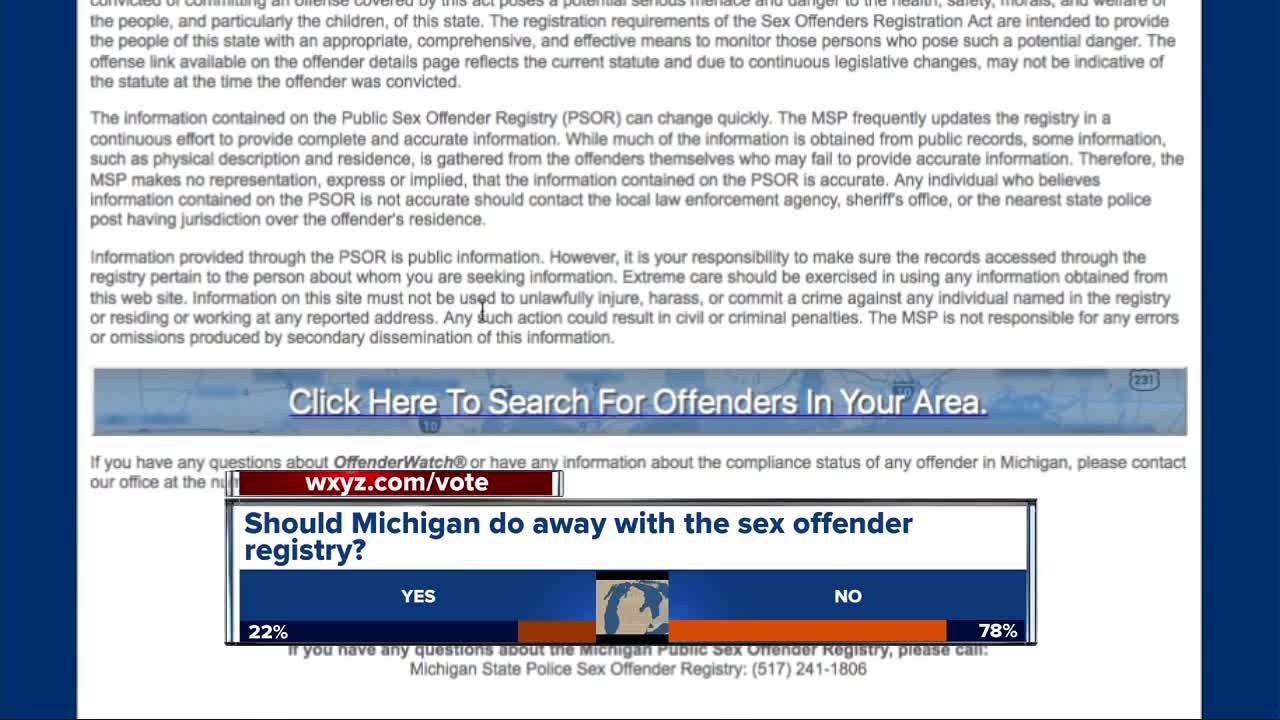 When you look up sex offenders in your neighborhood, should all the people you see really be on the list? 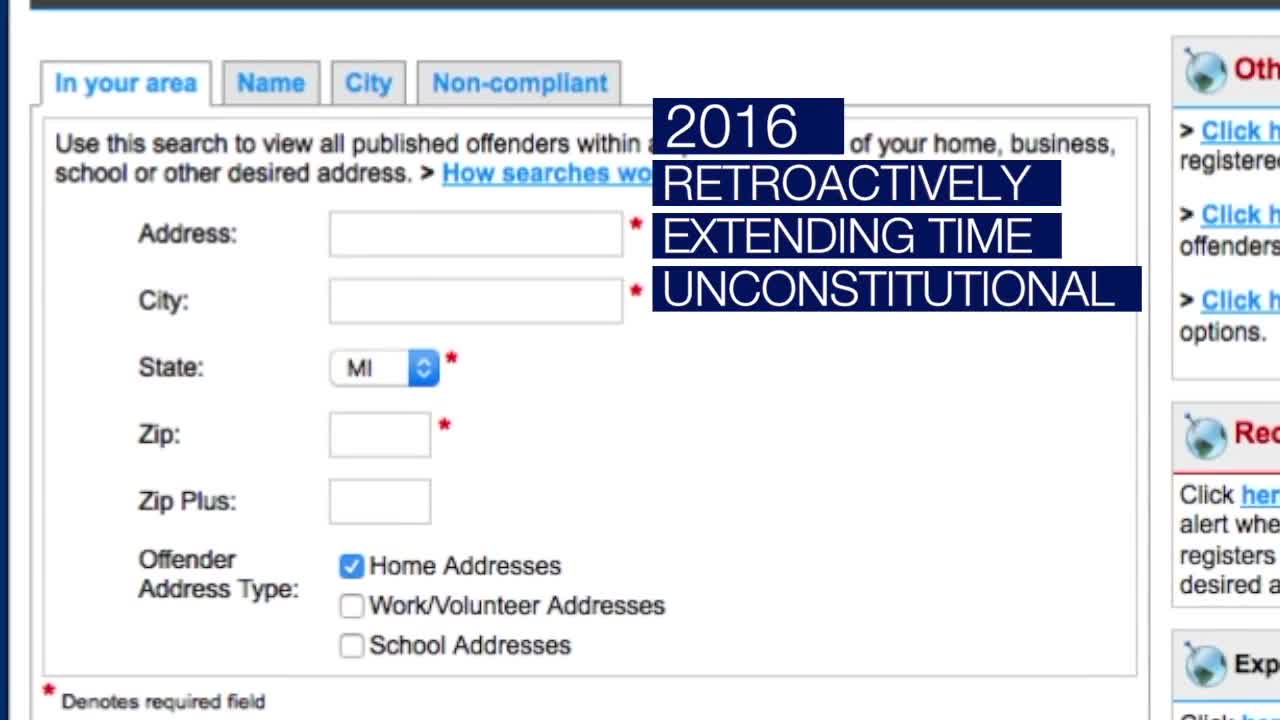 (WXYZ) — When you look up sex offenders in your neighborhood, should all the people you see really be on the list?

A federal court’s decision could indicate the answer is no. It ruled that parts of Michigan’s Sex Offender Registry Act are unconstitutional. What is coming next has victims of sex offenders and all of their families concerned.

“Their injuries last their entire life," asked one mom, who spoke anonymously to protect the children she helped. "Why should the predator not be with the same kind of stringent laws against him?”

They told her they saw Timothy Holbert, who lived in Springfield Township at the time, watching child pornography. He is now in prison for having 8,000 images of child pornography. When he is released, his sentence says he will be on the sex offender registry.

“That behavior has consequences for life, period,” the mom said.

The sex offender registry in Michigan has gotten bigger over time. When created in 1994, only police could look at it. In 1999, it went public online. Then in 2006, lawmakers banned all people on the list from loitering within 1,000 feet of a school.

The ACLU is hoping the Michigan Supreme Court forces change.

The court heard David Snyder’s case last week. He pleaded guilty, before a public sex offender registry existed, to fourth-degree criminal sexual conduct. He says forcing him publicly register until 2028 amounts to an increase in his sentence after the fact.

“It is really a kind of lifetime supervision and that might be appropriate in certain cases, for someone that is truly high needs or high risk, but it is not effective for 44,000 people and the police can't do it effectively,” said Miriam Auckerman, an attorney with the ACLU.

“He felt judged all the time and that just wore on him,” said Frances Giordano, the mother of a man who for a time was on the registry.

She says being recognized as a sex offender brought him such anxiety he turned to drugs, costing him his life. She wants experts to analyze whether people are a danger to society before they are ever put on the registry.

“It is just amazing to me," Giordana said "There is no chance for rehabilitation or reform or learning or anything. When you get trapped in that title and trapped on the registry for life."